Studies in Old World forficulids or earwigs, and blattids or cockroaches 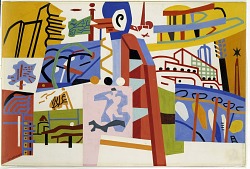 Smithsonian American Art Museum
This work is the only surviving design of the artist’s demolished mural for the Communications Building at the World’s Fair held in Flushing, New York, in 1939. This gouache was originally commissioned by Harper’s Bazaar magazine for its February 1939 issue. Impression of the New York World’s Fair is an interpretation of various architectural elements at the fair, such as the Perisphere and the Trylon, and of stripper Gypsy Rose Lee at center stage.

SI Center for Learning and Digital Access
Section of the online exhibit On the Water: Stories from Maritime America focused on the web of maritime connections between Western Europe, Western and Central Africa, and the Americas that made up the Atlantic world. Learn how Atlantic-based trade shaped modern world history and life in America. Topics covered are the tobacco and sugar trades, the Middle Passage and the transatlantic slave trade, and the piracy that plagued the Caribbean Sea and North American coast during this period.

SI Center for Learning and Digital Access
Teacher-created world history lesson in which students identify the basics of a society--the necessities they consider universal.

SI Center for Learning and Digital Access
Lessons that introduce two contrasting examples of the music of the Khmer people. Students participate in active listening, discussions of cultural context, and performance of ostinati and pentatonic melodies.

Music of the Seventh Continent

SI Center for Learning and Digital Access
Lesson in which students learn about the culture and music of Madagascar ""experientially,"" by performing a traditional song. Includes a map of Madagascar.

SI Center for Learning and Digital Access
Lessons in which students try their hands at the music of this West African nation. Includes interpretive movement and percussion performance. 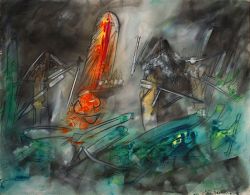 The New Old World: Antilles Living Beyond the Myth

Scientists have found traces of a forgotten city that existed 700 years before Alexander the Great founded Alexandria as part of his efforts to conquer the known world.

While studying Greek and Roman ruins in the waters around the Egyptian city, Jean-Daniel Stanley of the Smithsonian Institution's National Museum of Natural History and his colleagues discovered evidence of building construction that was much older than they had expected.

"It was serendipitous that what we found dates pre-Alexander," says Stanley, whose findings have been published in the August issue of the journal GSA Today. "We thought that there was a city, but you need to have something in hand. We have the first part of it. We have the timing."

Historians have generally agreed that some settlement—a modest fishing village, a more substantial walled center or possibly a fortified settlement—referred to in ancient histories as Rhakotis existed here centuries before Alexander arrived. But until this discovery, they lacked physical evidence.

The intent of the study had been to look at how catastrophic and human events contribute to cities submerging, and to apply the findings to cities like New Orleans and Venice. But, as Stanley and his colleagues have now confirmed, they ended up finding five critical indicators of human activity, including ceramics; rock fragments derived from Middle and Upper Egypt; and significant amounts of lead, heavy minerals and organic matter, dating back to 1,000 B.C.

Four years later, Stanley and his colleagues embarked on a more systematic study to confirm his discovery of the buried settlement, analyzing the sediment through archaeological, stratigraphical, petrological and geochemical methods. Among other tests, the researchers compared the site's ceramic fragments with those typical of the southeastern Mediterranean in the ninth to seventh centuries B.C. On average, Stanley found three to four traces of human activity in each sediment core.

Image by iStockphoto. Historians have generally agreed that some settlement referred to in ancient histories as Rhakotis existed centuries before Alexander the Great arrived. (original image)

"Looking at any one indicator [of human activity], you could find an explanation," Stanley says. "But the fact that you have five independent parameters—that's very robust evidence. I'd say it's a safe bet."

Typically, the top two layers of sand and mud in cores from East Harbor and mainland Alexandria contain pottery fragments, high concentrations of heavy minerals, organic waste, lead, quartz and crystalline and limestone, because these layers correspond to the era of rapid municipal development that occurred during the reign of the Ptolemies and Romans. Heavy construction, metallurgic activity and sewage runoff account for these remnants.

Until now, however, similar indicators had not been found in layers dated to pre-Greek times. Stanley and his colleagues extracted pottery fragments from locally produced cooking containers, heavy minerals and organic matter—all from sediment radiocarbon-dated back to seven centuries before 332 B.C.

The clinchers, says Stanley, are the concentration and composition of the lead found in one of the pre-Greek layers. The lead concentration was markedly higher than that found in sediments known to precede human contact—suggesting the presence of people—but milder than that from post-Alexander times. And while post-Alexander lead came from metallurgy, the lead in the pre-Greek layers was derived from clay used in pottery and mortar.

Both findings confirm not only human activity but also human activity in a distinctly different time and settlement than Alexandria, says Richard Carlson, a geochemist with the Carnegie Institution of Washington, D.C. who conducted the lead analysis and interpretation.

"The enhanced lead signal in the pre-Alexander sediment indicates that they were importing a substantial amount of clay and building a settlement," Carlson says. The lead composition changed in the post-Alexandria period, he says, with the increased use of metallurgy, paints and pigments.

Stanley and his colleagues are hesitant to make larger speculations about Rhakotis at this point, shying away from describing it as industrial but suggesting it may not be as modest as originally conceived.

"We've got evidence of humans—a good, hard base that there is something there," Stanley says. "Now that we've established this baseline, intense work could do an awful lot in this next decade to highlight where this town was, who was in it, and what they were doing."

SI Center for Learning and Digital Access
Lesson that introduces students to the history and culture of Ethopia through its traditional music. Concludes with an arrangement and composition exercise. 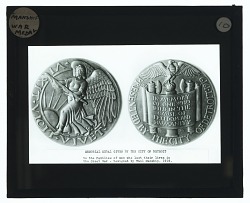 Identification (typewritten): Memorial medal given by the city of Detriot to the families of men who lost their lives in the Great War - Designed by Paul Manship, 1919. 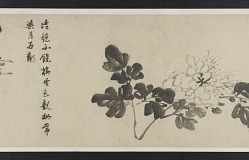 SI Center for Learning and Digital Access
Written version of Anthony Grafton's 2002 lecture titled, 'Magic and Technology in Early Modern Europe.'.In his lively and entertaining presentation, Grafton showed how 'the notion of a mathematical or artificial magic' rose from the ancient art of natural magic, embodied in such things as prayers and talismans, to the complex optical, hydraulic and mechanical devices that 'not only rivaled, but actually outdid, the creative powers of nature itself.' The machines and automata that emulated nature and the movement of living beings were so astonishing at first that the engineers had to seek independent authoritative testimony that the devices were the product of engineering skill, not occult practices.

Smithsonian in Your Classroom: Japan: Images of a People 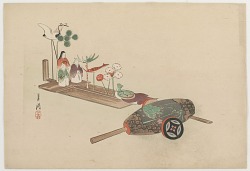 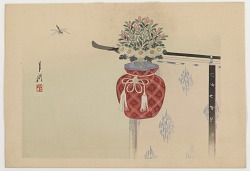 SI Center for Learning and Digital Access
Lesson plan has students read a Japanese folktale, Momotaro: Boy of the Peach, learn about Japanese culture and story structure, and create a children's book version of the Momotaro story to share with younger readers.

The Ways of Living, Ways of Giving Teaching Poster

SI Center for Learning and Digital Access
Teaching poster featuring the Kwakwakaï¾•_ï¾«wakw people of British Columbia, Canada. Includes lessons and activities about different value systems. Examines Kwakwaka'wakw traditions, such as the potlatch, which express concepts of wealth, values of giving, and the importance of cultural continuity.

SI Center for Learning and Digital Access
Website for the Smithsonian Associates, a cultural, educational, and membership division of the Smithsonian Institution, recognized as the largest and most esteemed museum-based continuing education program in the nation. Register for lectures, performances, studio arts, museum sleepovers, and more. Registration and fee required for most programs.
1-24 of 8,820 Resources