Did you mean: terrestris 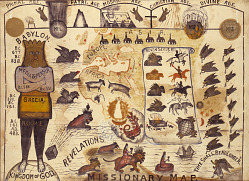 Navigation: Past and Present -- Lesson Plans and Information

By the dawn of the sixteenth century, the ancient art of navigation had begun to develop rapidly in response to  new advancements that enabled oceanic explorers to more accurately locate their positions without landmarks, to determine the locations of their discoveries, and to establish routes between the new-found lands and home. Although the relationship of certain heavenly bodies to time of day and terrestrial directions had been known since ancient times, the first two decades of the sixteenth century saw the rigorous application of astronomy and mathematics to navigation.

Navigation is based largely on the spherical coordinates latitude -angular distance north or south of the equator - and longitude - angular distance east or west of a generally accepted reference location, such as the Greenwich Observatory in London, United Kingdom.  Finding longitude requires  measuring the angle contained between the meridian of a particular place and some prime meridian, that was located in Greenwich, England, and expressed either in degrees or by some corresponding differences in time.  Mechanical time-pieces existed in the Elizabethan era, but until the late eighteenth century they had to be corrected frequently by sun sightings and were therefore almost useless aboard ship. Measuring latitude, on the other hand, does not require an accurate time-piece. Refinement of instruments enabled sixteenth-century mariners to determine latitude with reasonable accuracy.

An Earth analog (also referred to as a Twin Earth, Earth Twin, or Earth-like planet, though this latter term may refer to any terrestrial planet) is a planet or moon with environmental conditions similar to those found on the planet Earth (from Wikipedia).