How Debbie Harry Owned Her Sexuality

Smithsonian Channel
Early in her career, Blondie's frontrunner Debbie Harry got a lot of flack for her overt sexuality and explicit lyrics. Get Blondie's New York on iTunes now: https://itunes.apple.com/us/tv-season/blondies-new-york/id382434771?i=841285367 From: BLONDIE'S NEW YORK http://bit.ly/1m0SU98

Unfinished Volume of Foucault’s ‘History of Sexuality’ Released in France

Prior to his death in 1984, the French philosopher Michel Foucault published three volumes of The History of Sexuality, a seminal study of sexuality in the western world. He never finished the fourth volume, and explicitly stated that he did not want it to be published posthumously. But as Alison Flood of the Guardian reports, a French publisher recently released the final volume, with permission from Foucault’s family.

Confessions of the Flesh hit shelves last week, decades after the publication of the preceding volumes (The Will to Knowledge, The Use of Pleasure and the Care of Self). The publisher, Gallimard, has said that Confessions of the Flesh explores Christian doctrine between the 11th and 14th centuries. The first portion of the book links the ancient Greek notion of aphrodisia to Christian ideas of the flesh, while the latter portions explore attitudes towards virginity and marriage.

Foucault scholar Stuart Elden tells Flood that he views the fourth volume as crucial to unlocking the entire series, which traces contemporary thinking about sex back through the ages. The first volume deals with the modern period, while the second and third volumes contend with sex literature of the Greek and Roman worlds. According to the Internet Encyclopedia of Philosophy, the unpublished fourth book, which focuses on Christian history, “serves to link the second and third volumes to the first.”

The newly published volume is based on a handwritten version of Confessions of the Flesh, a typed but incomplete manuscript, and a third manuscript that Foucault had started to correct. “With all three versions in my hands, I realized that it was possible to have a proper final edition,” Henri-Paul Fruchaud, Foucault’s nephew, tells Peter Libbey of the New York Times.

Though Foucault specified in his will that he did not want his writing to be published after his death (in the book Foucault Now, John Forrester writes that the philosopher instructed his friends not to pull the “Max Brod-Kafka trick”), his family and heirs decided that the time had come to proceed with the publication of the fourth History of Sexuality volume. Foucault’s longtime partner, Daniel Defert, sold Foucault’s archives to the National Library of France in 2013. The sale made the material available to researchers, but Defert and Foucault’s family wanted a broader audience to be able to access the work.

“What is this privilege given to Ph.D students?” as Defert put it in the journal Revue Recto/Verso in 2010. “I have adopted this principle: It is either everybody or nobody.” 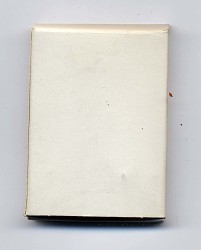 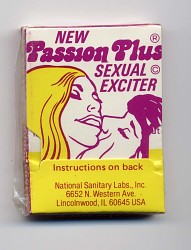 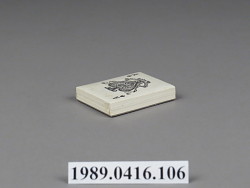 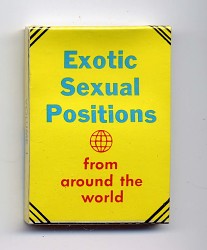 Exotic Sexual Positions From Around The World 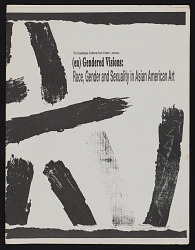 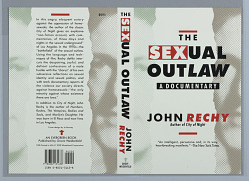 Cooper Hewitt, Smithsonian Design Museum
Front cover depicts the title "THE SEXUAL OUTLAW A DOCUMENTARY," in black with the word "SEX" cut out of a red rectangle. The phrase "A DOCUMENTARY" is also cut out of a black rectangle. Below the title is the first name of the author in black and their last name italicized in red. Framing this text are two short horizantal red bars. This text is superimposed on a tear between pixalated images of a figure's faces. Spine depicts the title and the name of the author in a similar format to the cover printed vertically above the Grove Weidenfeld colophon. Back cover depicts printed text in a tear framed by the pixalated images of a figures face. 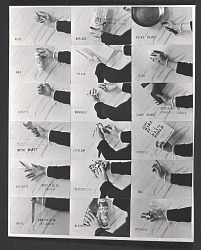 Smithsonian Libraries
It is commonly assumed that natural selection imposed by predators is the prevailing force driving the evolution of aposematic traits. Here, we demonstrate that aposematic signals are shaped by sexual selection as well. We evaluated sexual selection for coloration brightness in populations of the poison frog in Panama's Bocas del Toro archipelago. We assessed female preferences for brighter males by manipulating the perceived brightness of spectrally matched males in two-way choice experiments. We found strong female preferences for bright males in two island populations and weaker or ambiguous preferences in females from mainland populations. Spectral reflectance measurements, coupled with an -specific visual processing model, showed that coloration was significantly brighter in island than in mainland morphs. In one of the island populations (Isla Solarte), males were significantly more brightly colored than females. Taken together, these results provide evidence for directional sexual selection on aposematic coloration and document sexual dimorphism in vertebrate warning coloration. Although aposematic signals have long been upheld as exemplars of natural selection, our results show that sexual selection should not be ignored in studies of aposematic evolution.

Smithsonian Libraries
Background: Adult individuals of many species kill unrelated conspecific infants for several adaptive reasons ranging from predation or resource competition to the prevention of misdirected parental care. Moreover, infanticide can increase the reproductive success of the aggressor by killing the offspring of competitors and thereafter mating with the victimized females. This sexually selected infanticide predominantly occurs in polygynous species, with convincing evidence for primates, carnivores, equids, and rodents. Evidence for bats was predicted but lacking. Methodology/Principal Findings: Here we report the first case, to our knowledge, of sexually selected infanticide in a bat, the polygynous white-throated round-eared bat, Lophostoma silvicolum. Behavioral studies in a free-living population revealed that an adult male repeatedly attacked and injured the pups of two females belonging to his harem, ultimately causing the death of one pup. The infanticidal male subsequently mated with the mother of the victimized pup and this copulation occurred earlier than any other in his harem. Conclusions/Significance: Our findings indicate that sexually selected infanticide is more widespread than previously thought, adding bats as a new taxon performing this strategy. Future work on other bats, especially polygynous species in the tropics, has great potential to investigate the selective pressures influencing the evolution of sexually selected infanticide and to study how infanticide impacts reproductive strategies and social structures of different species.

Extremes of sexual dimorphism in size in birds

The Sexual Identity of These Snails is Complicated

Smithsonian Channel
Snails are hermaphrodites, so they’re capable of producing both eggs and sperm. Interestingly, their genitals aren’t where you’d expect. From the Series: Wild Castles: Carcassonne http://bit.ly/2SRqKXb