Is this on the test? Integrating American history into language arts 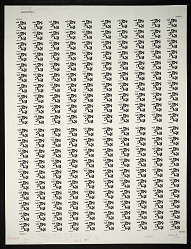 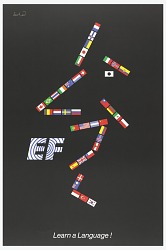 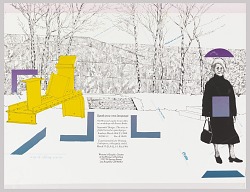 Speak Your Own Language 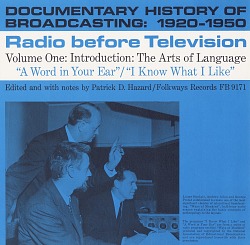 A documentary history of broadcasting, 1920-1950 [sound recording] : radio before television #1 ; Introduction: the arts of language / edited by Patrick D. Hazard

Notes by the editor, with script of programs, in booklet (8 p. : ill.) inserted in original container

The recording consists of two radio documentaries describing the role of language and expressive arts in culture from a standpoint of cultural anthropology. Both documentaries were produced and written by Lister Sinclair and released on the Folkways label with the goal of creating "a collective memory for mass communication" (per notes). 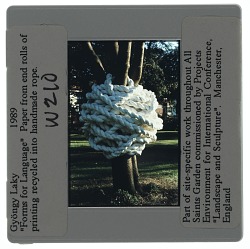 Archives of American Art
1 slide : col. ; 5 x 5 cm. Slide shows a sculptural work by Gyongy Laky, a ball of rope wrapped around the trunk of a tree.
Identification (handwritten): Paper from end rolls of printing recycled into handmade rope. Part of site-specific work throughout All Saints Garden commissioned by Projects Environment for International Conference, "Landscape and Sculpture," Manchester, England. 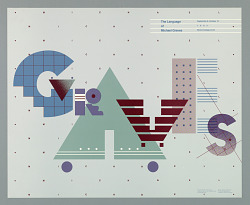 The Language of Michael Graves

Speak your own Language In celebration of Women’s History Month, March Object of the Day posts highlight women designers in the collection. “Images and words that reflect the authentic and varied life experiences of women are seldom valued or visible in public, printed communications, undermining our connection to the dominant culture. Lacking the graphic skills valued by that culture...

Researchers have cataloged close to 7,000 distinct human languages on Earth, per Linguistic Society of America's latest count. That may seem like a pretty exhaustive list, but it hasn't stopped anthropologists and linguists from continuing to encounter new languages, like one recently discovered in a village in the northern part of the Malay Peninsula.

According to a press release, researchers from Lund University in Sweden discovered the language during a project called Tongues of the Semang. The documentation effort in villages of the ethnic Semang people was intended to collect data on their languages, which belong to an Austoasiatic language family called Aslian. While researchers were studying a language called Jahai in one village, they came to understand that not everyone there was speaking it. “We realized that a large part of the village spoke a different language. They used words, phonemes and grammatical structures that are not used in Jahai,” says Joanne Yager, lead author of the study, which was published in the journal Linguist Typology. “Some of these words suggested a link with other Aslian languages spoken far away in other parts of the Malay Peninsula.”

About 280 people speak the language, which is called Jedek. According to Camila Domonoske at NPR, the cluster of Jedek speakers are part of a community of hunter-gatherers that once lived along the Pergau river but were resettled in northern Malaysia.

Yager explains in an interview with Domonoske that what made this language find so remarkable is that no one knew to look for it. While anthropologists have previously studied the village where Jedek is spoken, they did not notice or record the language. "[W]e didn't know that it existed at all. Most languages that are undescribed and undocumented, we know that they exist,” Yager says.

One of the reasons it went unnoticed in the past might be because there is not formal name for the new tongue. The researchers decided to dub it Jedek based on commonly used terms in the language.

According to the press release, the new language is reflective of the culture of the society which uses it. There are no words for ownership like stealing, buying or selling but there is a complex vocabulary about sharing and exchanging. That's because there is very little violence in the village, competition between children is discouraged and there are no laws, courts or professions. Instead, all people are expected to have the same skills needed for hunter-gatherers.

Jedek isn’t the only language discovered in recent years. In 2013, researchers found 800 people in the Indian state of Arunachal Pradesh speaking an unknown Tibeto-Burman language called Koro. Also in 2013, linguists in Australia found that 350 residents in the isolated town of Lajamanu spoke a language they call Light Warlpiri, a mix of English and two local dialects. That language is a recent evolution and most of the speakers are under the age of 40, meaning that it developed in recent decades as workers in the community were exposed to more and more English while working on ranches, bringing new words home to teach to their families. 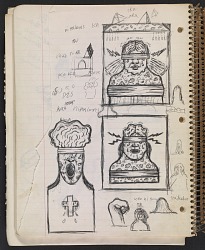 Archives of American Art
1 note : handwritten, ill. ; 28 x 23 cm. Date based on Yoshida's address on cover of notebook. Starting in 1974 he lived at a different Chicago address (information from Yoshida, Ray. 2013. Ray Yoshida's Museum of Extraordinary Values, p. 11).
Notebook contains lists of Japanese vocabulary words and verb conjugations. Most pages are blank. Several loose pages of notes on the study of Japanese are tucked into notebook.
Seven pages at end of notebook have sketches in ball-point pen.
Only one representative page has been scanned. 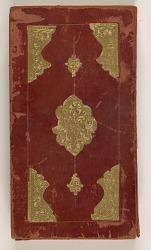 Mantiq al-Tayr (Language of the birds) 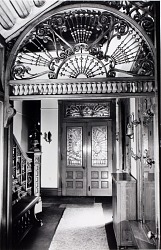 The Secret Language of Hands in Indian Iconography

Smithsonian Magazine
Unlock the meaning of these ancient gestures

Ars orientalis; the arts of Islam and the East

Speech with a drawl, twang, clipped consonants, broad vowels, slurred words or extra diphthongs might give away that the speaker is from the American South, Boston, the Midwest or elsewhere. The spice that a certain region may lend to spoken language can even be strong enough to flavor non-audible language as well. Indeed, American Sign Language (ASL) has its own accents. And like its audible counterpart, one of the strongest regional accents in ASL is that of Philadelphia residents, reports Nina Porzucki for PRI.

Researchers based at the University of Pennsylvania are documenting Philly ASL and asking exactly what makes it special. Leading the effort is linguistics lecturer Jami Fisher, who has a unique connection to the language: Her parents and her brother are all deaf, so she grew up signing in Philadelphia. She says she doesn’t sign with her hometown's accent, but she does understand it.

"When most people talk about a dialect, in spoken languages and sign languages too, a lot of what they center on are lexical differences, differences in words," Fisher tells PRI. "For example, the sign for hospital is exceptionally different from what standard ASL would be, among other things." She says that someone from another part of the country wouldn’t recognize some of the signs used by Philly ASL signers.

This striking difference comes from how sign language came to the United States, the researchers suspect. Before 1814, there was no standard American Sign Language. That started to change when a Connecticut minister, Thomas Hopkins Gallaudet, helped found a school now known as the American School for the Deaf. The co-founder of the school, Laurent Clerc, came from a school in Paris, so ASL is heavily influenced by French Sign Language.

Another school for the deaf opened in Philadelphia in 1820, with Clerc serving as one of its first principals. The school was popular enough that it expanded to a 33-acre campus at Mt. Airy, where it remained for 92 years, providing schooling as well as room and board for its students. It was that immersive, isolated environment that gave rise to the Philly ASL dialect, the researchers suspect. The dialect is strongest in the older members of the Philadelphia deaf community, many of whom attended the school. "We think that these older signers are signing in a way that is pretty similar to how it was longer ago, in the late 1800s and early 1900s," Fisher says.

But the Philly ASL accent - like the Philly oral accent - is in danger of disappearing. The researchers are working to videotape their interviews with Philadelphia’s deaf community (aided by Fisher’s father, who knows many of the people they are interviewing) and annotating the videos to preserve the uniqueness of Philly ASL, reports a press release from the University of Pennsylvania. Fisher notes that similar projects are happening in Australia, Brazil, Ireland, France, the Netherlands and beyond.

The 27th edition of the Duden, the dictionary considered the ultimate arbiter of the German language is out and the book contains 5,000 new additions to the Deutsche vocabulary, reports the German Press Agency. Among the new words are many derived from English, sure to fan the flames of critics who say that the publishers are allowing too many Anglo words into the dictionary.

Among the new words added to the 1,264-page reference book are many that stem from the current political climate, including Flüchtlingskrise, meaning refugee crisis, postfaktisch, meaning post-truth, as well as Brexit. Kopfkino, another new addition, means “mental cinema” or “daydream,” a word that seems like it must have been a major oversight for a language that enjoys such specific words as wildpinkler (someone who likes to urinate outside).

Deutsche Welle reports that along with politics, technology has pushed more English words into the German lexicon. Anglicized words added to the Duden include emoji, selfie, tablet, darknet and veggie. “Cyberwar” has entered as Cyberkrieg and online dating is called tindern.

The dictionary is unapologetic for cribbing words from other languages. “It’s simply a fact that many things in our lives are coming from the Anglo-American area, for example when one thinks of technical developments,” the dictionary’s managing editor Kathrin Kunkel-Razum tells the German Press Agency.

In 2013, after the launch of the Duden’s 26th edition, which saw the advent another 5,000 new words like der Babyblues, Kreditklemme (credit crunch), and das It Girl, critics were not happy with the slow creep of English into the language. Jeeven Vasagar at The Telegraph reports that the Verein Deutsche Sprache, a society dedicated to protecting the German language, was particularly upset by some imports and suggested the dictionary give preference to German. For instance, Vasagar reports, the society opined that that klapprechner be prioritized instead of “laptop.” But the makers of Duden argue that they do not determine how German is spoken and written by the public. Instead they simply reflect its current usage.

And the list of new words, Anglicized and otherwise, is growing rapidly. In 1880, when the dictionary debuted, it included 27,000 entries. Now it boasts 145,000 words.

The article A Scholar Diplomat’s Legacy: William Woodville Rockhill and His Chinese Language Books at the Freer Gallery of Art Library, by Lily Kecskes, former Head Librarian of the Freer-Sackler Library, and published in the Journal of East Asian Libraries, number 146 (October 2008), describes an important donation in the history of the Freer-Sackler Library. END_OF_DOCUMENT_TOKEN_TO_BE_REPLACED