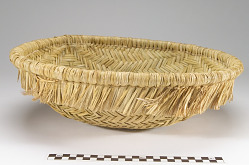 Considered one of the best natural history museums in the U.S., the Milwaukee Public Museum offers world-class exhibits of natural wonders, cultures and scientific discovery. Travel the world and celebrate the cultures of Africa, the Arctic, China, Japan, India, the Pacific Islands and Middle, Central and South America. Walk through the vanishing ecosystem of a Costa Rican rain forest. Visit the ancient civilizations of Egypt, Syria, Greece and Rome. The museum also features exhibits specific to the history of Wisconsin such as Streets of Old Milwaukee where hundreds of original period objects and structural elements reconstruct a bygone era.

Tucked away between major art players Milwaukee and Chicago, the Racine Art Museum (RAM) is surrounded by restaurants, bars, shops, galleries, and an urban beat reminiscent of Soho in New York—only smaller, and with cheaper parking. Sleek and modern, with translucent, opaque and iridescent architecture, the RAM holds a collection of artistic treasures that focuses on ceramics, fibers, glass, metals, and wood from nationally and internationally recognized artists in the craft movement.

In the shadow of the State Capitol building, just up the street from the University of Wisconsin campus, the Madison Museum of Contemporary Art features works of modern art from some of the most respected artists of the last century, including native daughter Georgia O'Keeffe, Romare Bearden, Cindy Sherman and Claes Oldenburg. The largest of the museum's new galleries, a 9,000-square-foot space with 18-foot ceilings, will enable the museum to mount exhibitions of an exhilarating scope and scale.

On Capitol Square in downtown Madison, the Wisconsin Historical Museum tells the story of the state's rich history from arrival of the earliest Native Americans to the successive waves of European migration. Explore Wisconsin's distinctive heritage and a variety of other American history topics through artifacts, photographs, dioramas, audio-visual presentations and interactive multimedia programs.

With just a small space devoted to its permanent collection (a small but stunning display of Chihuly, Lalique, and Steuben studio glass), the Leigh Yawkey Woodson Art Museum features ever-changing exhibits, so there's something new every few months, from Victorian needlework to Russian icons, from Egyptian objects to William Wegman photographs. Weather permitting, visitors can stroll the 4 acres of grounds along brick walkways and admire the Margaret Woodson Fisher Sculpture Gallery. The grounds also sport a formal English garden and shaded arbor with seating.

The Elvehjem is the art museum for the University of Wisconsin-Madison. Eight galleries feature selections from the museum's permanent collection of more than 17,500 works of art ranging from ancient to contemporary. Five of the galleries display European and American painting and sculpture but South Asian sculpture and East Asian scroll-painting can also be seen here.

Frank Lloyd Wright is widely regarded as America's greatest architect. Wisconsin, Wright's former home, is rich in public buildings and private residences created by the architect, including his own estate. Taliesin East emerges from behind a hillside in the Wyoming Valley, as a breathtaking work of wood and stone by Wright. Described as one of the greatest landscapes in America, the 600-acre estate was Wright's home and studio and it was here, among his beautiful objets d'art, which include Asian prints, Native American artifacts, Mission-style furniture and pottery, that Wright found his inspiration.

The Wright-designed First Unitarian Society Meeting House on Madison's near west side was completed in 1951 and is recognized as one of the world's most innovative examples of church architecture. The structure was constructed of native limestone and oak with large glass areas, a soaring copper roof and a deep-red concrete floor. One of its most prominent features is a prow made of interlacing glass and wood that creates an inspiring, light-filled space in the auditorium.

About an hour's drive north of Madison, the Seth Peterson Cottage stands on the edge of a wooded bluff overlooking picturesque Mirror Lake in Mirror Lake State Park. The only Wright-designed house in the world available today for public rental, the cottage was originally designed for a Wisconsin native with a lifelong interest in Wright's work. The elegant yet simple structure has been described as "having more architecture per square foot than any other building (Wright) ever designed." It can be rented for special events, meetings and overnight getaways, and public tours are given the second Sunday of each month.

Revered as one of "America's Castles," the Paine Art Center and Gardens is a unique combination of historic mansion, art galleries and botanical gardens. Experience the grandeur of a Tudor Revival manor house, a world-class collection of French and American landscape paintings and exquisite decorative objects. Surrounded by three acres of twenty themed garden design areas, the Paine offers a source of inspiration for art and nature lovers alike.

Established by an Act of Congress in 1958, the National Railroad Museum is home to thousands of artifacts and more than 70 pieces of rolling stock including diesel, steam and electric locomotives, and passenger and freight cars. A must-see is the largest steam locomotive ever operated, Union Pacific No. 4017 Big Boy. Admission fare includes a train ride aboard vintage rollick stock with historical narrative provided by the conductor.

The Circus World Museum houses the largest circus history collection in the world. Baraboo was the birthplace and home of the Ringling Borthers as well as the winter headquarters of their world-famous circus from 1874-1919. Home to more than 270 priceless circus parade wagons, the collections is the most extensive of its kind anywhere in the world. Visitors can also explore several buildings filled with model circuses, costumes, props and a collection of more than 10,000 circus posters. 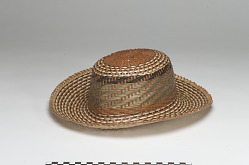 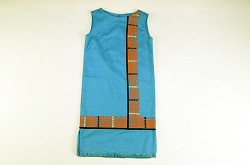 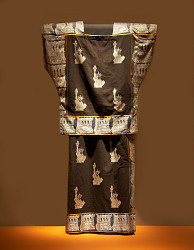 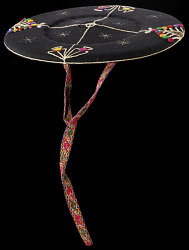 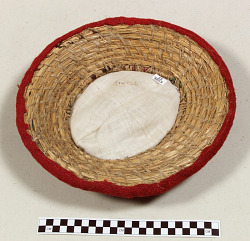 National Museum of African Art
Headband composed of two long beaded strips with multi-colored geometric motifs on a white background with a band of black and white beads. 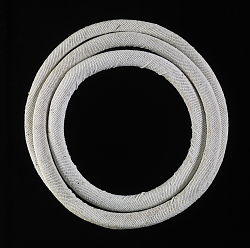 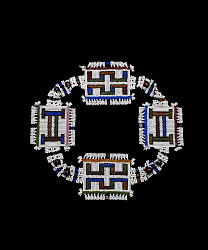 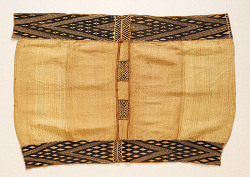 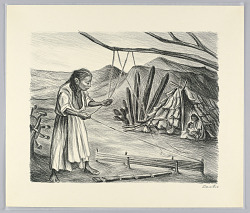 Cooper Hewitt, Smithsonian Design Museum
A woman in the foreground, left, working the fibers of the maguey plant over a frame. Spindle at left. A shelter in the background, right, with a woman and child seated in the doorway. 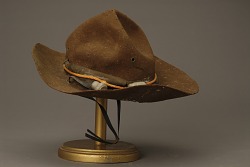 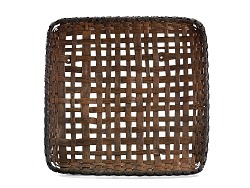 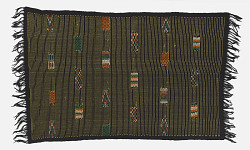 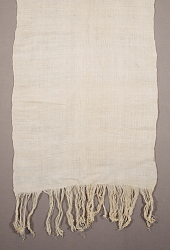 National Museum of African Art
Single panel textile, white in color and with fringe at either end, woven of spun mulberry silk. The texture of the wrapper is a bit rough, due to the particular way in which the silk fibers were prepared. 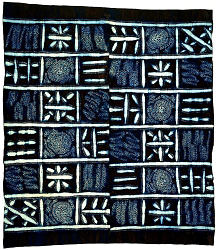 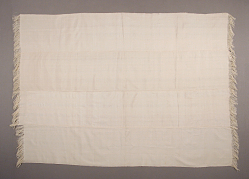 National Museum of African Art
Four panel textile, white in color and with fringe at either end, woven of reeled mulberry silk. Three of the panels are roughly of equal length and width. A fourth is slightly shorter and, when joined, results in an uneven fringed edge at one end. 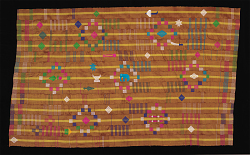 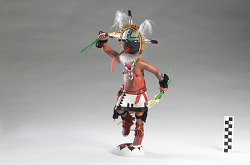 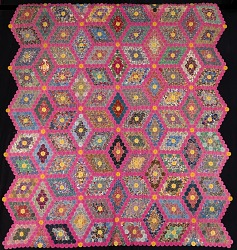