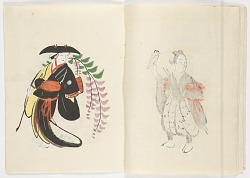 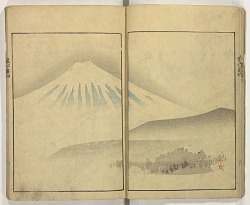 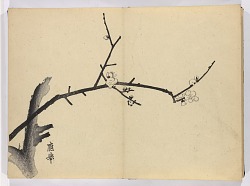 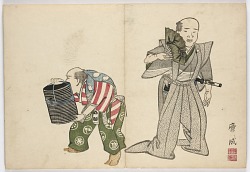 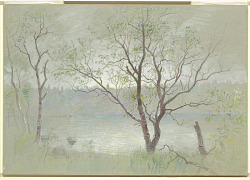 Since his 5,300-year old mummified body was discovered in the Ötztal Alps between Italy and Austria in 1991, Ötzi the Iceman has been studied in incredible detail by researchers. Not only have they found that the ancient European was between 40 and 50 when he died, they discovered that he was murdered. Just in the last year, researchers have revealed what the ice man wore, what his voice may have sounded like and that he had calcification in his arteries. A look at his stomach contents in 2011 showed that the ice man’s last meal consisted of cooked grain and meat from an ibex, a type of wild goat.

Now researchers say that further testing shows that it wasn’t just goat meat—Ötzi’s last meal included goat bacon. The Local reports that Albert Zink, a mummy specialist from the European Academy of Bolzano analyzed the goat meat found in Ötzi’s stomach. Looking at the nanostructure of the proteins, he was able to determine that the meat had never been cooked. Instead, it was dry-cured, making it into a product similar to prosciutto.

Zink points out that Ötzi was not carrying a bow and arrow with him while traveling in the mountains, meaning it was unlikely he was hunting fresh meat. Raw meat would probably spoil. So it makes sense that the ice man traveled with cured meat. “It seems probable that his last meal was very fatty, dried meat—perhaps a type of Stone Age Speck or bacon,” Zink tells The Local.

But that’s not the only secret Zink has pulled out of Ötzi’s tummy. In a study that appeared in Science earlier this month, Zink and his team also found the oldest known Helicobacter pylori bacterium in the ice man, the pathogen that has been linked to the development of ulcers and gastric cancer. According to Laura Geggel at LiveScience, the researchers took 12 biopsy samples of Ötzi's stomach and intestines, then separated out the various strains of H. pylori found in his food, the soil he was exposed to and the bacteria that infected the ice man himself. They isolated the pathogen, finding that Ötzi had a particularly virulent strain of the bacteria, and that the ice man likely had a reaction to the bug, as do one in 10 people. That meant he may have suffered from ulcers or stomach problems as a result.

The H. pylori also helps researchers track migration of people into and out of Europe. The fact that Ötzi had a strain that Europeans share with Asian populations and not the North African strain most people have today, reports The Local, means the populations probably had not mixed yet significantly. “We can say now that the waves of migration that brought these African Helicobacter pylori into Europe had not occurred, or at least not occurred in earnest, by the time the iceman was around … 5,300 years ago,” Yoshan Moodley, a professor in the Department of Zoology at the University of Venda in South Africa and co-author of the study says.

Whatever the condition of his stomach, Otzi likely didn’t have a chance to feel indigestion after snacking on the dried ibex. “The iceman felt secure and had a rest with a large meal,” Zink tells Andy Coughlan at New Scientist. “At a maximum of 30 to 60 minutes later—because otherwise his stomach would have emptied—he was shot from behind with an arrow.”

And while Ötzi might have been fond of charcuterie, researchers found that he didn’t order the cheese plate—The Local reports the analysis also showed that he did not have any dairy products in his stomach at the time of his death. 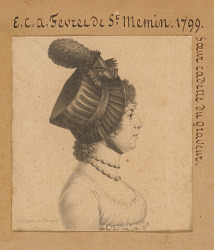 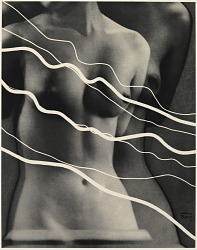 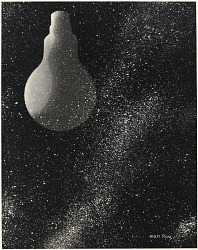 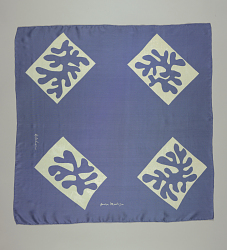 Author: Maleyne Syracuse September is New York Textile Month! In celebration, members of the Textile Society of America will author Object of the Day for the month. A non-profit professional organization of scholars, educators, and artists in the field of textiles, TSA provides an international forum for the exchange and dissemination of information about textiles...

Duane Flatmo discusses his work Tin Pan Dragon, a 23-foot animated sculpture built of steel tubing and recycled aluminum, in the exhibition “No Spectators: The […]

Ã¢â¬ÅOff the Beaten TrackÃ¢â¬ï¿½: A road trip through the Archives of American Art

The first mental image of Jackson Pollock is often of a balding middle-aged artist, back bent with cigarette dangling while flinging chaotic swirls of paint […]

The post “Off the Beaten Track”: A road trip through the Archives of American Art appeared first on Smithsonian Insider. 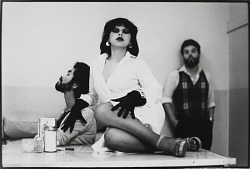 Smithsonian American Art Museum
The now-defunct conceptual art group Asco coined the phrase “No Movie” to refer to their fabricated film stills of nonexistent films. One such production, À la Mode, features a glamorous Patssi Valdez sandwiched between two men (Gronk and Harry Gamboa) as if to suggest a love-triangle movie plot. Asco circulated this image to news outlets where it was published as evidence of a real film. Asco’s media interventions, which placed Chicanos in control of their own public images, reveal the hunger for a broader range of Latino representations.

Our America: The Latino Presence in American Art, 2013 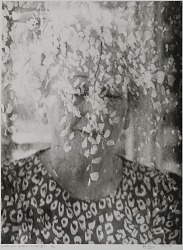 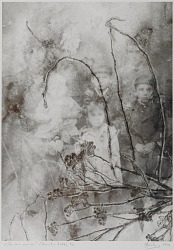 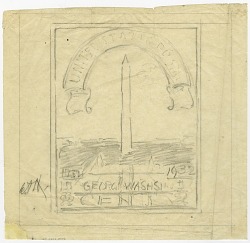 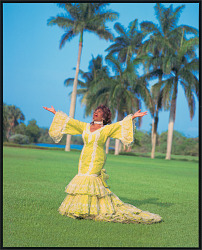 Celia Cruz’s dynamic performances, rich voice, and flamboyant attire brought her to the stage of Havana’s famed Tropicana nightclub in the 1950s. Shortly after Fidel Castro seized power of Cuba in 1959, Cruz left the island for a one-year contract in Mexico, never to return. She defected in 1961. Eventually, Cruz settled in New York City, where her music was initially considered old-fashioned. By the 1970s, however, when the new genre of salsa saturated the airwaves and filled the nightclubs, she had become its reina (queen). Her songs, while speaking to pan-Latino audiences, also became a direct connection to Cuba for the thousands of exiles living in the United States and elsewhere in the world. As artist Alexis Rodríguez-Duarte has noted, Cruz “brought [people] home again.” For this portrait session held in Miami, she sang acapella in a traditional guarachera dress while placed against a backdrop that evokes 1950s Havana. 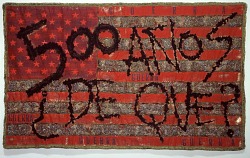 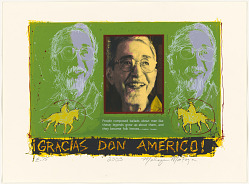 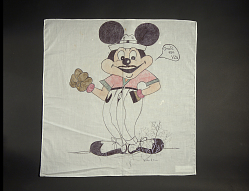 National Museum of American History
As this paño humorously titled Orale ese vato (Spanish for roughly, right on, man) shows, one characteristic of Chicano art is that it avidly consumes and reconfigures both American and Mexican pop culture with its own slang, looks, and attitude. A paño is a hand-drawn handkerchief traditionally designed by Chicano prisoners. Like a letter that retells memories of both good and bad times, paños are often mailed as gifts to friends and loved ones. Valued as a vibrant popular art that overlaps with muralism, tattoo design, graffiti, and auto airbrushing, paños and their makers are receiving increased exposure for their visual storytelling abilities. An illustrator and a muralist known for depicting Chicano themes, Walter Baca (1947-1993) designed this paño in New Mexico in 1992.
49-72 of 187,927 Resources