Design It Yourself: Design a Pencil

Follow along to design a pencil that will be comfortable to hold through a long school day.

Potlatches are Athabascan ceremonies marking significant events in life. They are a time when cultural values are practiced, including honor, respect, gratitude, responsibility, gifting and reciprocity. This site provides materials for students to learn about Potlatches and generally about the Athabascan peoples of Alaska. Photographs with in-depth captions give information about Athabascans in the past and today. Short essays and museum objects featuring Elders’ discussions allow students to learn directly from community members. Questions and writing projects in the education unit help students understand and apply what they have read, and find shared cultural values in their own lives.

Design It Yourself: Design a Mobile Food Service

Follow along to design a mobile food service that helps to get locally grown food to your home.

Design It Yourself: Design Transportation

Follow along to design a way to make transportation more comfortable.

Design It Yourself: Design a Green Roof

Follow along to design a green roof or roof garden that will help keep a city or building cool.

Design It Yourself: Design a Habitat

Follow along to design a habitat that can exist within an urban space.

Design It Yourself: Design a Streetscape

Design It Yourself: Design a Bus Stop

Follow along to design a bus stop that keeps you warm. 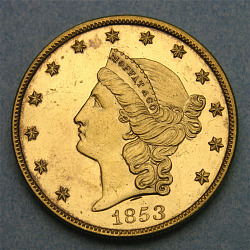 This playlist on economics is designed for self-guided learning with intermittent check-ins for elementary age students. The learning tasks are divided over five days, designed for 30-35 minutes per day, and build on each other. However, students are able to work on this playlist at their own pace. They will engage with primary and secondary sources as well as visual, video, and written texts. Students have the option to complete the tasks online by connecting through Google classroom or access Google doc versions of each formative and summative assessments for work online and/or offline. By the end of the week, students will create a marketplace that demonstrates understanding of basic economic principles.

*Social Studies and Visual Arts standards vary by state for elementary grades. We recommend educators and caregivers consult their student and child's state standards for these two subjects.

This is a collection of photographs by Chuck Mintz from his Lustron Stories and Hardware Store series. Mintz uses a large format camera.

This collection will teach you about how Renaissance artists changed the style and focus of art in the period between 1300 and 1600 CE. When you are done, you should be able to thoroughly answer the question: How did the art of the Renaissance reflect the new emphasis on humanism and science?

First, review the painting, Raphael's School of Athens, and learn about the new techniques used.

Then study the additional works in the collection and try to use them as examples of the different techniques. Some of the works are from the Renaissance period and others are more modern interpretations. A worksheet is included at the end of this collection to record your work.

Finally, test your knowledge with a quick quiz. Use your worksheet to help!

Subject: Self Portraits and Selfies

This is a sampling of photographic self-portraits.

Professional and amateur photographers have been turning the camera on themselves since photography started.  There are a number of strategies and tools that professional and amateur photographers have used, including mirrors, cable releases, timing devices, and simply turning the camera around at arm's length.  Cell phones now allow almost effortless self-portraits, known as "selfies."

For additional images, search at collections.si.edu. 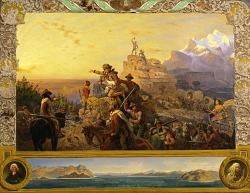 Is the Westward Expansion justifiable?

The compelling question allows for positive and negative aspects of the movement to come to light. The supporting questions show the reasons for Americans to move west as well as the repercusions that the Native Americans endured.

This collection was created to support an online class for elementary teachers focusing on STEM individuals as we study "Who Did It First?. 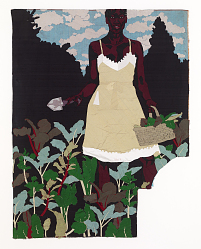 G is for Victory 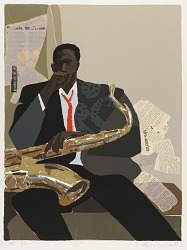 All That Jazz: An Introduction

I created this collection for families to do together while schools are closed. I will be making a collection a day while we are out of school. Today we will be exploring Jazz. The idea is for families to look at the items in the collection and consider what they see in the objects and paintings, what they think, and what they wonder. Families can also watch a free Brainpop video about jazz, read articles about Jazz, and listen to the read aloud Rent Party Jazz. At the end of the collection I have provided a few ideas for families about what to do next.

A study of Black youth in America throughout the decades 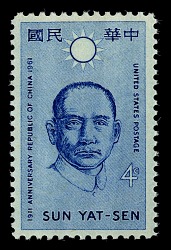 Students will create and name at least two groups to sort the numbers into.

A Celebration of African Americans at NASA

In 1961, NASA selected its first African American astronaut candidate by the name of Edward Dwight Jr. Although he never flew in space, his selection as an astronaut candidate was a public display to integrate the space agency. Until then, NASA only had white male astronauts flying even though African American scientists, mathematicians, and engineers had been working for the agency for more than a decade.

Finally in 1981, Guion Bluford became the first African American to fly in space. Since then African Americans have continued to fill positions at NASA and make their contributions in space, from behind a desk, and in the laboratory.

This Learning Lab celebrates these individuals, their bravery, their exploratory spirit, and their desires to express themselves fully through their commitment to space exploration.

This is a celebration of them all.

April is Jazz Appreciation Month! To celebrate this month we're going to take a look into the history of jazz and the processes that are involved with a tour through the Smithsonian. Start with the video of "What is Jazz?" and by reading the articles "Meet the Titans" both parts 1 and 2. Then pick a musician that you would like to explore further and do the activity with that musician in a doc.

Design It Yourself: Design Camouflage

Follow along to explore camouflage and design a way to camouflage a 2-dimensional object in its surroundings.