Genre artists were artists (such as William Sidney Mount or John Quidor) that painted people doing everyday activities in the United States, illustrating the daily lives of different people. These contribute to the idea of nationalism by presenting how the Americans have established their own unique culture and displaying an appreciation for different types of people. These works of art also suggest the idea of liberty and free will in the United States, as each person is free to live their life the way they choose and be able to sustain themselves. 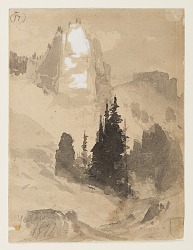 The Rocky Mountain School of Art is a school of art prominently featuring Thomas Moran and Albert Bierstadt. This school of art places emphasis on the western territories in the United States, specifically places of nature. Like the Hudson River School, this school of art shows appreciation for the geography of the United States. These paintings display nationalism by encouraging and showing appreciation for westward expansion and depicting the resources and beautiful sights present in the newly discovered lands of the west.

The Hudson River School is a school of art founded by Thomas Cole depicting the Hudson River Valley and other natural scenes. These paintings, both depicting the Hudson River Valley with people in it, display the idea of discovering the so-called "New World." These contribute to the idea of nationalism by showing appreciation for the geography in America and taking inspiration from it. Furthermore, these paintings illustrate settlement in the United States, and how different people adapted to different environments in a country with varied landscapes. 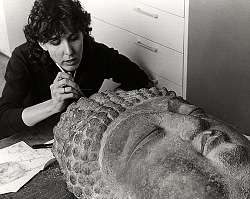 People in the Museum- Restoring Artifacts 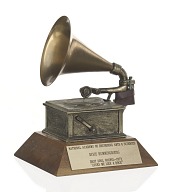 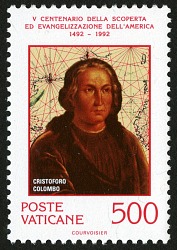 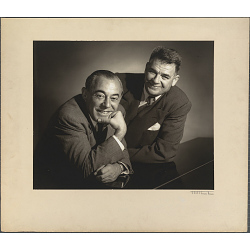 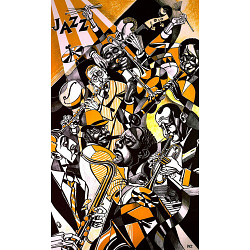 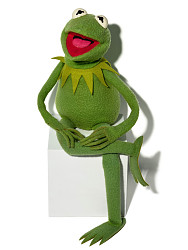 A collection of cultural icons of recent memory 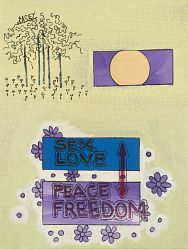 My collection consists of mostly sculptures, and a few other miscellaneous items that are related to my narration essay. The embracing of the man and woman are Sabastian and I together. He has held me through thick and thin. There are two marijuana leaves. Sabastian and I often enjoy to smoke a little and watch movies together. One is a 16 paneled door. It represents separation, lonesomeness, and the lack of Jesus in my life. I had a horrible high school experience and drowned in depression. I stopped praying, and turned on myself. Sabastian picked me up through those times and kissed every inch of pain, away. Every piece in my collection means something to me. 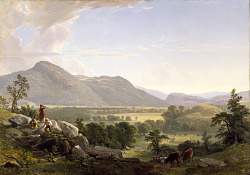 This is a tasteful exposé on our nation's patriotic spirit. 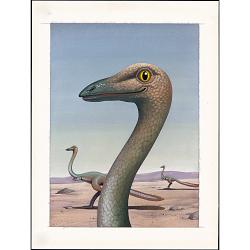 Explore the vast resources on dinosaurs that the Smithsonian has to offer.

Expanding the Narrative: Meet and Greet the Harlem Renaissance

Created for Art and the African American Experience

Look beyond the traditional narrative of the Harlem Renaissance by taking on the character of historical figures with Teaching for Change.

Copley & the Art of Revolutionary Figures

This learning lab consists of portraits painted by John Singleton Copley, one of America's first painters. The subjects included all played a role either prior to or during the revolution.

How We View Our Gods

This collection will help you to understand how cultures frequently place many different emphases on their gods. 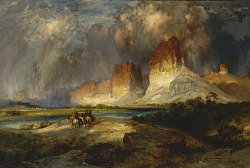 A walk through early American nationalism 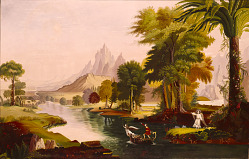 Hudson River School of Art: Voyage of Life depicts a scene along a river. The symbol of an angel represents the divine being for America's movement West. Asher's depiction of Dover Plains illustrates how the new vast open land is now able to be inhabited and used by Americans.

Rocky Mountain School of Art: Each of these painting depict more of a nature scene as Thomas Moran's depicts a forest with a tree cut down to represent the exploration of the Americans towards the west. The 2nd painting by Albert Bierstadt of Yosemite, and the use of light in the painting is to depict the hope and progress of American Westward Expansion

Genre Artists: Both paintings were depicted by William Sydney Mount who had an eye for depicting human life. There is an emphasis on fishing in the picture that features Eel Spearing at Setauket which symbolizes the subsistence life of Americans. The second scene focuses on the bargaining of a horse which clearly creates the idea of trade whcih occurred among the Americas

Jefferson's Architecture: Inspired by ideals on the American nation especially Monticello which emphasized agriculture. The Rotunda was modeled after the Pantheon in Rome, which illustrates how Jefferson takes much of his inspiration from outside sources.

Georgian Architecture: Named after George the I of Great Britain.Georgian buildings are very flat and look like a box, contrasting with the curves of Monticello.

Federalist Architecture:Blends both Renaissance and Georgian Styles, but was influenced most by Ancient Roman Styles. Really the first authentic and original American Style, the rest were revivals of other nation's styles.

Revolutionary Fervor: 1st Image depicts the battle at Bunker Hill one of the first conflicts between the Patriots and the Redcoats.2nd Image is the death of General Mercer which was the death of one of the continental army's general which would surely be enough to spark the fire of revolution in the hearts of men - they would not stop until they had achieved their goals for independence.

Defining cultural characteristics of the new country, the United States of America