Smithsonian Astrophysical Observatory
The introduction of new material into an environment, or seeding, is important to plants and animals here on Earth, but also plays a role on a much bigger stage -- a cosmic one. 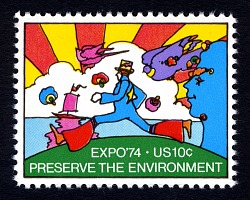 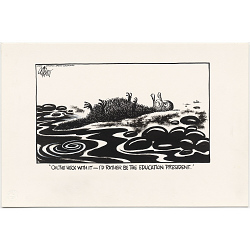 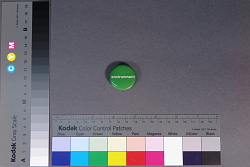 National Museum of American History
The word "environment" printed in white on a green background. 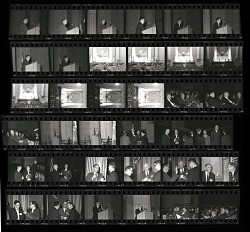 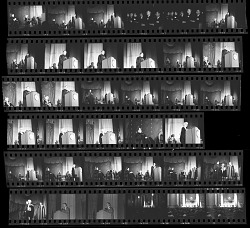 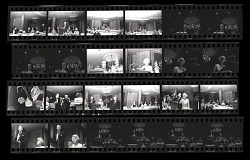 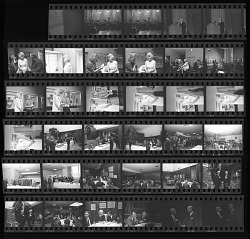 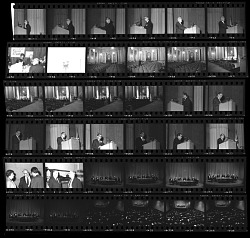 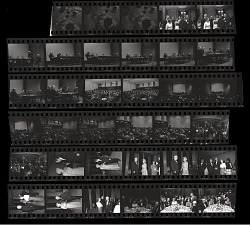 Could the Funeral of the Future Help Heal the Environment?

The lives of humans leave indelible marks on the environments they choose to call home. But you might be surprised at how much environmental damage a person can do after they’re dead.

For 48.7 percent of the about 2.6 million who died in the U.S. in 2013 alone, here’s how the average death went down: The person who passed away passed into the hands of a mortician at one of about 19,000 funeral homes. Their body was washed, disinfected, massaged and posed, and embalming fluid was pumped into their veins. They were gussied up with makeup, clothing and hair products and placed in a metal casket.

After the service, the body was transported to a cemetery in a hearse or other vehicle. The family bid them goodbye and the casket was lowered into a grave dug by a backhoe and several workers with shovels. There, the casket rested in a liner structure designed to keep the grave from collapsing inwards: either a concrete box within the grave or a plastic, metal or concrete structure with no bottom. The grave was sealed up, leaving time and anaerobic degradation to do their thing.

There are variations on this theme, of course: Jewish funeral traditions, for example, call for plain wooden caskets. People who object to the cost (about $7,100 for a standard-issue funeral with viewing and burial) may opt for less expensive accoutrements. And then there’s cremation—according to the National Funeral Directors Association, 45.4 percent of people choose cremation instead of burial.

Each after-death action comes with its own set of environmental impacts, from embalming chemicals that leach into groundwater to transportation emissions. Many cremation facilities lack modern filtration systems and spew carbon dioxide and mercury into the atmosphere. Cemeteries themselves carry an environmental cost: Many depend on fertilizers and large amounts of water to maintain that clipped, mowed look.

And then there’s the space crunch. For centuries, cemetery owners have looked for ways to both rearrange their dead and seek out new places to bury. Things are only going to get worse: As Baby Boomers start to die, some cities are rushing to secure more plots. Is there any way to make the funeral of the future one that can accommodate a larger population and a threatened environment?

At Ramsey Creek Preserve in South Carolina, the deceased are buried in simple coffins or even in shrouds, like this one. Kimberley Campbell, who helps manage the preserve, says that “We’re just going back to the way death used to be.” (Courtesy Kimberley Campbell)

Kimberley Campbell thinks so. She helps manage Ramsey Creek Preserve in Westminster, South Carolina—a sprawling landscape filled with meadows, Appalachian woods and quiet trails. The preserve is home to native species and woodland creatures, but you might not suspect that it also contains about 500 graves.

“If people think they’re in a cemetery, we’ve screwed up,” says Campbell. Ramsey Creek is known as the nation’s first “green cemetery,” but Campbell says it’s more than that. “The whole process of modern death seems to deny decomposition and prevent people from returning to the earth,” she says.

To help the dead get as close to the land as possible, her team facilitates burials that look more like those of 1816 than 2016. Graves are dug by hand—not a bulldozer in sight. Bodies are preserved with dry ice and lowered directly into the ground in simple boxes or plain shrouds. This cemetery doesn’t have traditional headstones or lawnmowers, and it’s hard to tell where the graves are—rough-hewn stones serve as the only markers. Proceeds from the funerals go towards restoring the land and funding local nonprofits.

The dust-to-dust approach of Ramsey Creek and other conservation cemeteries is part of a growing green burial movement. Kate Kalanick, executive director of the Green Burial Council, says it’s a concept that’s catching on for both cost and environmental reasons. Her organization certifies funeral homes, cemeteries and suppliers with the goal of both reducing death’s environmental footprint and using burial as a new way to protect nature. “We’re not reinventing the wheel here,” she says. “We’re just going back to the way death used to be.”

For the GBC, that means biodegradable coffins, pre-burial preservation that relies on plant-based embalming fluid, dry ice or refrigeration and careful scrutiny of land and carbon use. The council looks at everything from toxic chemicals to shipment distances and wood sources in an attempt to encourage the most sustainable funerals possible. Conventional cemeteries that offer the option of vault-free burials with biodegradable caskets and no embalming can be certified as hybrid facilities. Other facilities that commit to strict standards regarding things like energy use, waste disposal and land conservation can be certified as natural or conservation burial grounds.

Kalanick says that she hears of some objections, usually worries that decomposing bodies will taint groundwater or be dug up by wild animals. Those fears are unfounded. In properly located facilities, for example, dead bodies can get up-close and personal with dirt without hurting the water supply.

“It’s not just digging holes, throwing bodies into them and walking away,” she says. Kalanick points out that when bodies are packed in steel, wood and concrete, they decompose in a slow, halting manner. “You go through fewer stages of nasty steps this way,” she says, audibly shuddering as she considers the things bodies go through when they’re shoved in concrete boxes that inhibit the natural decomposition process.

As of yet, there’s no way to quantify the number of green burials or their impact on the environment. But advocates like Kalanick, Campbell and urban planners on the hunt for more sustainable ways to bury the dead don’t see any reason to hold back just because the broader implications aren’t yet clear.

For Campbell, green burials give the dead a chance to literally create life as they mingle with the earth in which they are buried, giving microbes, plants and insects fertile soil in which to flourish. “How do you want your death to impact the world around you?” she asks. “Something good can come from your death.”

The Museum Environment and Preservation

SI Center for Learning and Digital Access
Lesson plan using discussion and brainstorming to discover the destructive impact of environmental factors on manmade artifacts and structures. Offers a concrete understanding of the complex science of preservation. Part of the online exhibit The Star Spangled Banner: The Flag that Inspired the National Anthem. Targets grades 6-8.

Power of Giving 2016 | Sustainability & the Environment: Power of Nature 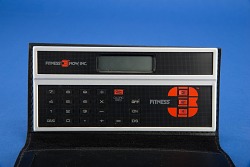 National Museum of American History
This handheld electronic calculator fits in the top of a black leather case the size and shape of a checkbook. A space for checks is below. The calculator has a metal case with plastic trim and display window. It has twenty-four rectangular plastic keys. These include ten digit keys, a clear entry/clear key, a decimal point key, four arithmetic function keys, and a total key. In addition there is an on key, an off key, and a "DS" key. The orange percentage key is marked: CALORIC (/) RATIO. On the far right are three additional orange keys, marked 1, 2, and 3. Marks surrounding these keys read: FITNESS 3 TM. A mark above the keyboard reads: FITNESS 3TM NOW, INC. Also above the keyboard is an eight-digit liquid crystal display.

On July 13, 1981, Hoffmann-La Roche Inc. of Nutley, New Jersey applied for a trademark for the phrase FITNESS 3. The trademark record states that the term was first used in commerce in March 1981. The application was abandoned January 31, 1984. 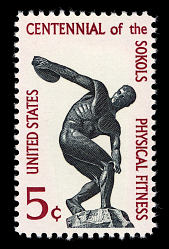 The Interaction of Wind and Water in the Desertification Environment 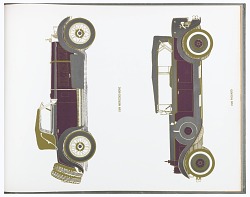 Picture of the Week—Art and the Environment Meet

Humans have a huge impact on our environment, but visualizing the extent of that impact is rarely easy. Artist Chris Jordan, though, has attempted to depict it by creating beautiful images out of specific quantities of ordinary things, such as thirty seconds' worth of U.S. aluminum can consumption (106,000) or the number of plastic cups used on U.S. airline flights every six hours (one million). Jordan writes on his web site:

these vast and bizarre measures of our society, in large intricately detailed prints assembled from thousands of smaller photographs. Employing themes such as the near versus the far, and the one versus the many, I hope to raise some questions about the roles and responsibilities we each play as individuals in a collective that is increasingly enormous, incomprehensible, and overwhelming.

In his new series Running the Numbers II, Jordan ramps up his numbers to the global scale. The image above is Gyre, 2009, which measures 8 by 11 feet in real life and depicts 2.4 million pieces of plastic, the estimated amount of plastic pollution that enters the world's oceans every hour. All of the plastic pieces in the image were collected from the Pacific Ocean, home to the Great Pacific Garbage Patch. On Jordan's web site, he zooms in on the images so objects like a comb, toothbrush and hanger can all be seen.

Jordan is one of five artists currently documenting the Pacific's plastic problem from Midway Island. He writes:

I envision our project not as being a bunch of professional media people tramping around the island with cameras; instead I hope it will be an emotional and spiritual journey by a deeply connected group of artists, to honor the the issues that Midway represents. Maybe it is not too ambitious to hope—if we can fully rise to the occasion—that we might be able to co-create a multi-media work of art that tenderly witnesses this middle point that humanity finds itself at right now. And in the eye of the storm—the apex of the Gyre—perhaps our collaborative efforts can create a container for healing that might have some small effect on the collective choice that is to come.

​Check out the entire collection of Pictures of the Week on our Facebook fan page.

The effect of the Hydro-Lab environment on pulmonary function

Power of Giving 2016 | Sustainability & the Environment: Next Gen Environment Philanthropy