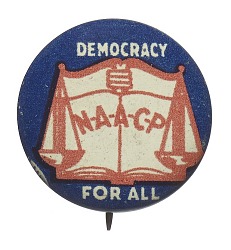 N.A.A.C.P. Over A 100 Years of Resistance to Inequality

An Egg-cellent Return to Earth

This Smithsonian Science Starter investigates why and how spacecraft must dissipate energy when landing back on Earth, or on Mars, or anywhere else for that matter. This lesson includes a simulated spacecraft lander design challenge to create a lander that protects a raw egg “crewmember” during a landing.

Balancing Your Way Through Numbers

In this Smithsonian Science Starter students will focus on how to make equations and why they must balance. By the completion of this lesson, students will have a better understanding of how balance plays a key role in equations.

In this Smithsonian Science Starter students will focus on how gravity affects how a plant grows. At the completion of the lesson, students will be able to determine gravity’s effect on plant growth and how changing the positioning of the plant can influence its direction of growth.

Find Yourself in Hot Water

Marshmallow Bunnies Are Exploding With Fun!

In this Smithsonian Science Starter students will focus on how the removal of air effects marshmallow bunnies and other objects. At the completion of this lesson, students will understand what it is like to be in space without a suit and what a lack of air will do to your body.

An Egg-cellent Return to Earth

This Smithsonian Science Starter investigates why and how spacecraft must dissipate energy when landing back on Earth, or on Mars, or anywhere else for that matter. This lesson includes a simulated spacecraft lander design challenge to create a lander that protects a raw egg “crewmember” during a landing.

The Science of Light and Photography

This Smithsonian Science Starter collection explores some of the ways in which light can be manipulated to create images. Students will manipulate light by building pinhole cameras, and by investigating the effects that lenses and prisms have on light.

Astronauts and the ISS - Joe Acaba

This collection investigates the path to become an astronaut with NASA. In the accompanying video, astronaut Joe Acaba tells us about his path from starry-eyed young boy, to classroom teacher, to spacebound astronaut. He discusses what inspired him to pursue this career, and imagines what the future might still have in store for him. Students will consider what might motivate them to participate in spaceflight, and what practical steps they would need to take to achieve that goal.

This Smithsonian Science Starter Collection investigates the history of the mission patches worn by astronauts on the International Space Station (ISS), and previous NASA missions. In the accompanying video, astronaut Randy “Komrade” Bresnik explains that each crew designs its own mission patch to reflect the personality of the crew and the nations they represent. The mission patches also contain visual elements related to the mission itself.

This Smithsonian Science Starter investigates the alignment of the Earth, the Moon, and the Sun during a solar eclipse, and has students model that alignment with classroom materials.

This Smithsonian Science Starter collection investigates the difference between longitudinal waves and transverse waves, and how they are able to transmit energy from one location to another. Students will explore ways to deal with line of sight obstructions and consider the impact of such methods with regard to interplanetary communication.

How to Launch a Rocket

Students will investigate how rocketry works, and the role of Newton’s Second and Third Laws of Motion in explaining rocket motion.

A Cool Lesson on Thermal Expansion

This Smithsonian Science Starter Collection investigates the expansion and contraction of metal due to changes in temperature.

This Smithsonian Science Starter investigates how the layers of a spacesuit protect astronauts when they are outside of the International Space Station. This lesson includes a simulated spacesuit design challenge to create a suit that protects from micrometeoroids.

Students will investigate the effects of gravity on the human body.

Students will make direct observations on their bodies in upright and prone positions, and consider the long-term effects.

Astronauts and the ISS - Paolo Nespoli

This Smithsonian Science Starter collection investigates the history of the International Space Station (ISS), and the lives of the people who have worked on it. How did the ISS come to be? Who are the astronauts who have been chosen to live and work there in microgravity for months at a time?

In the accompanying video, astronaut Paolo Nespoli talks about some of the difficulties of living aboard the ISS. He also discusses some similarities and differences between the United States’ space shuttles and the Russian Soyuz space vehicles, and what keeps astronauts busy during their time on the station.

This Smithsonian Science Starter Collection investigates the effects of gravity on the human body. Students will use dry corn puff cereal to model the effects of bone mass loss (osteoporosis) when sustaining injury. Students will be able to explain why healthy bones are important, and the unique difficulties in keeping bones healthy for those who travel to space. 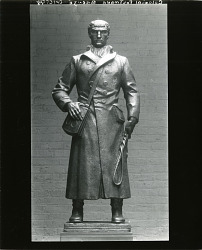 Rain or Shine: The US Postal Service

I created this collection for families to do together while schools are closed. I will be making a collection a day while we are out of school. Today we will be exploring the Postal Service. The idea is for families to look at the items in the collection and consider what they see in the objects and paintings, what they think, and what they wonder. Families can also watch a free Brainpop video about the postal service troubles as well as explore videos about how our mail is delivered. Families can learn about a dog that helped deliver the mail. At the end of the collection I have provided a few ideas for families about what to do next.

Let the wonder and the beauty of the museum come to you!  Explore Japanese art with educators from the Freer Gallery of Art and Arthur M. Sackler Gallery with these three lessons.  Each lesson features guided looking at Japanese art and an art-making component.  Each lesson can stand alone; complete one, two, or all three lessons as time allows.  The content needed for each lesson is divided by an arrow; look to the right of each arrow to view the information you need for each lesson.  The lessons are designed for students in 1st through 5th grades.

Did you give one of these lessons a try?  Tag us using #FreerSackler or @FreerSackler on Facebook, Instagram, or Twitter.  Email us at AsiaTeachers@si.edu and we will post your work in the Art Gallery section of this page.

Lesson One: Japan and DC Landscapes

“History matters because it has contemporary consequence,” declared historian Jennifer Guiliano, explaining to an audience how stereotypes affect children of all races. “In fact, what psychological studies have found, is when you take a small child out to a game and let them look at racist images for two hours at a time they then begin to have racist thoughts.”

The assistant professor affiliated with American Indian Programs at Indiana University-Purdue University Indianapolis went on to explain what that means to parents who have taken their kid for a family-oriented excursion to a sporting event with a racist mascot.

“We’re taking children who are very young, exposing them to racist symbology and then saying ‘But don’t be a racist when you grow up,’” Guiliano says. “This is the irony of sort of how we train and educate children. When we think about these issues of bringing children up, of thinking about the impact of these things, this is why history matters.”

Guiliano was among the speakers at a day-long symposium, “Mascots, Myths, Monuments and Memory,” examining racist mascots, the fate of Confederate statues and the politics of memory. The program was held in Washington, D.C. at the Smithsonian’s National Museum of African American History and Culture in partnership with the National Museum of the American Indian.

Lonnie Bunch, the founding director of the African American History museum, says this all came about after a conversation with his counterpart Kevin Gover at the American Indian museum. Bunch says he learned that the creation of Confederate monuments and the rise of racist Indian mascots in sporting events occurred during the same period in American history, between the 1890s and 1915. This gathering was one way to help people understand the how and why between that overlap. 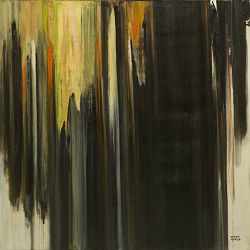 Look at one or more of these artworks. How did the artist create a sense of mystery or fantasy? What do you think it could mean?