The on-camera morphing of Fredric March's handsome face into his monstrous alter ego in the 1931 film Dr. Jekyll and Mr. Hyde was a technical innovation accomplished with "expert cunning," according to one reviewer, through a series of gradual exposures. The Swedish poster for the film juxtaposes March's two faces, and the contrast is sharpened by red and black colors and stylish geometric lettering. Audiences were already familiar with Robert Louis Stevenson's chilling tale; the 1886 story had been adapted into a popular stage play and several silent film versions, including one starring John Barrymore. But director Rouben Mamoulian introduced a self-consciously Freudian notion of the duality of good and evil: "We are treating Hyde as the 'bad half' of Dr. Jekyll," he noted; "a separate personality, but not a separate person." March won an Academy Award for his expert impersonation of those contrasting selves. 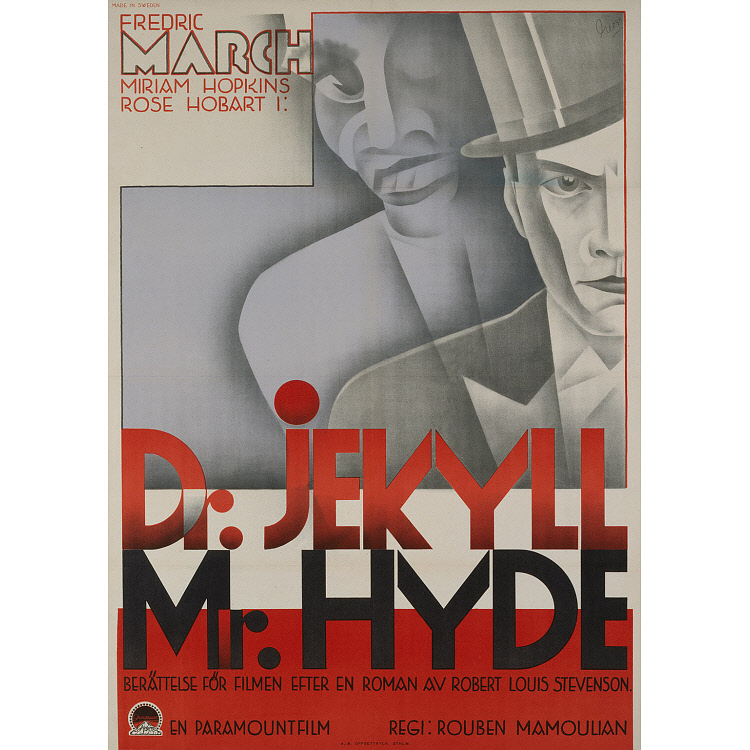