Radar penetration of mantling layers, and scattering from buried objects or interfaces, is a topic of current interest in both terrestrial and planetary remote sensing. We examine the behavior of surface and subsurface scattering interfaces and the types of information that may be obtained from observations in different polarizations and wavelengths. These results are applied to the design of a future Mars orbital synthetic aperture radar (SAR), for which we draw the following conclusions. (1) Mapping of buried geologic features is best accomplished using VV polarization, at an optimal wavelength determined by the competing effects of antenna gain, attenuation in the dust, and the reduction in effective surface roughness with wavelength. P band frequencies (?1 GHz or less) offer the best opportunity for detection of moderately rough, buried features. (2) The relative roles of surface and subsurface scattering may be determined using measurements in HH and VV polarization, with a channel gain calibration better than 0.5 dB. (3) The thickness of a mantling layer (or ice mass) cannot be directly inferred from multiwavelength observations. Layer thickness may be inferred from the interferometric correlation of backscatter measurements collected on suitably spaced orbital passes, though the required phase measurement accuracy is challenging. While additional information may be gained by collecting scattering data in more polarizations or wavelengths, we suggest that the primary science goals of a Mars-orbiting radar could be accomplished by a single-wavelength system capable of collecting VV and HH polarizations with the calibration and orbit control needed to permit interferometric analysis. 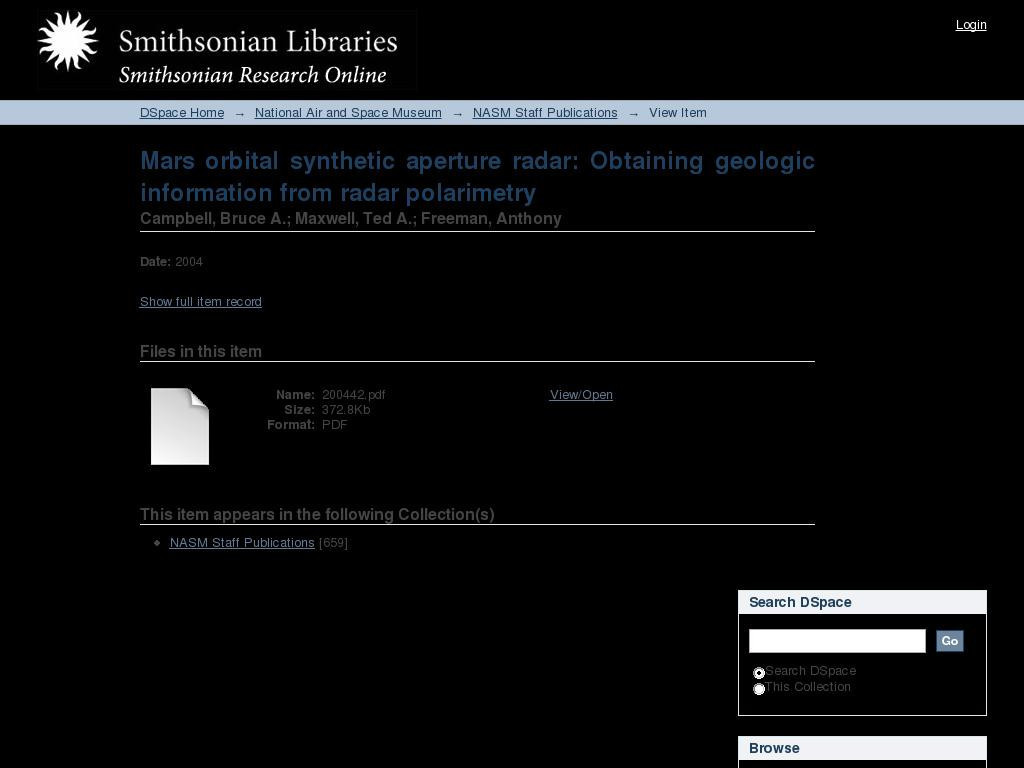