This object consists of the core component of an early particle accelerator (“atom smasher”), based on the principle developed in 1931 by Ernest O. Lawrence at the University of California, Berkeley. Professor John R. Dunning (1907-1975) and his team constructed this example of Lawrence’s “cyclotron” starting in 1936 in the basement of the Pupin Physics Laboratories building at Columbia University in New York City. A schematic diagram and brief historical account of the Dunning system appears in “The Nuclear Chain Reaction- Forty Years Later”, Robert G. Sachs ed., 1984, p.17/fig. 5 (go to http://storage.lib.uchicago.edu/fermi/fermi-020/fermi-020.pdf). While this cyclotron was not particularly innovative, it did introduce one new feature. In order to get the highest possible voltage on the accelerating electrodes of the cyclotron (the “dees”), the Dunning cyclotron team used a system designed by team member Herbert L. Anderson to feed the dees with a pair of resonant concentric lines coupled to a high-power oscillator; their cyclotron was the first to use the resonant concentric line feeding system. During its long operational life, this cyclotron underwent modifications, and its present state (see image in associated media files) does not reflect its original design.

When thrilling word was received in January 1939 that German scientists Otto Hann and Fritz Strassman had identified a completely unexpected effect, the splitting of the uranium nucleus when it absorbs a neutron, the cyclotron was not yet fully functioning. It therefore just missed being used as the first neutron source to verify the discovery outside Europe. In late January 1939, Dunning’s team initially used a radioactive beryllium-radon mixture as the neutron source to bombard a uranium oxide target, to verify the fission process. Subsequently, Dunning repeated the experiment many times to be sure that his findings were accurate. He used two different neutron sources: the natural beryllium radon mixture; and the cyclotron (in which an energetic beam of protons from the cyclotron struck a stationary metal target to produce a secondary neutron beam). Right away, the cyclotron was rapidly and intensively put to use in numerous experiments to follow up the news from Europe.

In March 1940, the team used the cyclotron to show that it was the comparatively rare uranium-235 isotope that was the most readily fissile component, and not the abundant uranium-238. The samples of U-235 and U-238 were provided by Dunning’s colleague Alfred O. Nier of the University of Minnesota. Nier isolated small quantities of the isotopes by means of a device based on a mass spectrometer originally developed for measurement of relative abundance of isotopes. Nier’s device is also in the Modern Physics Collection (object id no. 1990.0446.01; catalog no. N-09567), and it is presented on the SI collections website. (Search for “Nier Mass Spectrograph” at http://collections.si.edu/search/) This proof, that U-235 was the fissile uranium isotope, opened the way to the intense U.S. efforts under the Manhattan Project to develop an atomic bomb.

After a long and useful life, the Dunning cyclotron was retired in 1965. The core components were donated to the Smithsonian Institution in December 1965, but the carbon steel electromagnet, weighing over 30 tons, remained at the Pupin Laboratories until its removal a few years ago. Since the cyclotron was modified over its life, the images of the object now at the Smithsonian (see accompanying media files) do not necessarily represent the original object circa 1939, as noted above.

Basic principles of the cyclotron

The cyclotron is the simplest of circular particle accelerators. (To see a diagram of a typical cyclotron, go to https://www.physics.rutgers.edu/cyclotron/theory_of_oper.shtml.) At its center is a vacuum chamber which is placed between the pole pieces of a large electromagnet. Within the chamber is a pair “dees” - two flat D-shaped hollow metallic shells - positioned back-to-back forming a cylindrical space, with a uniform gap between the straight sides of the two dees. The plane of the dees is parallel to the faces of the magnet pole pieces. An alternating voltage is applied across the gap between the dees, creating an associated time-varying electric field in that space.

The increasing speed of the particles causes them to move in a larger radius with each half-rotation, resulting in a spiral path outward from the center to the outer rim of the dees. When they reach the rim the particles are pulled out by a deflecting electrode, and hit a target located at the exit point at the rim of the chamber, or leave the cyclotron through an evacuated beam tube to hit a remote target. Nuclear reactions due to the collisions of the particle beam and the target atoms will create secondary particles which may be guided outside of the cyclotron and into instruments for analysis.

Although the radius of the particle’s radius increases with its speed (energy), it can be decreased with a higher magnetic field strength. In a given cyclotron, the limit to the energy for a given type of particle is set by the strength of the magnetic field and the diameter of the dees, which is in turn determined by the diameter of the magnet pole pieces. Thus very large powerful magnets were constructed for cyclotrons. However, due to relativistic effects, as particles approach the speed of light, their relativistic mass increases. Thus, the classical cyclotron is capable of accelerating particles up to only a few percent of the speed of light. To achieve higher particle energies, later generation cyclotrons used either modifications to the frequency of the electric field (as in the “synchrocyclotron”), or modifications to the magnetic field during acceleration (as in the “isochronous cyclotron”).

For accelerating particles to the highest energies in circular machines, the “synchrotron” was developed in the mid-1940s. In contrast to a cyclotron, particles in a synchrotron are constrained to move in a circle of constant radius by the use of a ring of electromagnets, open in the middle and so much less massive than an equivalent cyclotron magnet. The magnetic field is varied in such a way that the radius of curvature remains constant as the particles gain energy through successive accelerations by a synchronized alternating electric field. For an example of the powerful electromagnets used in modern synchrotrons for high energy physics research, see object id no. 2012.0186.01, Sections of Magnets for Superconducting Super Collider, presented on the SI collections website. (Search for “Sections of Magnets for Superconducting Super Collider” at http://collections.si.edu/search/)

For several decades, cyclotrons were the best source of high-energy beams for nuclear physics experiments; several cyclotrons are still in use for this type of research. They enable the determination of various properties, such as the mean spacing between atoms, and the creation of various collision products. Subsequent chemical and particle analysis of the target material may give insight into nuclear transmutation of the elements used in the target.

In medicine, cyclotrons and synchrotrons can be used in particle therapy to treat cancer. Ion beams from these accelerators can be used, as in proton therapy, to penetrate the body and kill tumors by radiation damage, while minimizing damage to healthy tissue along their path. The particle beams can be used to bombard other atoms to produce short-lived positron-emitting isotopes suitable for PET imaging. 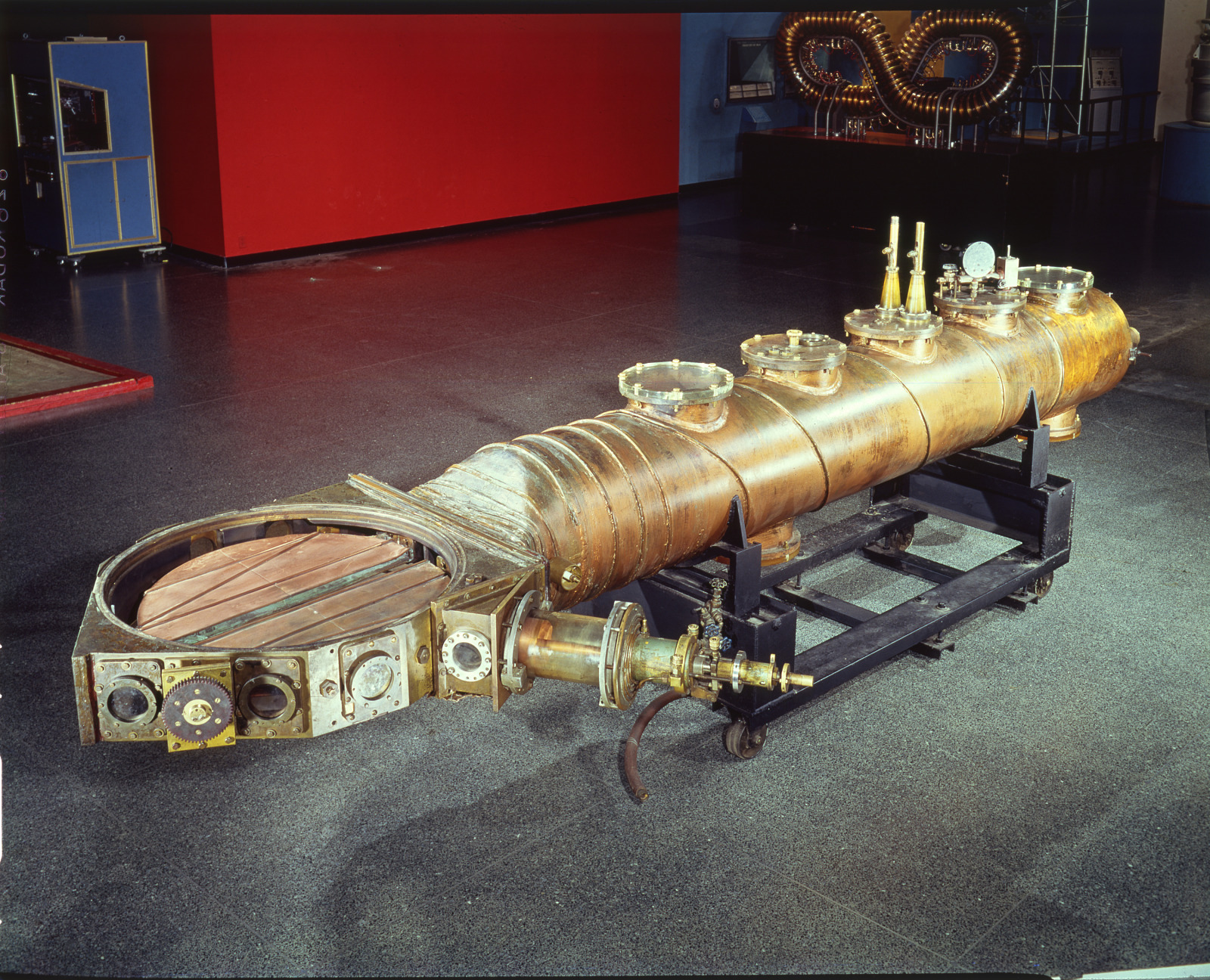 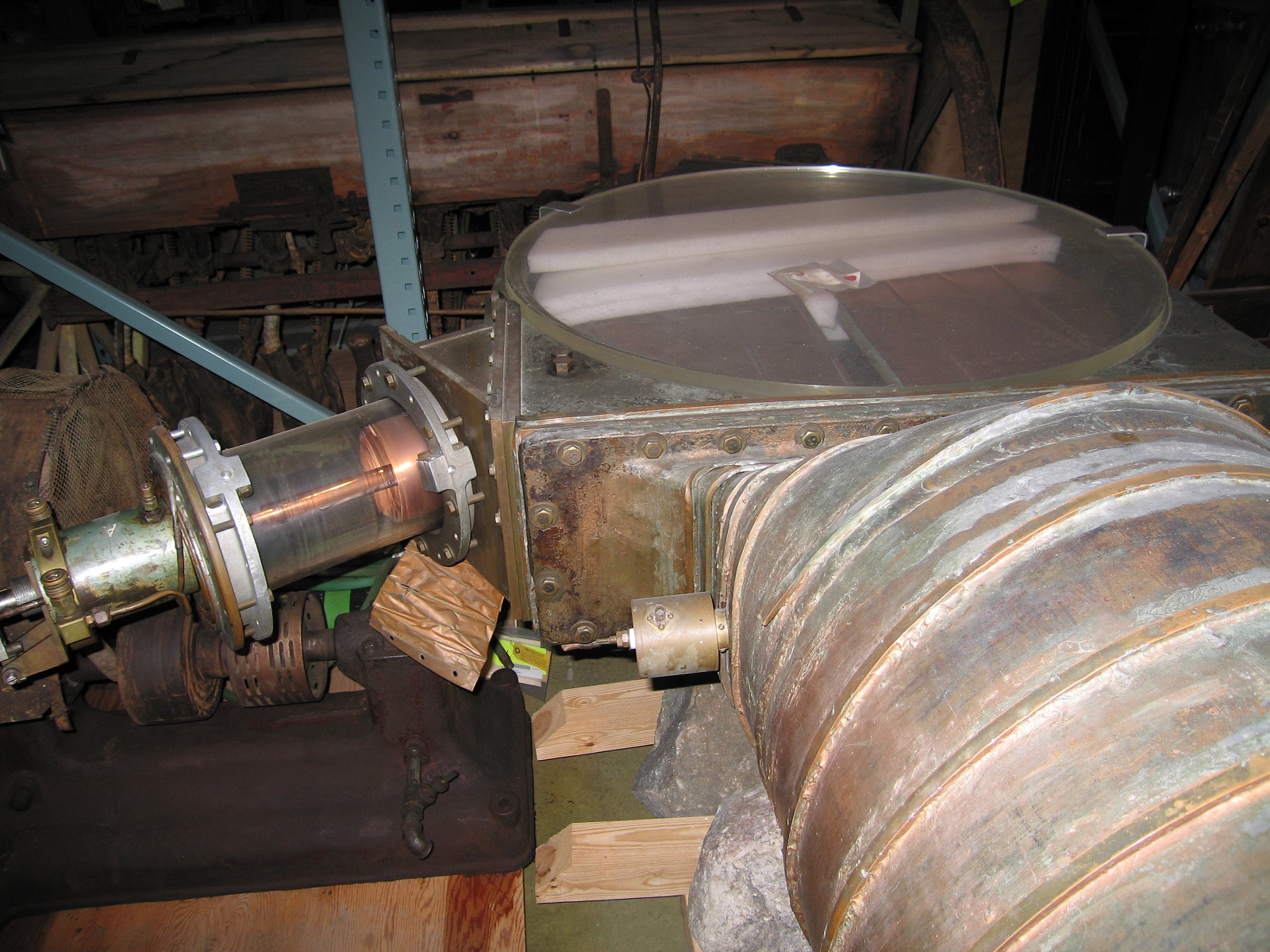 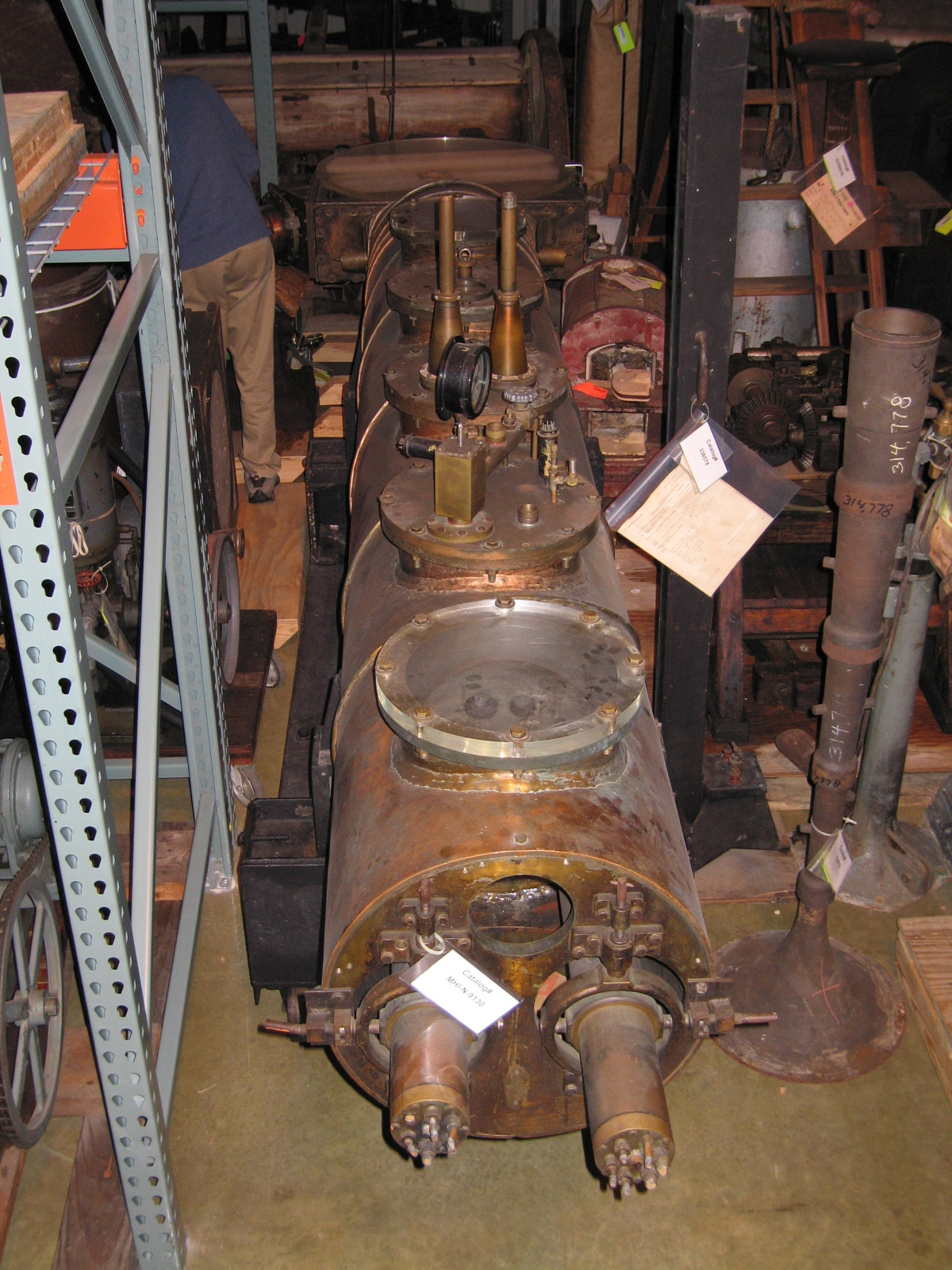 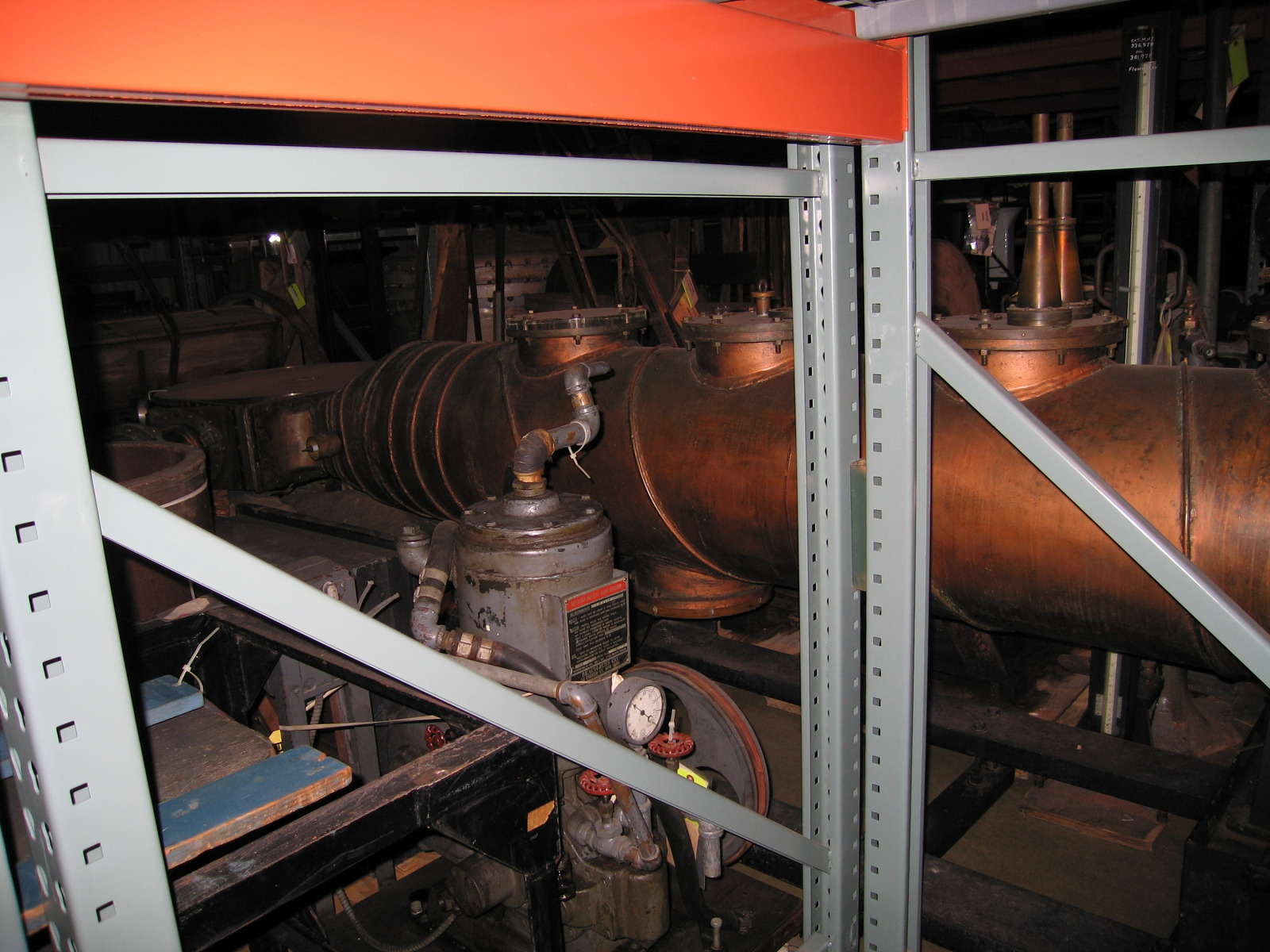 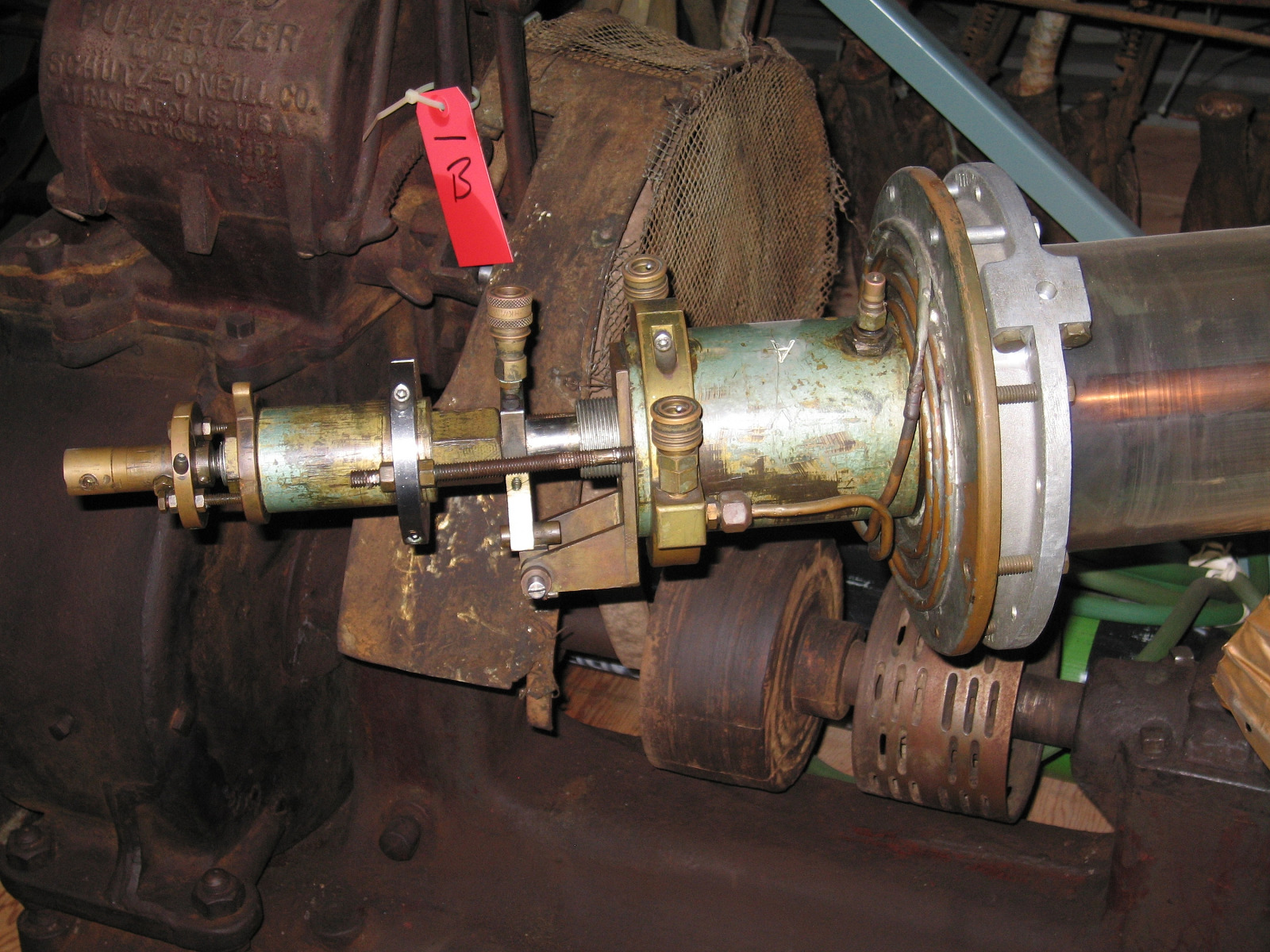 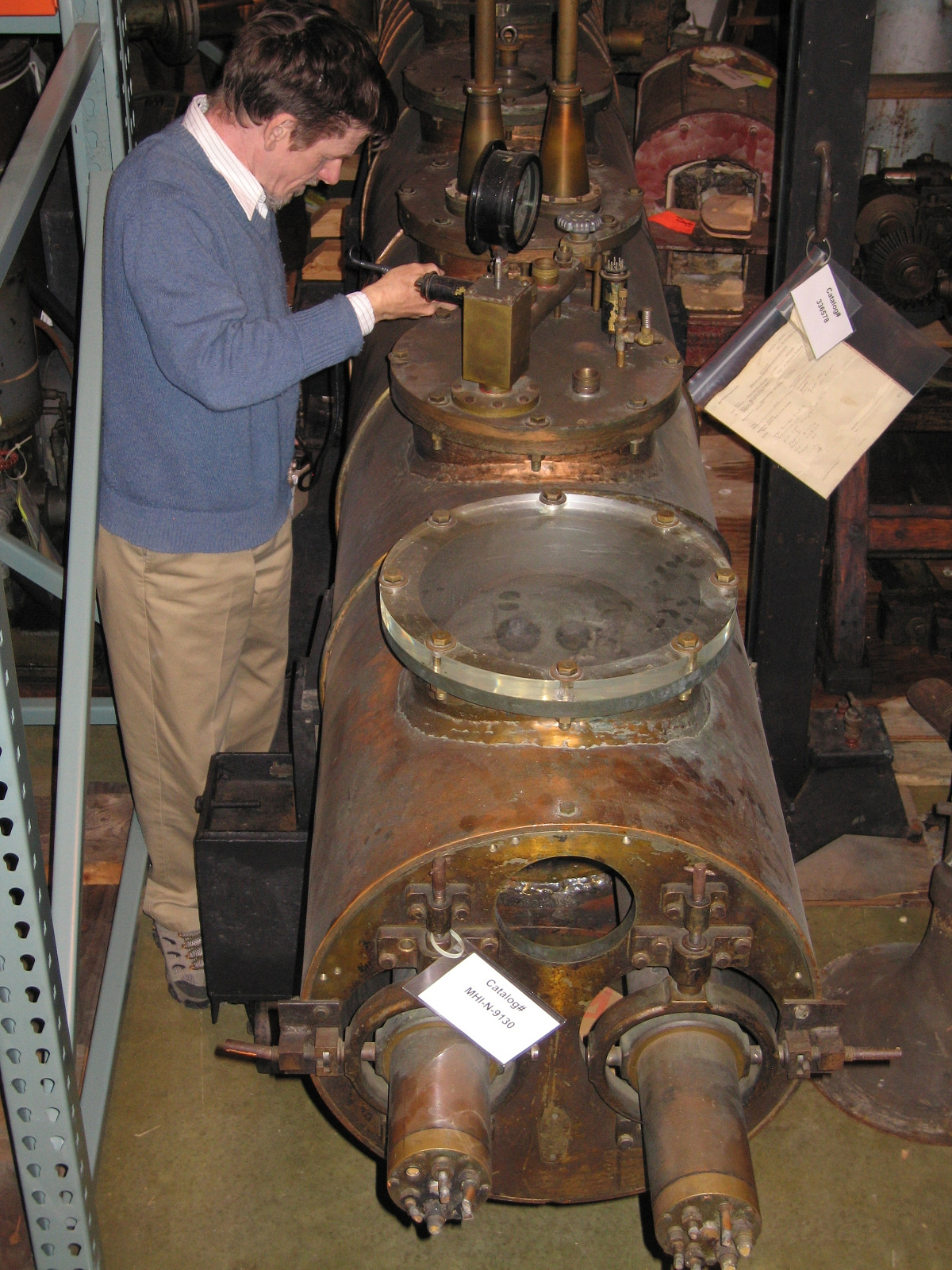 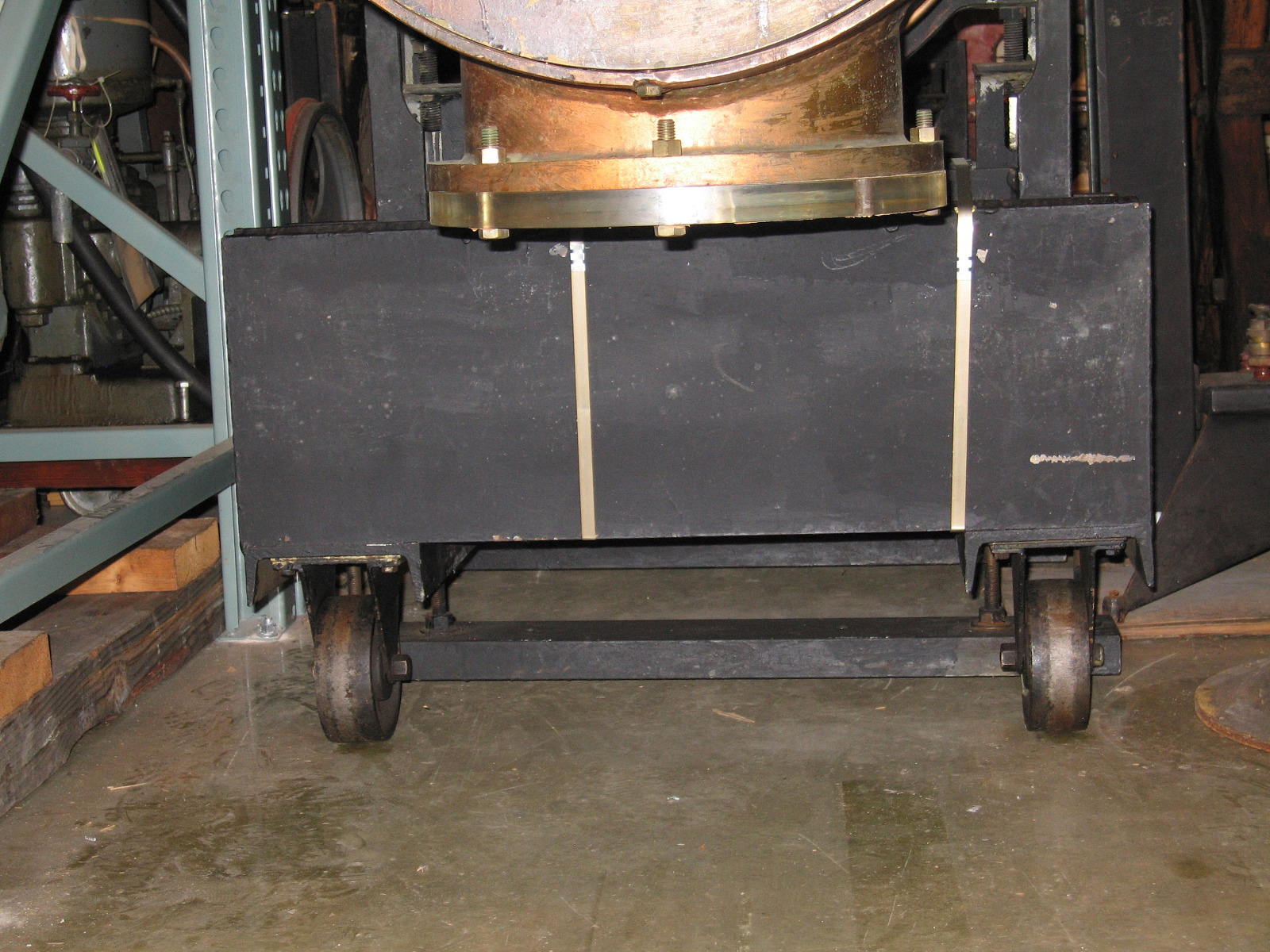 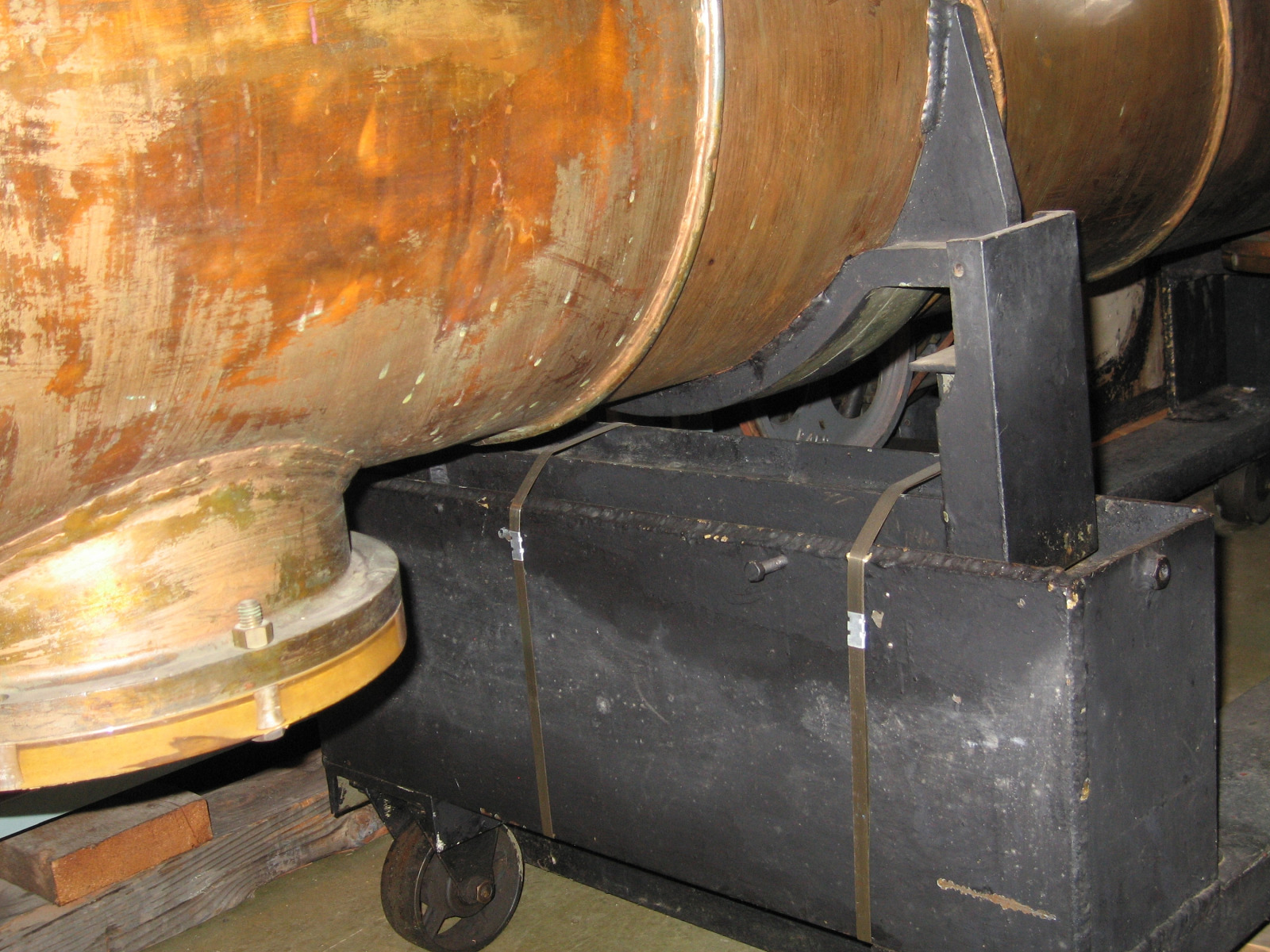 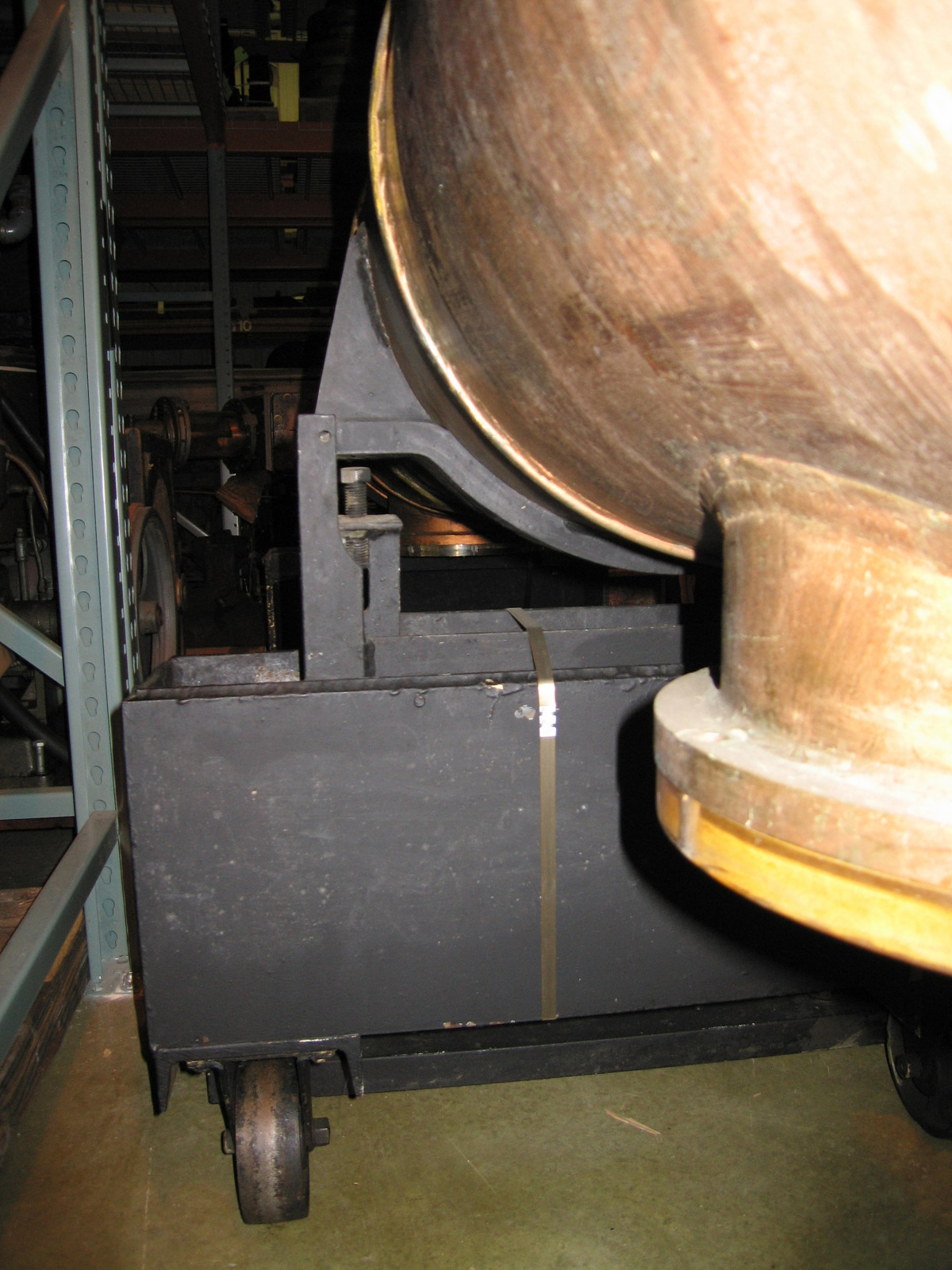