This model was filed with the application to the U.S. Patent Office for Patent Number 51,389 issued to George A. Lamb of Washington, DC on December 5, 1865. Mr. Lamb’s patent was for a rotary steam engine. The engine design is similar to that of a water wheel. A jet of pressurized steam applied force to the faces of the buckets mounted on the circumference of the wheel. The steam was fed via a tube to a cap mounted at the top of the wheel. Mr. Lamb claimed that his design had the advantage of sealing the gaps between this cap and the buckets on the wheel. The inside of the cap had grooves that fit around the rim of the wheel. Thin strips of flexible metal within the grooves maintained contact with the edge of the wheel and provided a steam seal.

Mr. Lamb and other inventors such as Samuel Harris were active around the same time producing similar designs they described as rotary steam engines. They could be considered early version of the impulse type of steam turbine. Such a turbine was first suggested ca 1629 by Giovanni Branca, an Italian chemist. The invention in 1884 of modern steam turbines is attributed to Sir Charles Parsons.

The model as shown in the image illustrates all of the key elements of the patent. It is constructed of wood and brass and mounted on a wooden base. Diagrams showing the complete design can be found in the patent document online (www.USPTO.gov). 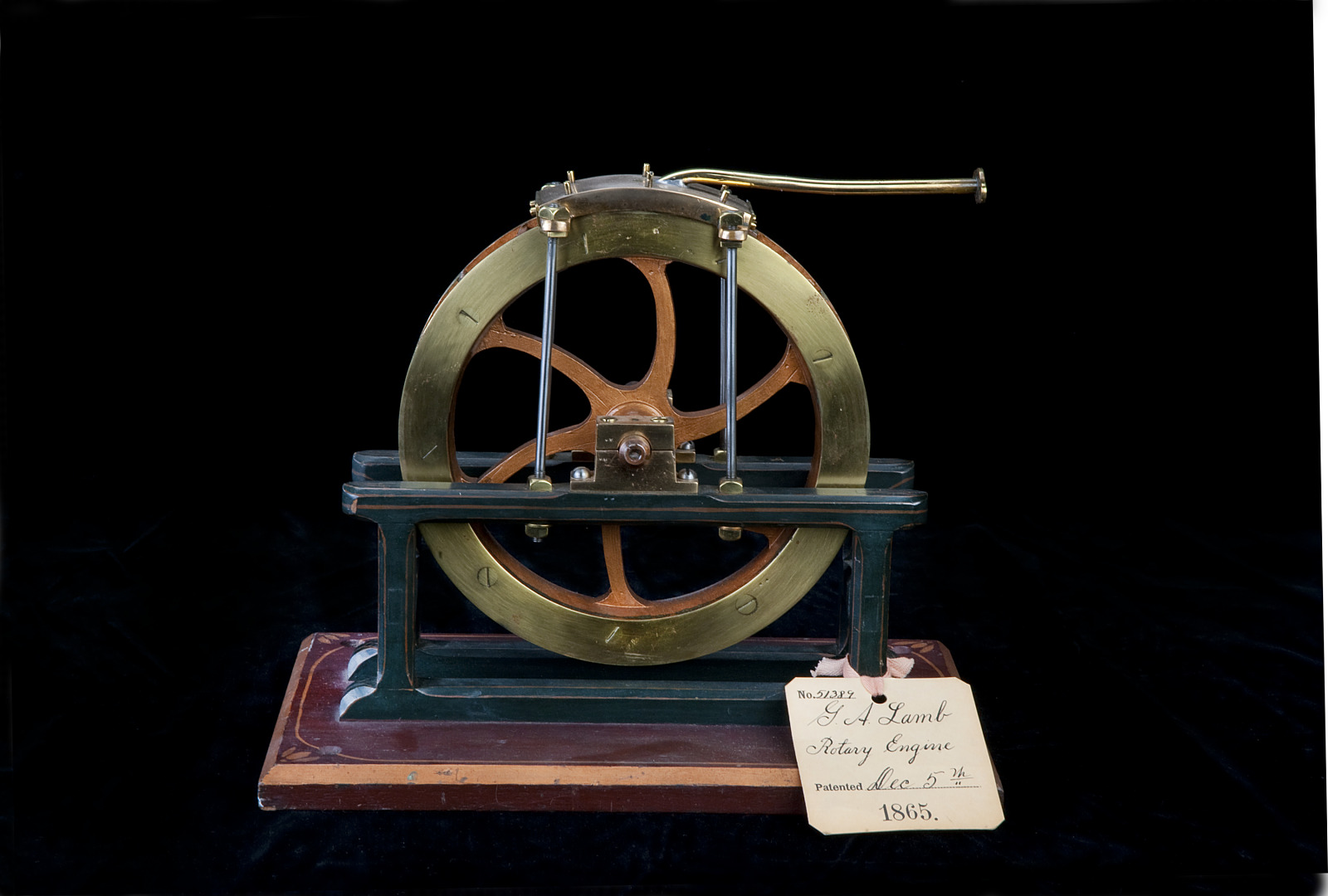 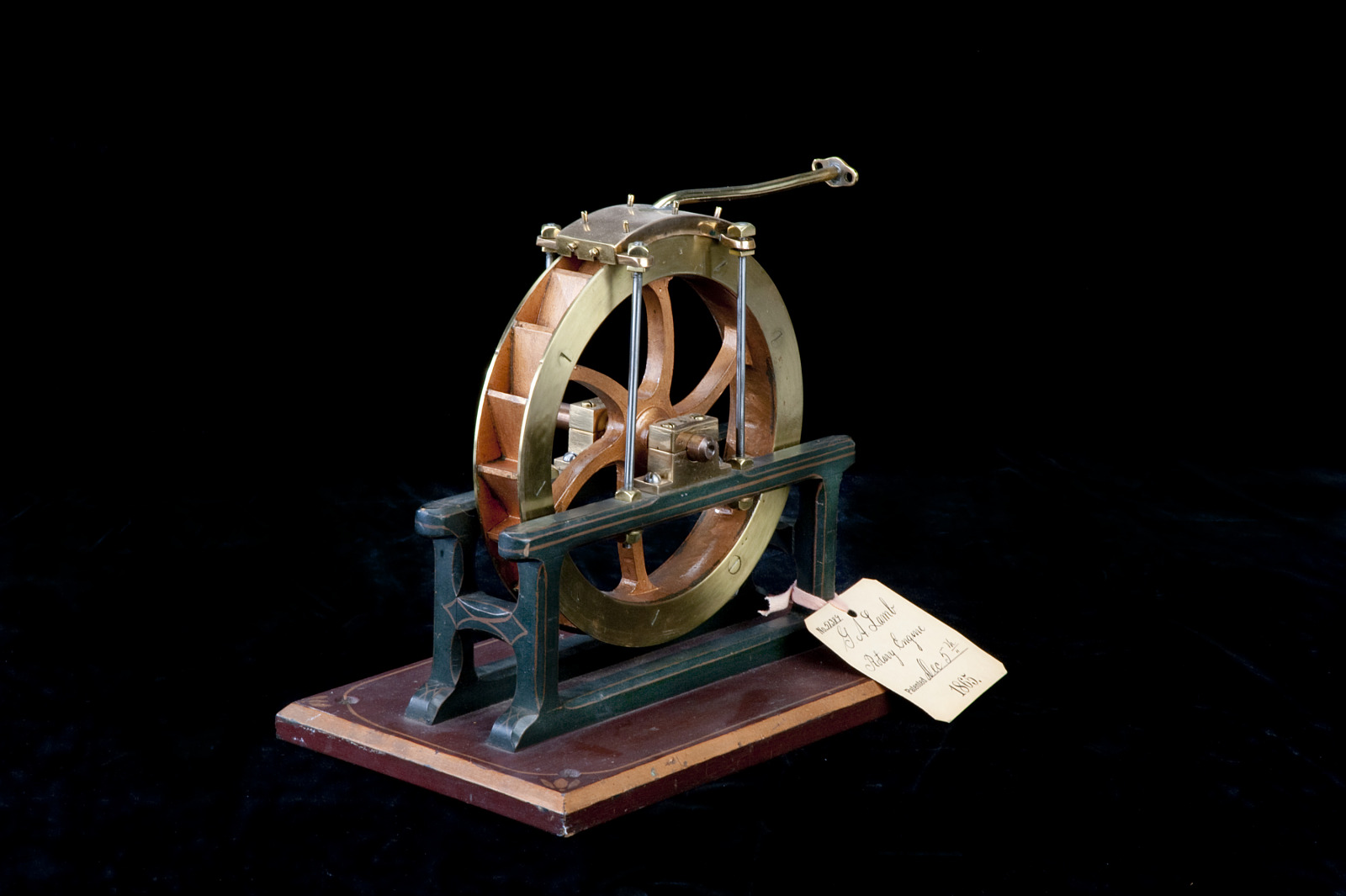 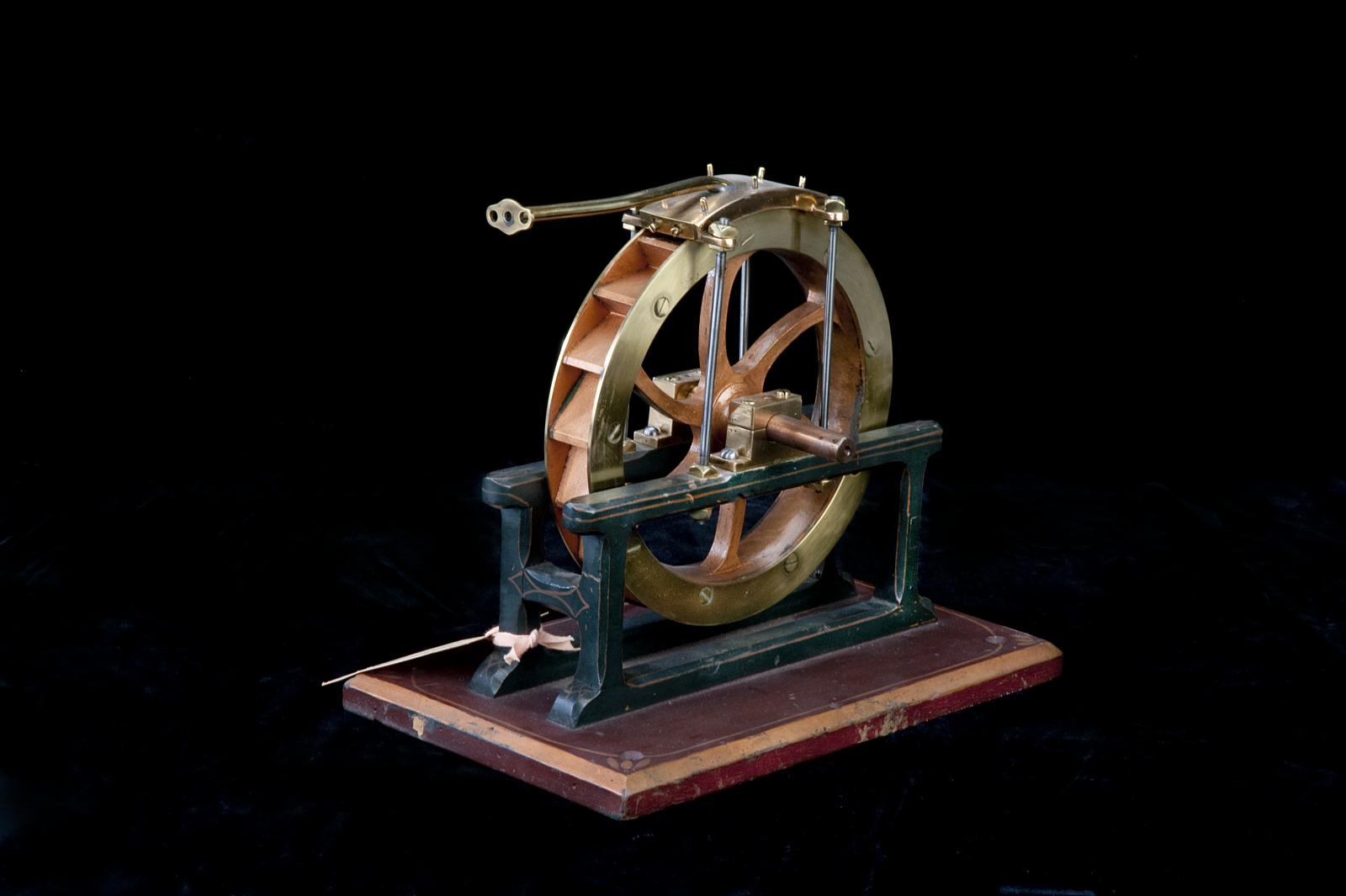