This terrestrial globe was created by James Wilson, one of America's earliest globe manufacturers, in 1811. It is printed and tinted on a paper surface. Born March 15, 1863, the son of James and Eleanor Hopkin Wilson, of Londonderry, New Hampshire, James Wilson was a farmer and a blacksmith before he became interested in geography when he saw some globes at Dartmouth College. Self taught is geography, Wilson produced an experimental globe in 1796. He moved to New Haven, Connecticut to study with engraver Amos Doolittle and by 1810, was producing and selling aesthetically pleasing, accurate globes. He was soon a commercial success and established an “artificial globe manufactory” in Albany in 1818.

His globes were produced in pairs: terrestrial and celestial, and came in three sizes. The 13” globe sold for $50.00 in Boston in 1813. Willson produced globes in pairs: terrestrial and celestial. They came in three sizesand the smaller 13” globe was knoiwn to have sold for $50.00 in Boston in 1813. In 1827, he displayed his globes before Congress in an effort to obtain an official endorsement. He brought his sons into his business, and son David is known to have drawn maps.Unfortunately his sons preceded his death so in 1833, Cyrus Lancaster, who had joined the firm in 1826, took over Willson's business. James Willson died March 26, 1855 in Bradford, Vermont.

During the late 18th and 19th Centuries globes were a basic geography teaching tool for educational institutions such as universities, good sized secondary academies and were also found in libraries. They would also have been purchased by the wealthy. This globe is hung in brass meridian ring and set in maple stand supported on 4 turned legs joined by cross stretchers. The printed horizon ring displays zodiacal signs, months of the year, and degrees longitude pasted on a circle. The globe was used in Vermont in the 19th Century. 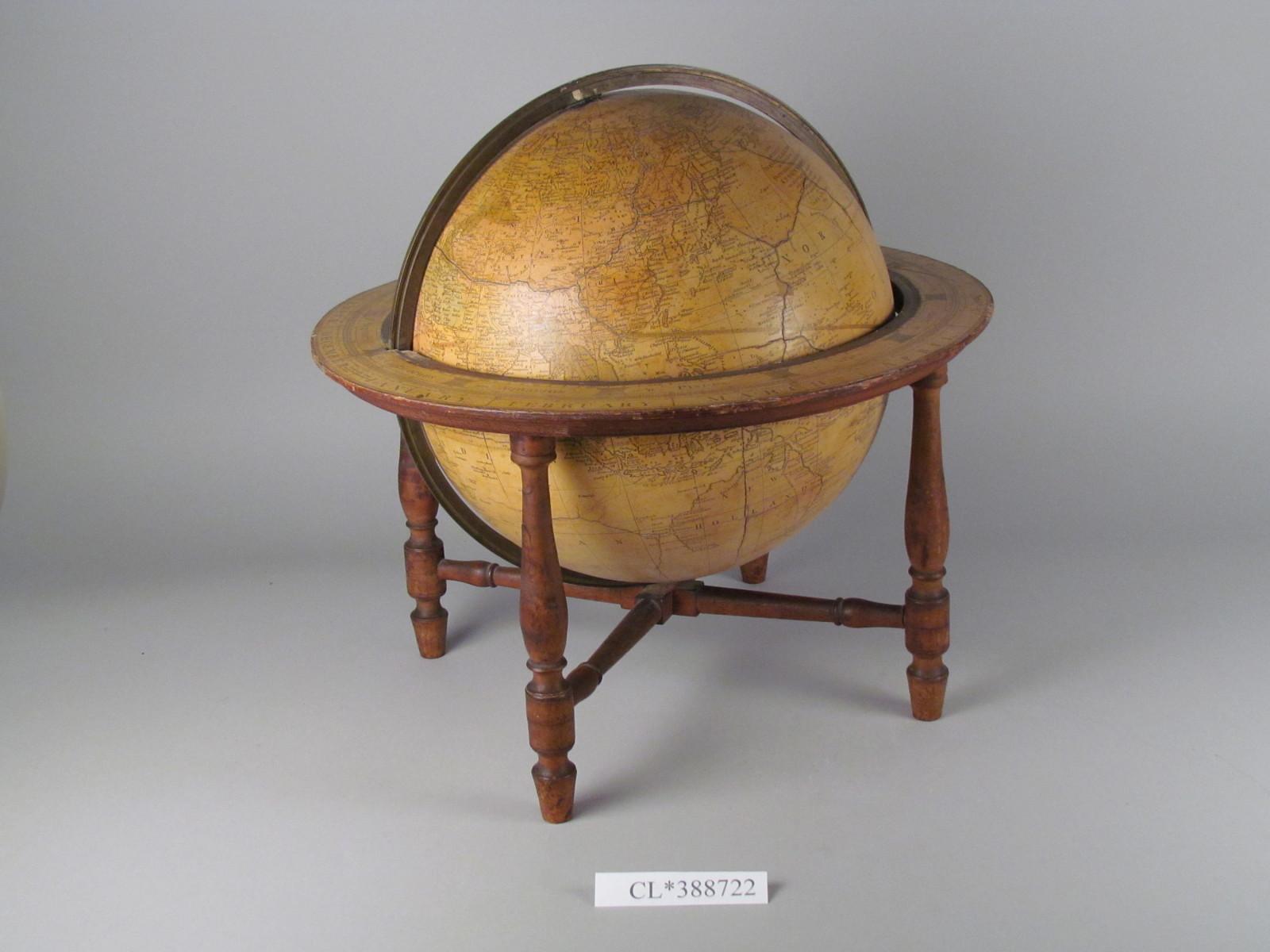 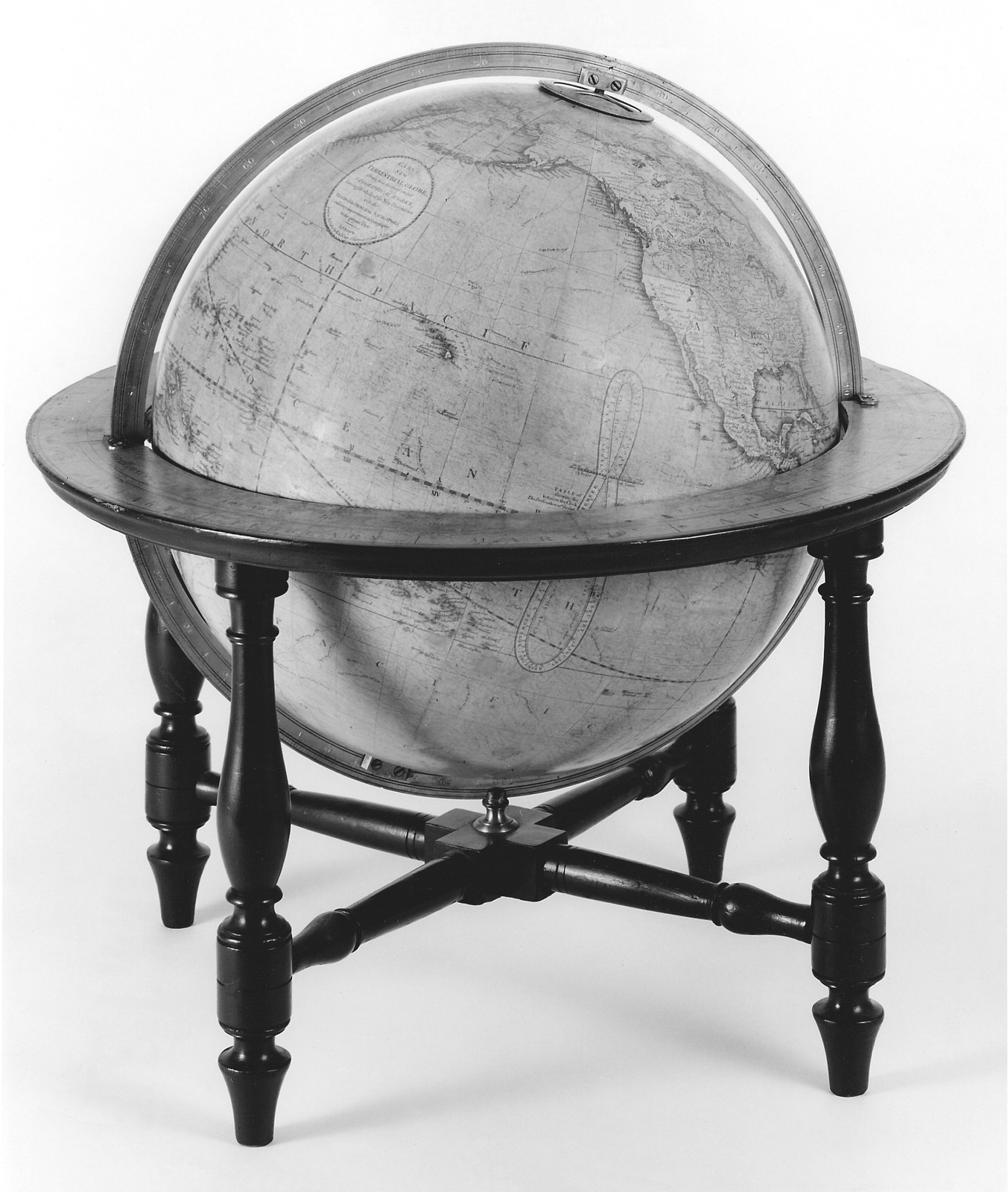 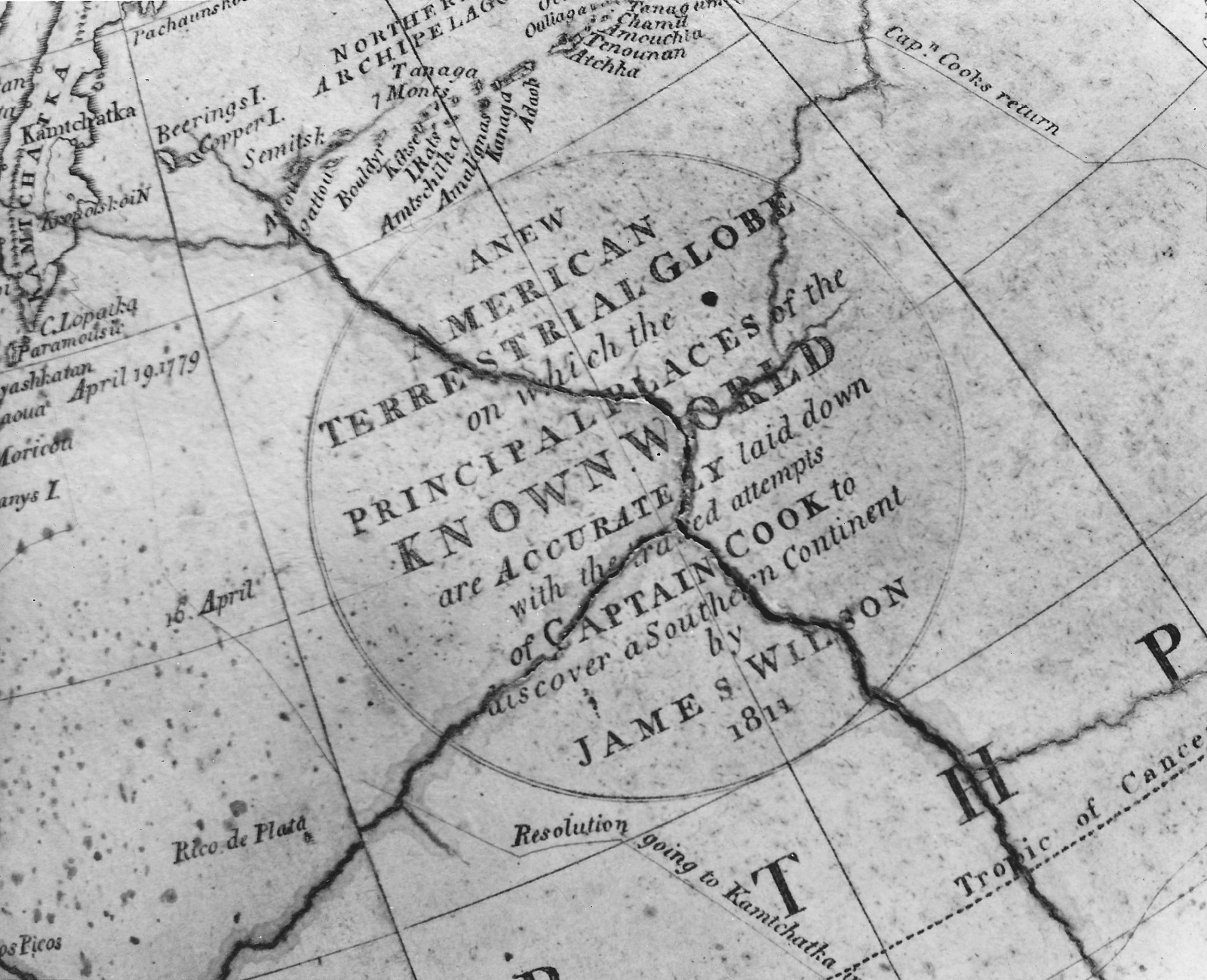