This metal tab-top soda can shimmers in raspberry red with the words “Diet” and “Sugar Free” emblazoned in yellow to catch the eye of diet-conscious consumers. Listed on the front of this can of “Artificially Sweetened Dietary Soda” from about 1970 are the ingredients: “Artificial color and flavor. Preserved with Ascorbic Acid, Stannous Chloride, and Sodium Benzoate.” The back of the can includes the statement, “Contains saccharin a non-nutritive artificial sweetener which should be used only by persons who must restrict their intake of ordinary sweets.” Artificial sweeteners were relatively new in consumer products in the 1970s and the wording used on this can contrasts sharply with the trend toward natural products. The can also advertises that diet Shasta “Contains only 1 calorie per can” and “No cyclamates.” Cyclamates are a chemical compound used to make artificial sweeteners until 1969 when the FDA banned them for a potential link to increased risk of cancer.

Shasta’s mountain range logo pays homage to the company’s origins, founded at the base of Mt. Shasta in the Cascade mountain range near the California/Oregon border. In 1889 a health spa and resort opened at the base of Mt. Shasta, which specialized in serving the naturally carbonated spring water from the area’s springs. The company founders started Shasta Mineral Springs Company and began bottling and selling the water throughout the West Coast. In the 1950s the company began flavoring its carbonated spring water and became part of a growing soft drink industry. By the 1960s producers of carbonated soft-drinks like Shasta were major users of artificial sweeteners, and despite concern from nutritionists these “diet” beverages were extremely popular. Throughout the 1970s production of diet soda continued to increase, and by 2000 it made up nearly a third of all soft drinks produced in the U.S. 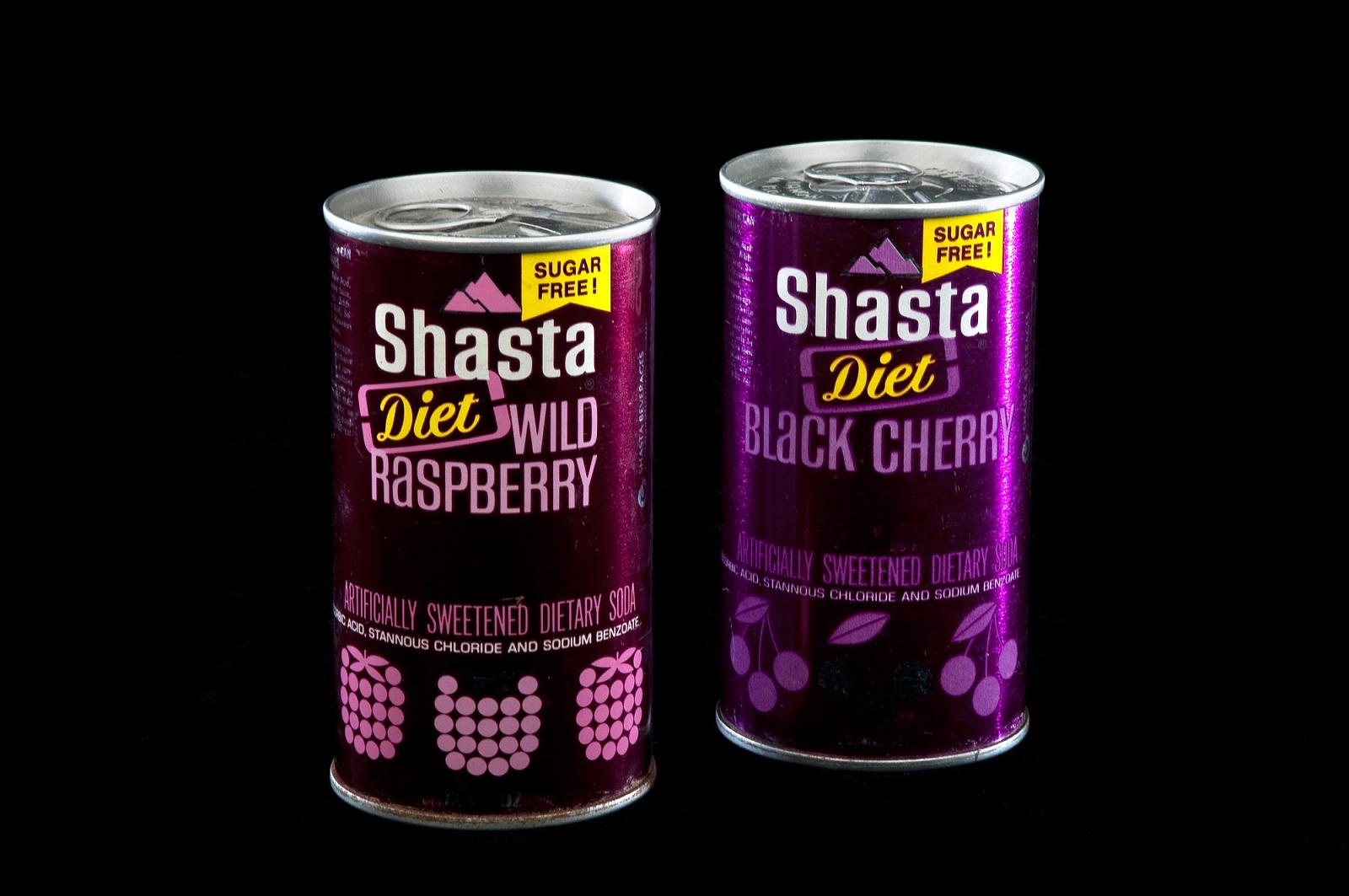 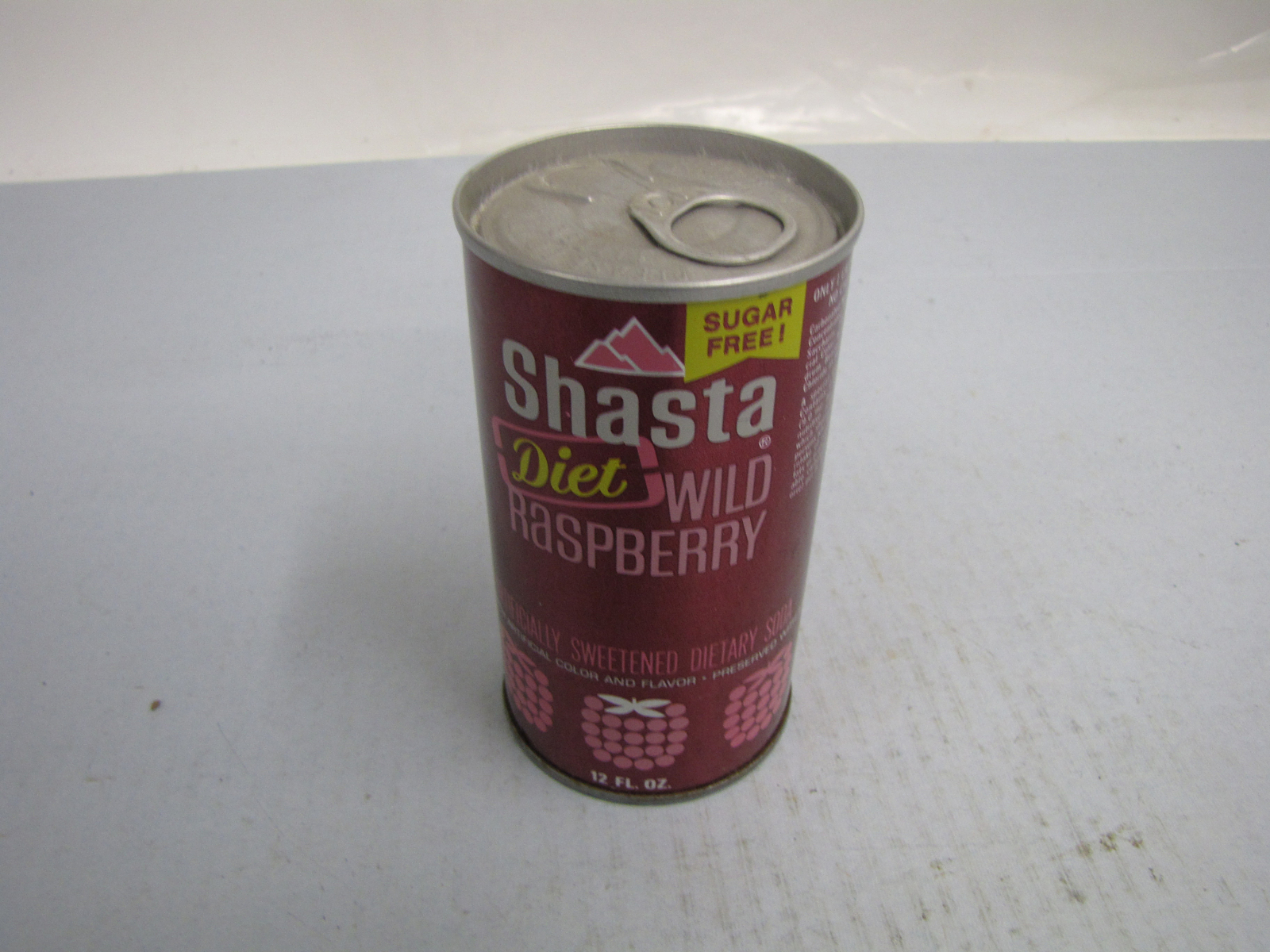