"Game ball" football from Super Bowl XLI. Ball is four leather panels stitched together. One panel reads [SUPER BOWL XLI CHAMPIONS] followed by the Indianapolis Colts logo with the scores of the Colts 929) and the Chicago Bears (17) to the left and right, respectively. Another panel features a heat stamped NFL logo above [CHICAGO / BEARS) · (INDIANAPOLIS / COLTS) / SOUTH FLORIDA · FEBRUARY 4, 2007 / NATIONAL FOOTBALL LEAGUE / Wilson / MADE IN U.S.A.]. Next panel has large Super Bowl XLI logo at center with ["THE DUKE." / WILSON] on the left and [(Roger Goodell signature) / COMMISSIONER] to the right. Fourth and final panel is blank.

Caption : Tony Dungy was named one of Time magazine's 100 most influential people in 2007 after becoming the first African American coach to win a Super Bowl. 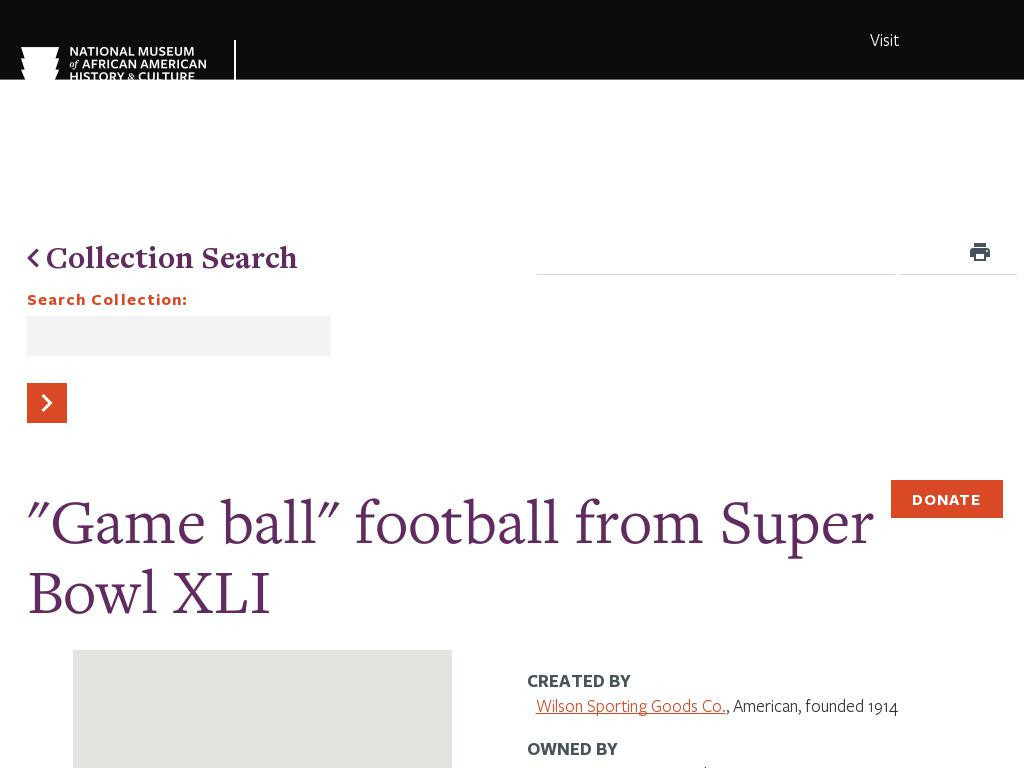