In 2017, Brazilian officials embarked on a long journey into the depths of the Amazon forest to monitor the isolated territories of the country’s indigenous tribes. Now, the team is revealing details about the expedition,including the first images of a group that has had no known contact with the outside world, reports Richard Pérez-Peña of the New York Times.

The expedition was undertaken by Brazil’s National Indian Foundation, or Funai, which works to protect the rights of indigenous groups. Among the images that the organization released is drone footage showing a clearing in the Javari Valley, a large indigenous reserve. In the clip, people can be seen walking through the clearing, including one person who seems to by carrying a pole or a spear. They do not seem to notice the drone hovering high above the trees.

Funai also released still photos of objects that were found in the area: an ax made from a stone blade, a thatched hut, canoes made from the hollowed trunks of palm trees.

Images like these can help researchers study Brazil’s uncontacted peoples. "The more we know about isolated communities' way of living, the more equipped we are to protect them," Bruno Pereira, a Funai official, tells the Associated Press.

But the organization does not try to engage with remote Amazon tribes—in fact, doing so can be dangerous. According to Survival International, there are around 100 groups living in Brazil’s rainforests that choose to remain isolated from one another and from outsiders, “almost certainly [as] a result of previous disastrous encounters and the ongoing invasion and destruction of their forest home.” A major concern is disease; uncontacted peoples are highly vulnerable to infections transmitted by outsiders, and “it is not unusual” for 50 percent of a tribe to be killed by foreign illnesses within the first year of contact, according to Survival.

Other threats come in the form of loggers, miners and farmers who are pushing into indigenous territory. Some groups have fled their land due to noise and pollution, and there have also been direct attacks on indigenous peoples. Last year, for example, ten tribespeople were reportedly killed by gold miners in the Javari Valley.

In July, Funai released a brief video clip of an uncontacted man who is has been living on his own in the jungles of Rondônia State for more than two decades. The other members of his tribe were likely killed by ranchers.

Funai’s expedition into the Javari Valley involved travelling more than 110 miles in “boats, trucks, motorcycles,” and then another 75 miles on foot, the group said in a statement. Officials were accompanied by the police. During the trek, they came across two groups of illegal hunters, as well as land and livestock owners who were encroaching onto indigenous territory.

Wallace Bastos, president of Funai, tells the AP that he hopes the newly released footage and images will help raise awareness about Brazil’s uncontacted peoples.

"These images have the power to make society and the government reflect on the importance of protecting these groups," he says. 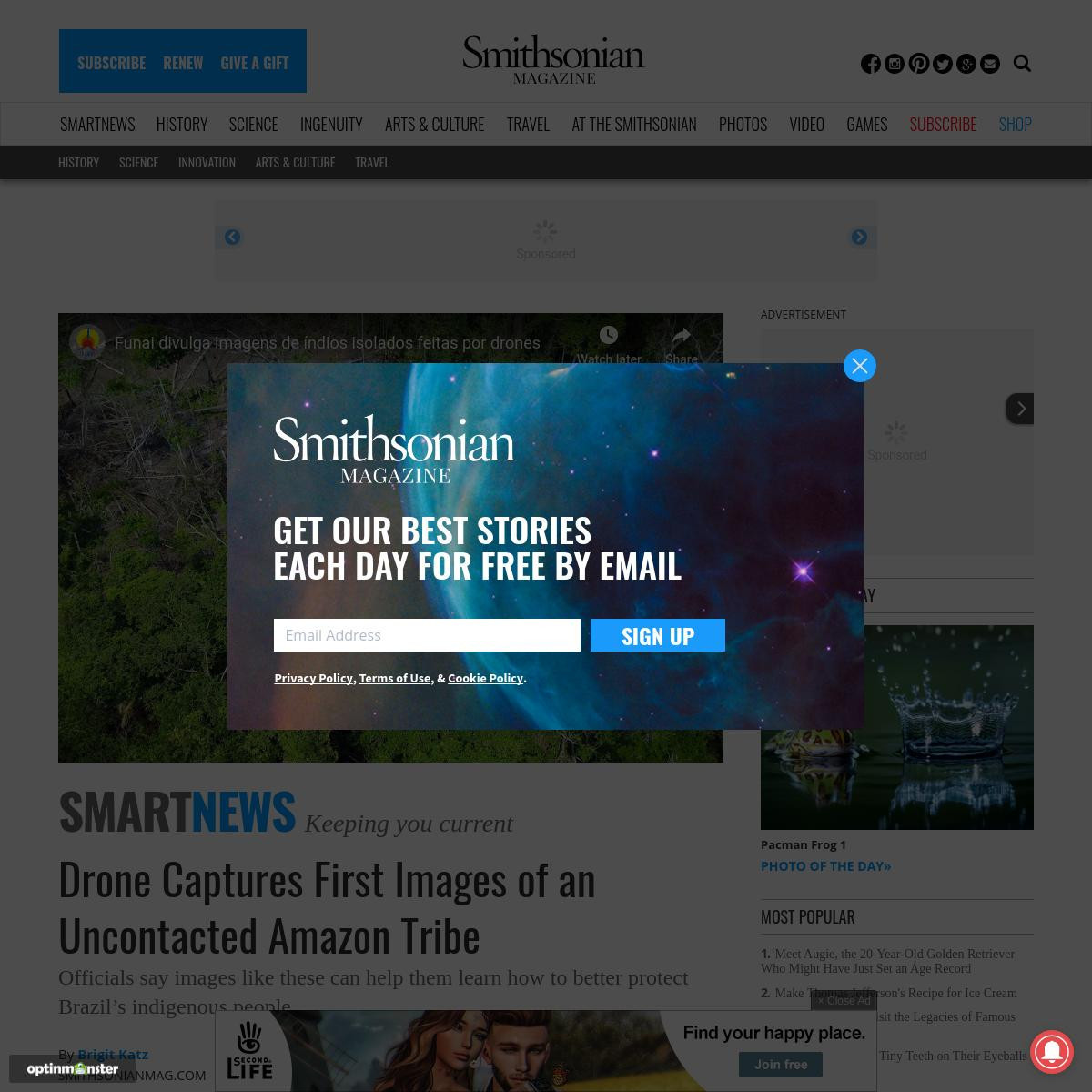