The American military began using telescopes with stable mounts and tubes of fixed length in the 1890s, to supplement the spyglasses it had used since the Revolution and the field glasses (binoculars) it had used since the Civil War. This example is of that sort. It has an achromatic objective of 110 mm (about 4¼ inches) aperture, a turret with three terrestrial eyepieces, a sunshade, an alt-azimuth mount, and a wooden tripod. The tube is 51 inches long. The “Zeiss” signature refers to the important German optical firm that began in business in Jena in 1846. The “6366” on the prism housing, if it is a serial number, suggests a date of manufacture in the 1890s. The eyepiece turret is marked: “Orthoskop. Okular f = 40”.”

This instrument came to the Smithsonian from the U.S. Weather Bureau which had installed it on Tatoosh Island, off the Olympic Peninsula in Washington State, and used it for spotting ships at sea. It may earlier have been used by the Army Corps of Engineers. 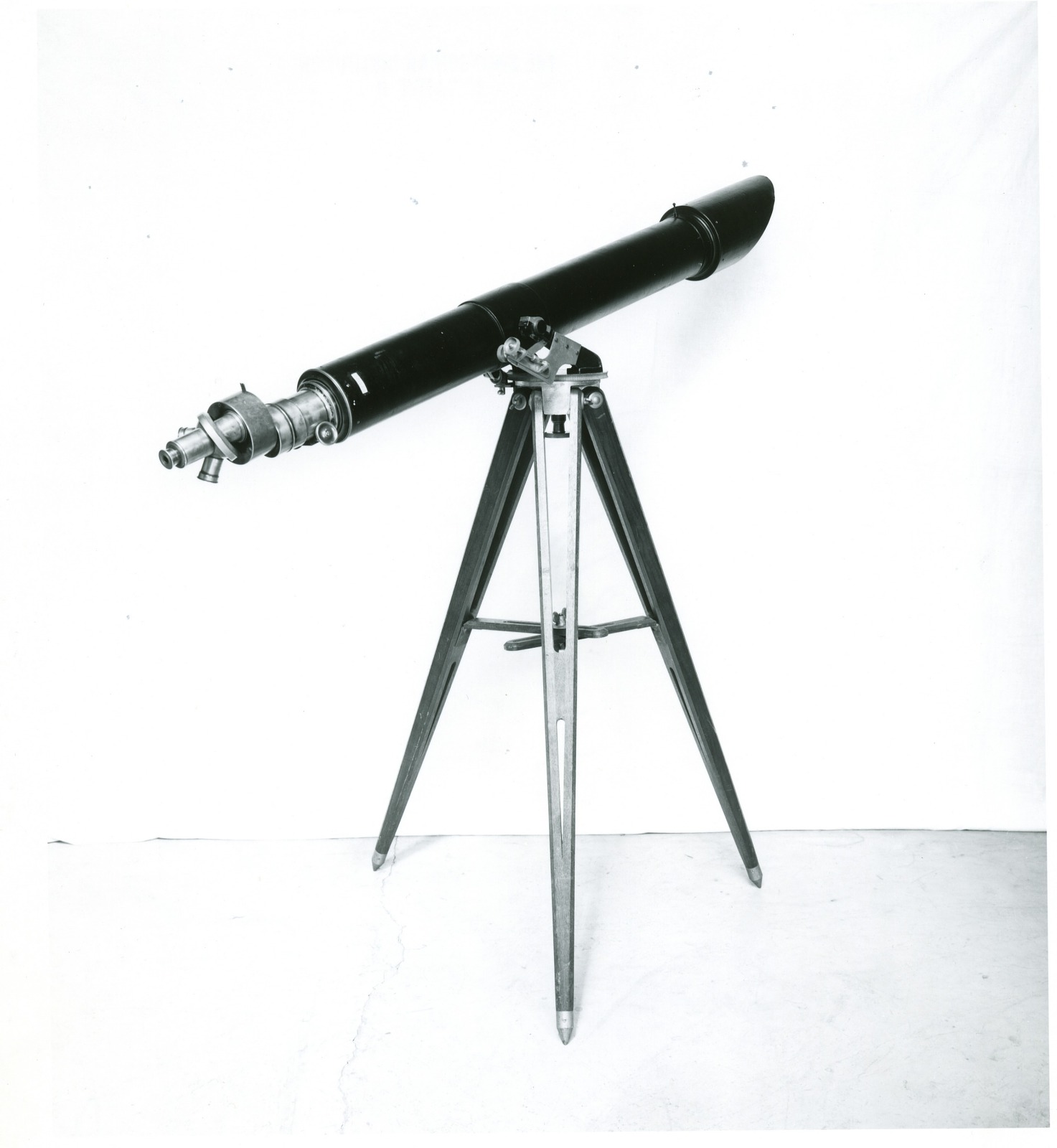