Change Author / Owner : Who has the best hair in our Entertainment Collection?

April 29, 2018, marks the 50th anniversary of the 1968 Broadway opening of the rock musical Hair. Hair grew out of the counterculture movement of the 1960s and focused on a group of hippies living in the "Age of Aquarius." The provocative musical featured rock music and focused on contemporary and often controversial topics of the day including the sexual revolution, anti-Vietnam War sentiments, and illegal drug use. 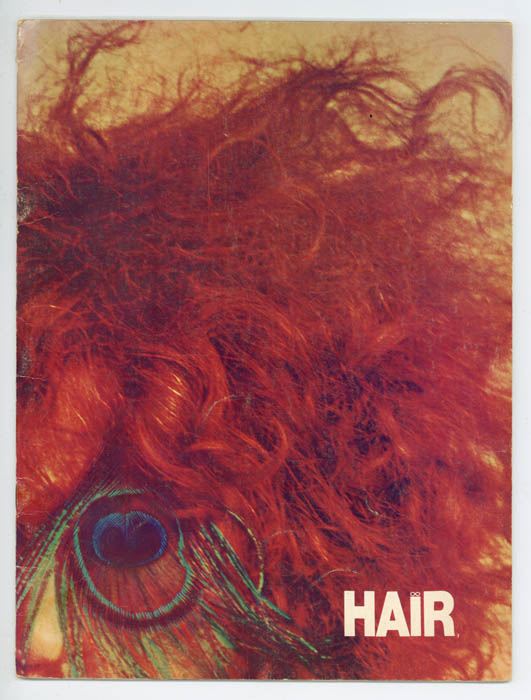 Souvenir program from the 1968 Broadway production of "Hair." 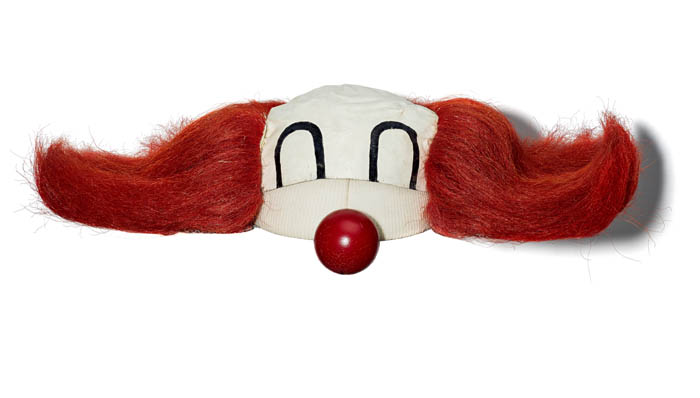 This skullcap with wig worn by Larry Harmon connects with face makeup to create the memorable character of Bozo the Clown.

The character of Bozo the Clown was created in 1946 for a children's storytelling album for Capitol Records and later transitioned to television appearances in 1949. This particular wig was worn by Larry Harmon as he played Bozo on television from 1958 to 1962. Harmon bought the rights to Bozo the Clown in 1956 and licensed and franchised Bozo to television stations across America and the world, training over 200 new actors to play Bozo the Clown through the 1990s. 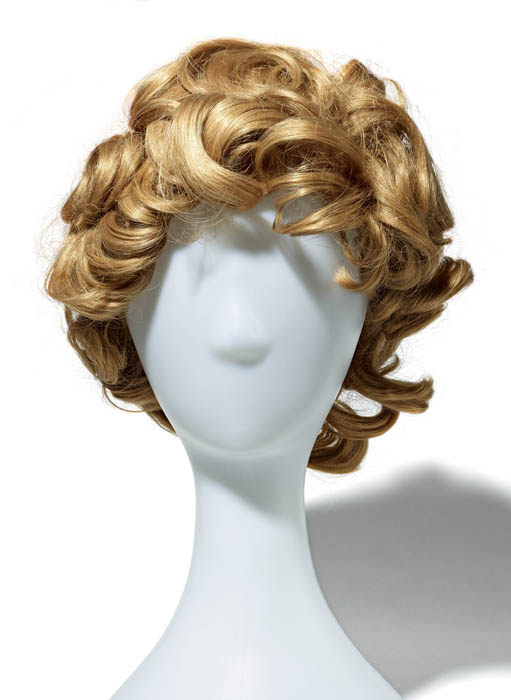 This wig was worn by Harpo Marx as he portrayed his signature character on stage and film.

Harpo Marx joined his brothers Groucho, Chico, Gummo, and Zeppo to form the Marx Brothers, a comedy act in vaudeville, Broadway, and film during the first half of the 20th century. Beginning as a musical act and transitioning into comedy, the Marx Brothers became well known for their improvisational comedy. They continue to be referenced in entertainment today. 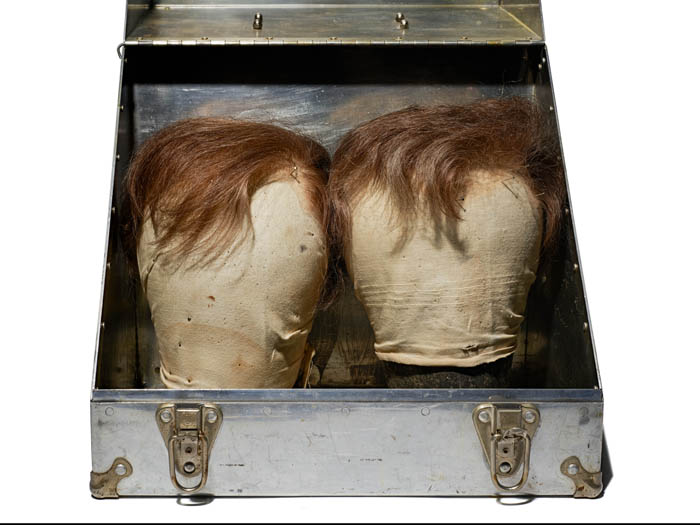 John Wayne's hair began to thin toward the middle of his career, and he began wearing hairpieces, even joking about them in public. Wayne wore these hairpieces while filming the 1969 film True Grit as he portrayed U.S. Marshal Rooster Cogburn. John Wayne won his only Academy Award for this role. 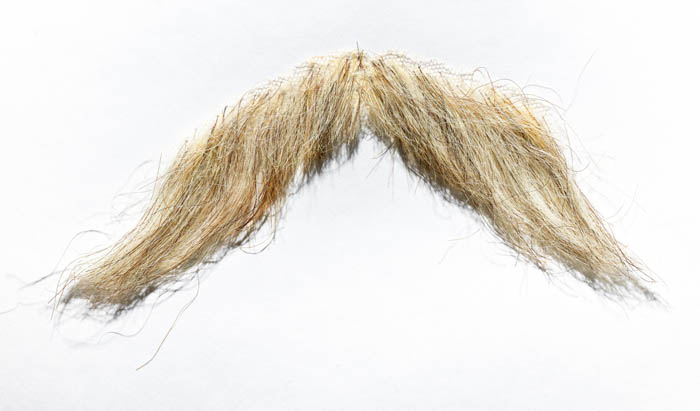 One of the eight different mustaches in the collection worn by James Whitmore. This one was worn when he portrayed Justice Oliver Wendell Holmes Jr.

When I think of hairpieces, I generally think of something that goes on the top of the head, but the entertainment collection also includes mustaches. James Whitmore wore this mustache to depict Supreme Court Justice Oliver Wendell Holmes Jr. in the play The Magnificent Yankee at Ford's Theatre in Washington, D.C.. The show opened in 1996. 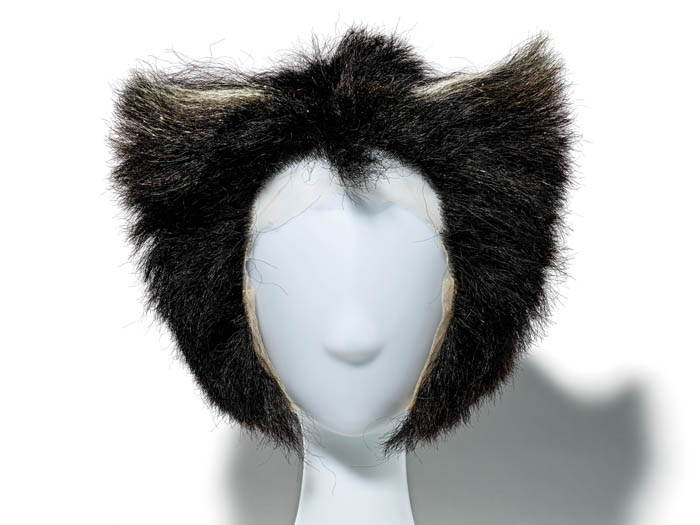 Cats can have wigs too! This one was worn by the character Mr. Mistoffelees in the Broadway production of "Cats."

Not all wigs are meant for humans. This wig's stiff, short hair is cut in the shape of a cat's head and ears. It was worn by the character Mr. Mistoffelees, "the original conjuring cat," in the Broadway musical Cats. Winning seven Tony Awards, the original run of Cats on Broadway is one of the longest running musicals in Broadway history with 7,485 consecutive shows between 1982 and 2000. 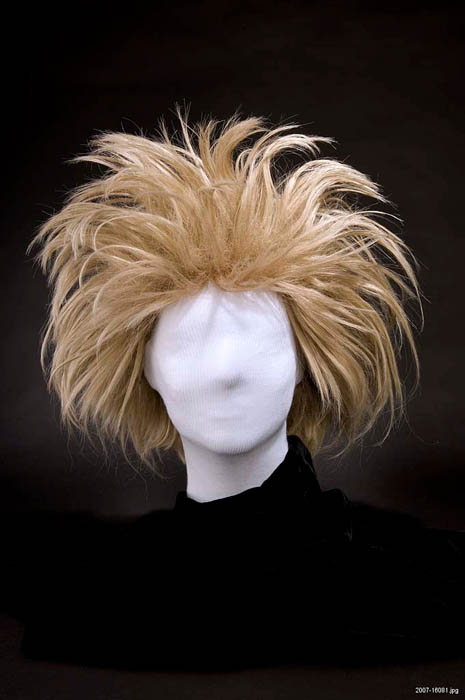 Phyllis Diller developed a stage persona of an incompetent housewife. In her outlandish outfits and this signature fright wig, she used her act to challenge the myth of the idealized American housewife.

Phyllis Diller broke barriers in the comedy world to become to the first woman stand-up comic recognized in households across the country. After years of bleaching her hair, it began to thin. A hair stylist gave her a special rubber massage brush to stimulate hair regrowth. While it didn't lead to any more hair for Diller, it did make her hair stand on end, which quickly became her signature style. As the style progressed, it became more outlandish, and Diller began wearing fright wigs like this one to accentuate the style. 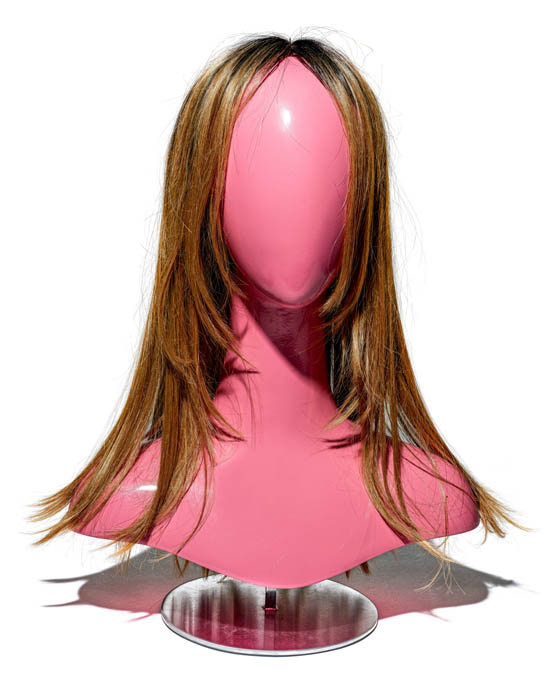 Wendy Williams used the pink mannequin head in this picture to store and display this "Twombré" wig.

Talk show host Wendy Williams refers to this wig as her center-part "Twombré"—which is partly named after her "wigologist," Antwon Jackson. It was originally entirely brunette, but Jackson dyed the wig blonde and left the roots brown for a more natural, ombré-style look. The wig even has thinner roots, which allows Williams's scalp to show through to help with its natural appearance.

8. Wig worn by Misty Copeland in On the Town on Broadway 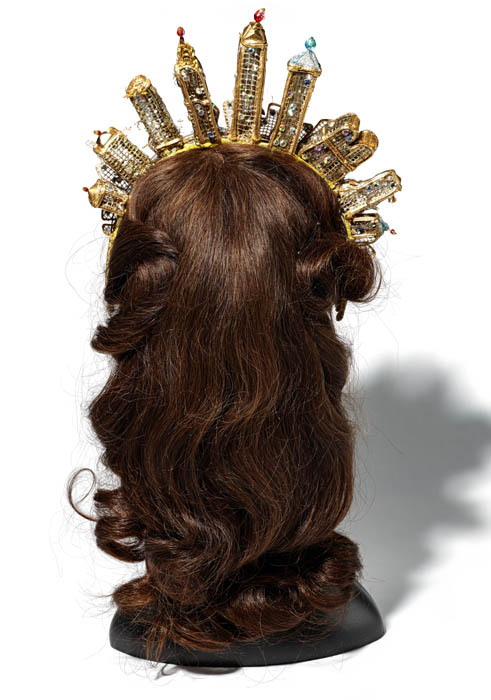 Misty Copeland wore this wig and crown when her character Ivy Smith was named "Miss Turnstiles" in the 2015 Broadway production of "On The Town."

Ballerina Misty Copeland wore this wig when she played the role of Ivy Smith in the Broadway revival of On The Town in 2015. Earlier that year, Copeland became the first African American woman in the history of the American Ballet Theatre to be promoted to principal dancer. 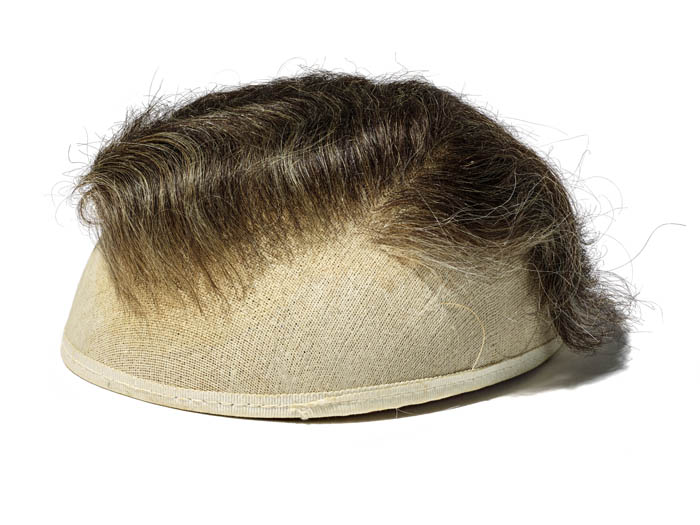 One of the many toupees in the season five episode of "The Dick Van Dyke Show" titled "Coast-to-Coast Big Mouth."

Carl Reiner served as producer, writer, and actor in the role of Alan Brady on The Dick Van Dyke Show from 1961 to 1966. In the episode "Coast-to-Coast Big Mouth," the character Laura Petrie, played by Mary Tyler Moore, accidentally reveals on television that Brady wears a toupee. She visits Brady to apologize but finds him angry and surrounded by several different toupees on mannequin heads. He tells the toupees, "Fellas . . . there's the little lady who put you out of business!"

Hanna BredenbeckCorp is a project assistant in the Division of Culture and the Arts. 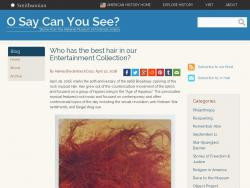