A handwritten letter from Alexandra Truitt, on behalf of the offices of Richard Avedon, to Gloria Baldwin Karefa-Smart, James Baldwin's younger sister. In the letter, Truitt inquires about a photograph of James Baldwin that was taken by Richard Avedon in New York in October 1946. 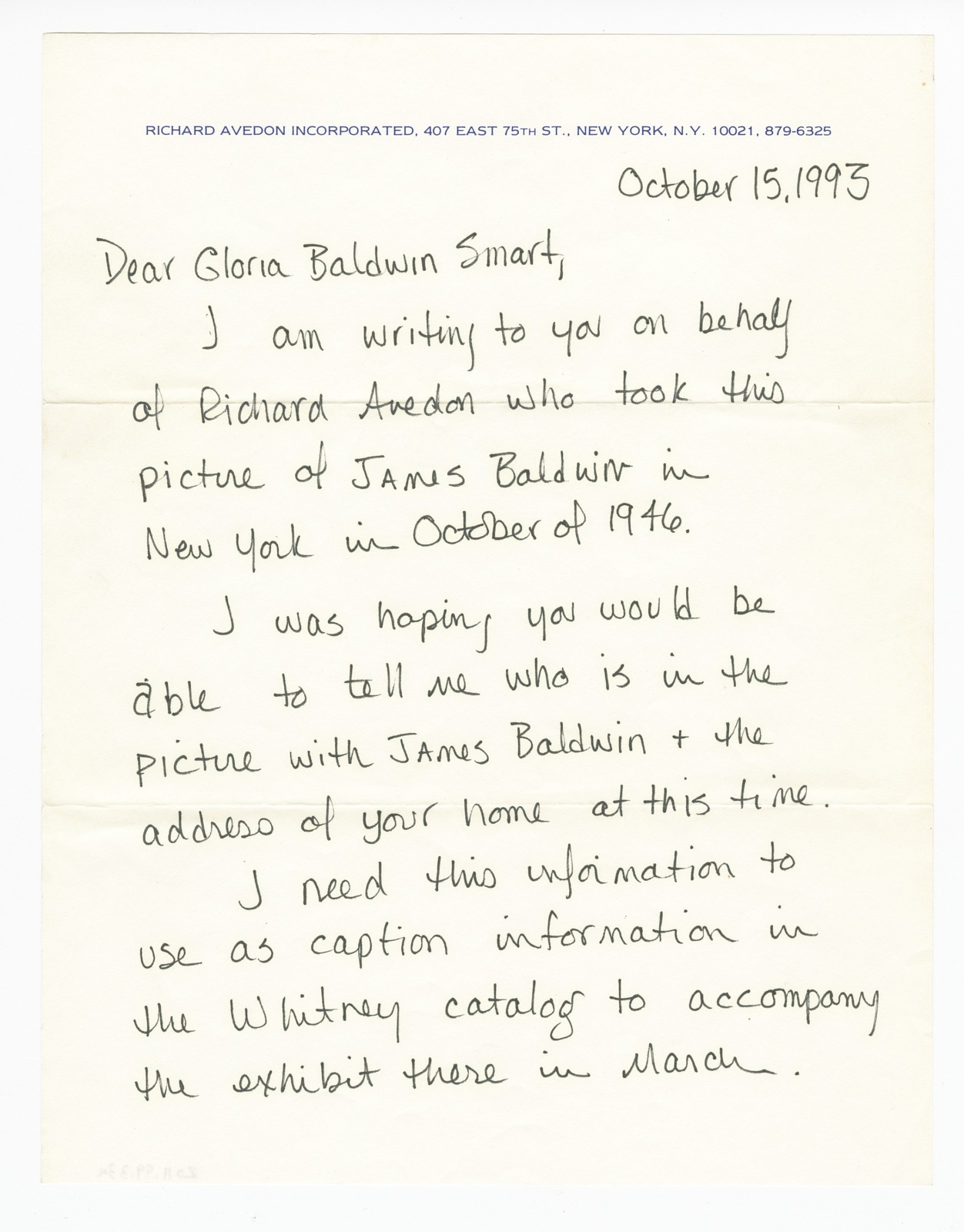 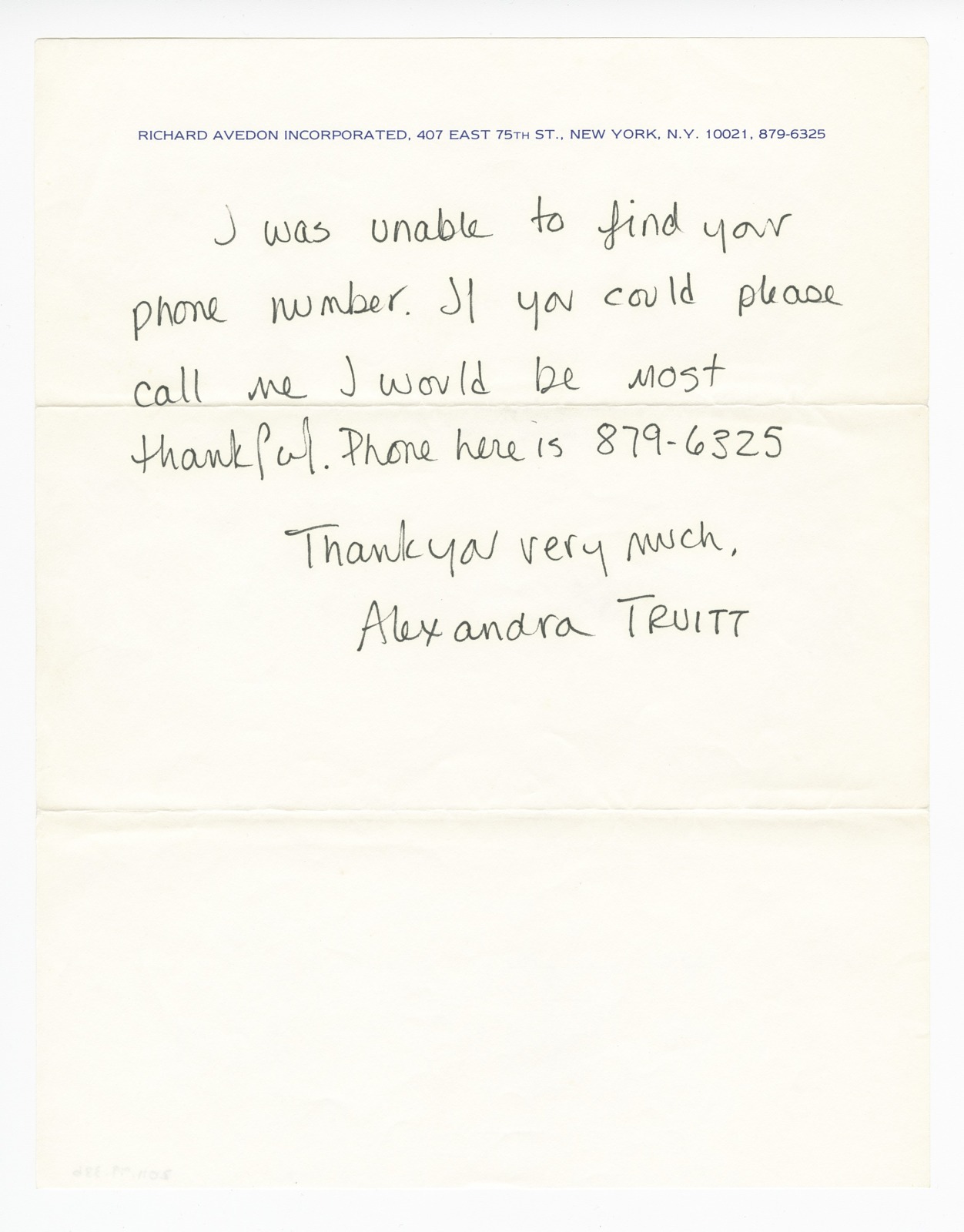