While scientists have known that the moon experiences quakes since Neil Armstrong and Buzz Aldrin first set foot on its surface, data taken during the 1970’s is still revealing new information about the moon’s seismic activity.

As part of 1972’s Apollo 17 mission – the last time humans landed on the moon’s surface – the astronauts left behind seismic sensors that gathered and transmitted data until 1977. While the sensors only collected data for five years, they registered a huge amount of seismic activity that come in four distinct forms: thermal moonquakes caused by severe changes in temperature as the moon goes from day to night, meteoroid impacts, deep moonquakes and shallow moonquakes, Adrienne LaFrance writes for The Atlantic.

But thanks to a new computer algorithm, scientists are still finding new information about the moon’s seismic activity buried in that data, Joshua Sokol writes for New Scientist.

“We are able to classify more than 50% of previously unclassified lunar events, and additionally find over 200 new events not listed in the current lunar event catalog," Brigitte Knapmeyer-Endrun and Conny Hammer, the algorithm’s developers and co-authors write in a new study.

“The moon was ringing like a bell,” geologist Clive Neal wrote in 2006 after conducting his own study of the data supplied by NASA.

Understanding how seismic activity differs between Earth and other celestial bodies is important as researchers at NASA and other space agencies begin exploring options for establishing extraterrestrial bases. Moon or marsquakes could be deadly for unprepared settlers, as the shaking ground could tear apart shelters that need precise fittings to maintain life support, according to a NASA statement from 2006. Data from moonquakes is particularly relevant in this scenario as it lacks active tectonic plates, as does Mars. Because the moon and Mars are both much smaller than Earth, they are essentially “one-plate planets,” Neal tells LaFrance. That means their seismic activity will follow very different patterns from what geologists observe on Earth.

The new moonquake data comes as NASA researchers are preparing a probe for a new Mars mission, called “InSight.” The InSight mission will include seismic sensors that could finally confirm scientists’ suspicions about the Red Planet’s geologic activity.

“We assume that there are quakes on Mars, but none have been measured—as yet!” Neal tells LaFrance. “We do not know what causes the largest moonquakes nor where they are precisely located. We know nothing about Mars, so the InSight mission is critical.”

By understanding and identifying types of seismic activity on the moon and Mars, NASA engineers might get one step closer to figuring out the best ways to build habitats for the first humans to make their homes away from planet Earth. 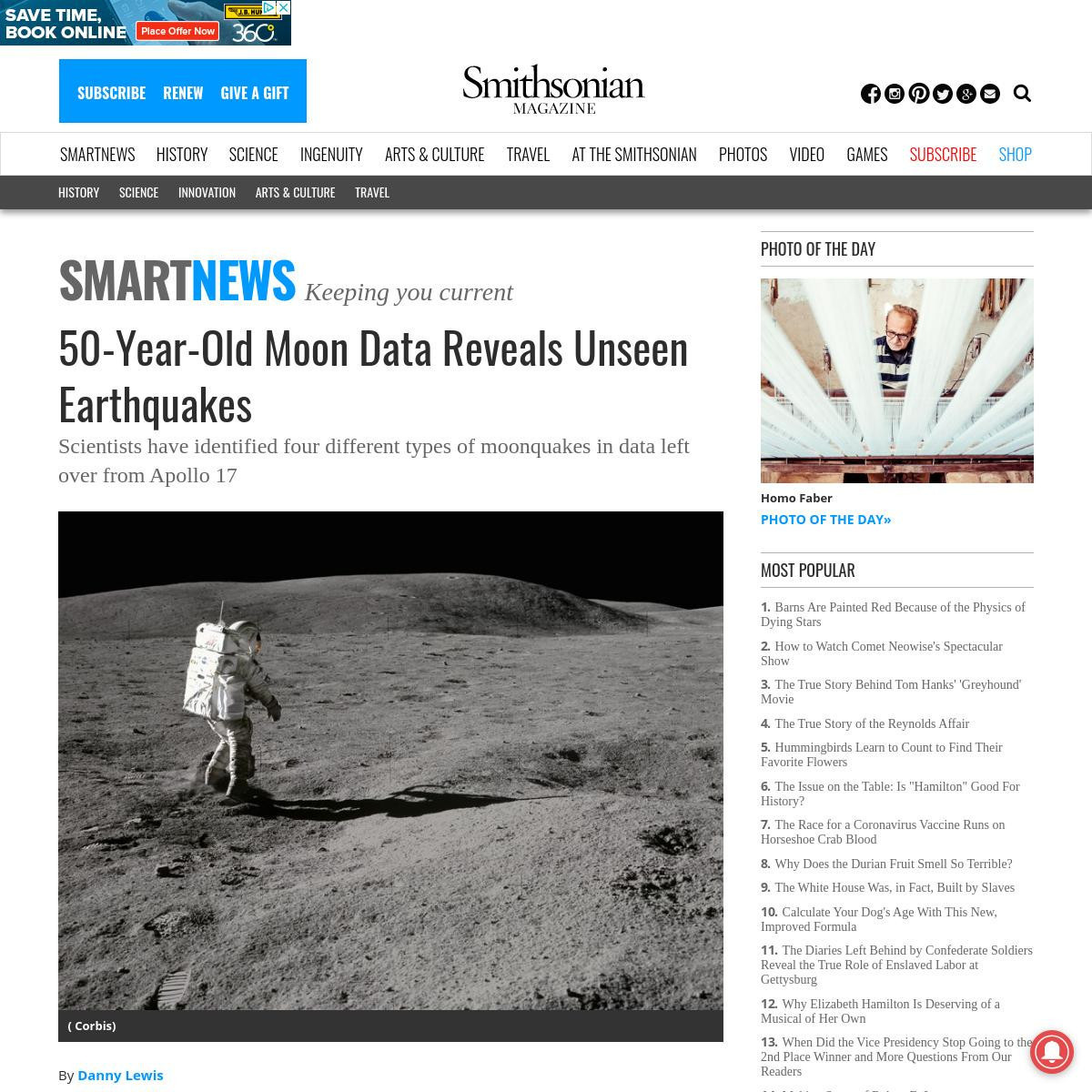