For most people, Valentine’s Day is about roses and romantic dinners. For the news media, it’s a chance to inundate the public with an abundance of commentary on the current state of coupling up. There’s, for instance, a newly released Pew survey examining the impact of the Internet and social media on relationships. The poll found that most people feel that the Internet has a positive impact on their love lives, with over one-third crediting greater intimacy to text messaging.

But even when it comes to affairs of the heart, you’d be hard-pressed to find a more reliable purveyor of relevant sociological trends than Facebook. By keeping a record of what we “like” and just about every quantifiable manner in which we engage with the world-at-large, the social network we love (and hate) has become a kind of de facto chronicler of some of the most intimate aspects of our lives. This Valentine's Day, the statistics-crunching Facebook Data Science team has mined this vast clearinghouse of status updates for nuggets of insights on, you guessed it, love. For the most part, its still-ongoing series of blog reports seems to confirm many of the more common assumptions with regards to how romance plays out among certain cultures and demographics. There are, however, a few notable surprises.

Considering that religion has historically been a potent unifying force in nearly every society, it should surprise no one that the majority of couples within every country shared the same faith. Spain, where 70 percent of the population proclaim themselves as Catholic, had the most interfaith relationships, albeit at a mere 28 percent. And while one would think that nations with a greater diversity would make for higher rates of interfaith relationships, it's simply not the case. In Taiwan, where the breakdown is 50 percent Protestant, 24 percent Muslim, 11 percent Catholic and 11 percent Buddhist, hooking up tended to stay segregated along religious lines, with 90 percent being same-faith couples.

The data, though, does indicate that some religious groups are more amenable to partners from different faiths than others. Jews in the U.S., for instance, are much more likely than Sikhs to pair up with someone of another religion, despite a population that's 15 times larger. As a quirky side note, 13 percent of those belonging to the Church of Jedi, as in people who derive their spiritual beliefs from the metaphysical ideas laid out in Star War movies, were married to another Jedi devotee. It's not known though whether there was any conversion involved or if they had found the droids they were looking for.

Another long-standing phenomenon that’s shown to be fairly resistant to change is the pattern of men coupling with younger women. Worldwide, Facebook's numbers indicate that a male partner is, on average, about two and a half years older than the female. Only in 20 percent of relationships is the man younger than the woman. This age disparity is much less pronounced among younger couples in their early 20s, with many having met in school and other popular social settings. From there, the gap continues to widen, growing to about 5 years among those in their fifties. Overall, the average age difference is larger in same-sex couples than it is in opposite-sex.

So does the evidence speak to some kind of innate biological preference? A deeper breakdown shows the issue is more complicated than that, as socioeconomic variables seem to factor into how this dynamic plays out. An analysis found that in affluent countries, like Norway and Sweden, where the gender gap is much smaller compared to Turkey or Egypt, the age gap is also noticeably less prominent.

When it's more than a fling

Taking into account the duration from when a user announces that he or she is taken to when a breakup is declared official, statistics say that the longer someone is in a relationship, the more likely it’ll last. In fact, about half of all Facebook relationships that have surpassed the three month mark are likely to survive four years or longer.

Also, during those first two years, Valentine’s Day has come to serve as an occasion to celebrate this strengthening bond, as instances of breakups have been shown to dip during this period. Beware of summer, though. As the weather brightens and people feel more motivated to spend time outside, those who chose to enter into a relationship may also start to feel suddenly confined by it. The data shows a sharp spike in breakups in the months of May to July, and relationships that begin during that time frame tend to have a shorter cycle as well. Hmm...no surprise there.

Where the Singles Are

Here’s another unsurprising takeaway: Large urban metropolises are bastions of the free and happily single. It does appear that there is something to the rationale that less committed types are apt to flock to major cosmopolitan cities like New York and Los Angeles. In these places, along with Detroit, you'll find the highest percentage of singles in the country. But whether they're datable or not is another matter entirely, as it's also where the rate of what’s called relationship formation (instances of coupling up) are among the lowest compared to other major American cities.

"Sometimes when you're in a big city and there are thousands and thousands of people you might find attractive, it becomes so overwhelming that you don't engage in the dating culture at all," Justin Garcia, a researcher at the Kinsey Institute for Research in Sex, Gender and Reproduction, tells the Wall Street Journal.

One presumption to shoot down is the idea that religious communities would have comparably higher rates of coupling. Because while the American Bible Association lists Charlotte and Nashville as two of the most religious cities, Facebook's analysis revealed that both were in the lower ranks of relationship-oriented cities.

The five cities with the highest ratio of single women—Memphis, Jacksonville, Fort Worth, Charlotte and Richmond (VA)—are all located in the southern half of the country whereas unattached men are concentrated in spots that start with an S (San Francisco, San Jose, Seattle, Salt Lake City and San Diego), though I’m sure it’s only a coincidence. 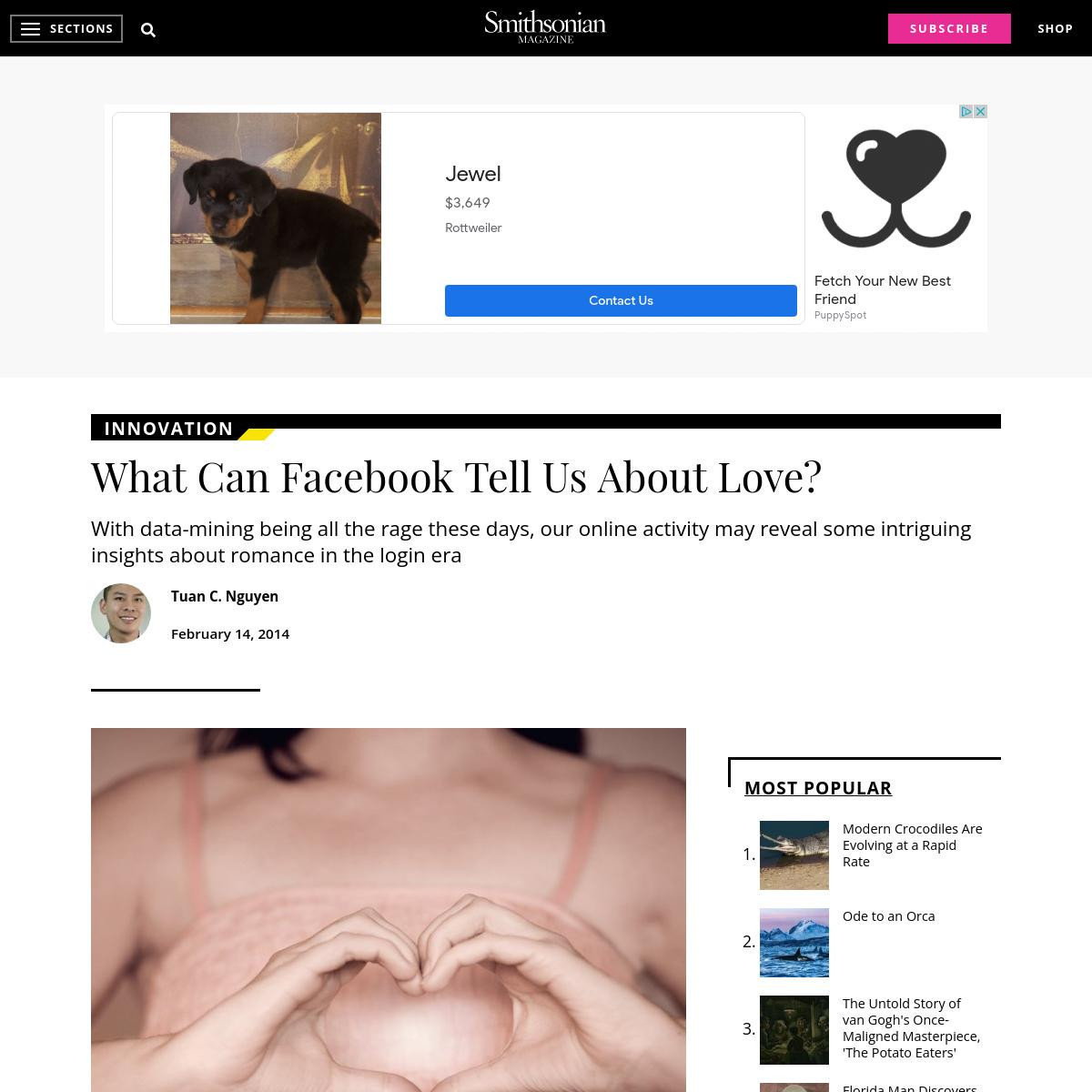