In late November, a high-tech network of cameras scattered about the Australian outback spotted a meteorite plummeting through the atmosphere. Just over a month later, on New Year’s Eve, a group of geologists finally found the 3.7 pound, 4.5 billion-year-old space rock buried in a crater near Lake Eyre, extracting it only hours before heavy rains would have washed away any traces of the rock.

"We couldn't see it, and I was starting to think it had been washed away by previous rains," Phil Bland, a planetary geologist at Curtin University tells Ariel Bogel for Mashable. "We found it really three hours before the rain came in."

In a statement, Bland said he and his team managed to dig up the meteorite “by the skin of our teeth.” But while Bland was excited by successfully retrieving the meteorite, what’s really important is the automated camera system that not only showed Bland and his colleagues where to dig, but where the space rock came from, Yanan Wang writes for the Washington Post.

The meteorite is the first detected by the Desert Fireball Network, a system of 32 automated observation cameras spread out over remote and rural regions in the outback. Of these cameras, five detected the meteorite’s entry into Earth’s atmosphere on November 25, 2015, giving planetary scientists plenty of data to calculate its trajectory.

Based on this data, they knew the general area to look for the space rock as well as where it came from, Laura Gartry writes for ABC News in Australia. Bland and his colleagues traced its origins back to the asteroid belt between Mars and Jupiter.

"We have so few data points about meteorites," Bland tells Bogel. "Every time, it teaches us something new. There are 50,000 meteorites in collections around the world, but we've only got orbits for 20."

While researchers have used cameras to scan the skies for meteorites for decades, many of those networks were built in hilly regions or in forests. Because the Desert Fireball Network is situated in the arid terrain of the Australian outback, the cameras have a much easier time pinpointing where a meteorite will land, Wang writes.

While the camera network is inventive, Bland wasn’t sure how well it would actually work until it successfully led his team to a meteorite.

“We built this whole blooming network and the hardware is really innovative,” Bland tells Yang. “There are a bunch of technical developments that can do things for a lot cheaper. But you don’t know how any of it works—if it works—until you find a little rock on the ground.”

Now, Bland hopes that data gathered from the Desert Fireball Network and from the newly-retrieved meteorite can help shed light on the early formation of the solar system. 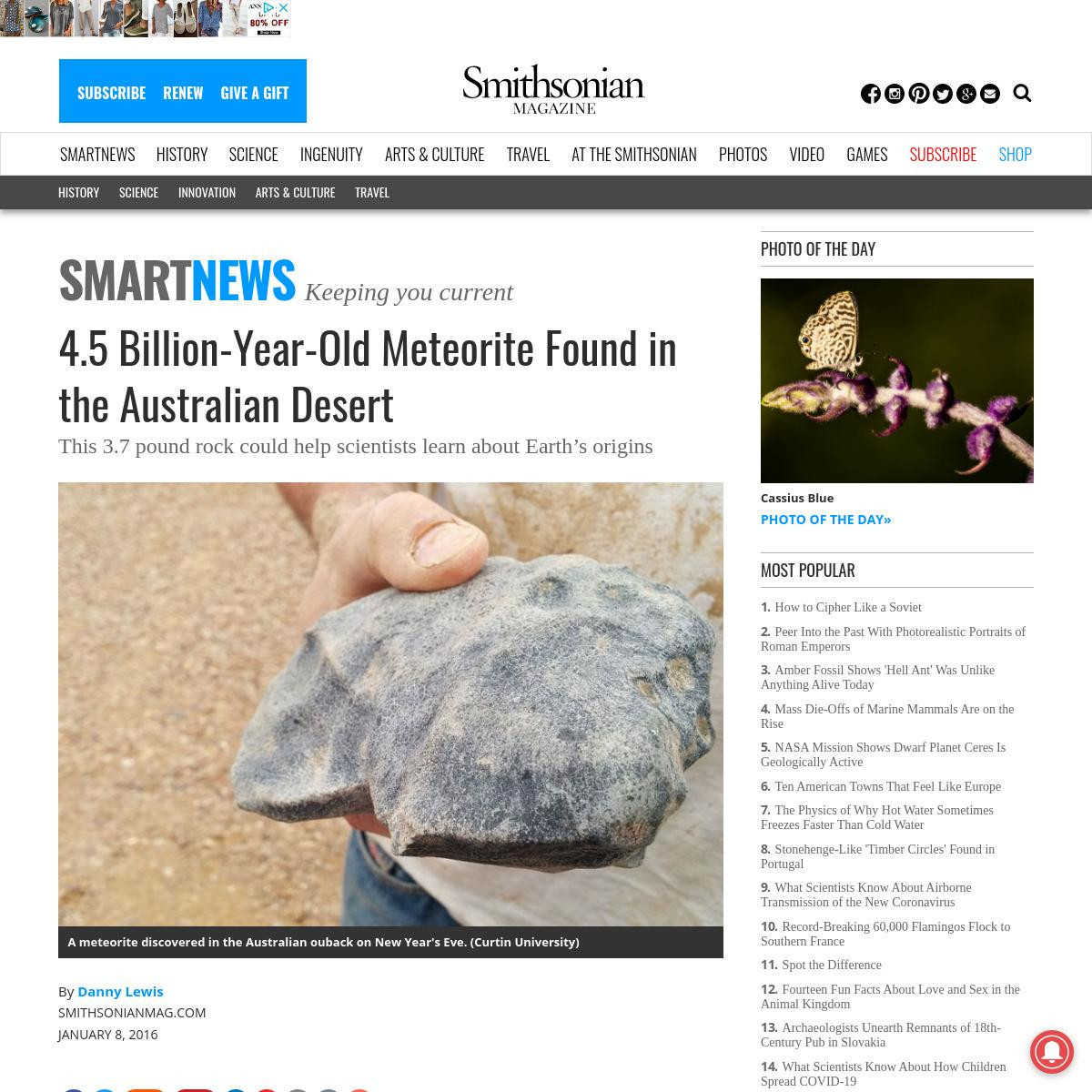