If you were to gaze down at our planet from, say, a space station orbiting the Earth, you might catch a glimpse of a brilliant red glow hovering just above the upper limits of the atmosphere. While this colorful display as seen in a video captured aboard the International Space Station may look similar to an aurora, it’s actually a phenomenon called “airglow” that marks the very edges of our atmosphere.

Airglow was first discovered in 1868 by the Swedish physicist Anders Ångström. Ångström was fascinated with the aurora borealis, but he realized that while aurorae occur in brief, brilliant spurts, the Earth’s upper atmosphere is constantly glowing. Most often occurring about 60 miles above the Earth’s surface, airglow happens when particles in the upper atmosphere interact with sunlight and solar radiation, Jason Samenow writes for the Washington Post. As these particles are excited, they produce photons, creating a layer of light at the very edge of the atmosphere.

Unlike an aurora, which is caused by electrons interacting with the Earth’s magnetic field closer to the North and South Poles, airglow is usually created by a chemical reaction. There are technically three different phases to airglow depending on the time of day, Marshall Shepherd writes for Forbes. First, there’s “dayglow,” which is caused by sunlight illuminating the atmosphere. While this is the brightest kind of airglow, it is still faint enough to be drowned out by the sun and can only be detected through thermal imaging. Then, there’s “twilightglow,” which occurs in a narrow band as the Earth’s face rotates away from the sun. Finally, there’s the “nightglow,” when solar radiation causes oxygen and nitrogen particles in the upper atmosphere to break down in a process called “chemiluminescence,” which produces a faint glow.

While airglow creates a beautiful display from the vantage point of the ISS, it’s much harder to see from the ground. According to NASA’s Earth Observatory, airglow is about one billion times fainter than sunlight. However, it is such a persistent phenomenon that it actually contributes more light to the night sky than starlight, Shepherd writes.

Even though airglow happens all the time, it isn’t always uniform. Satellites studying the atmosphere often observe ripples and waves in the airglow caused as the glowing layer is shifted by weather patterns. In fact, these disturbances are sometimes used to study long-term changes in the upper atmosphere, Shepherd writes.

Some of these changes in the boundary between the atmosphere and outer space were only discovered in the last decade and scientists still aren’t sure exactly what causes them. By studying the reactions that create the airglow, scientists hope to learn more about the forces that shape the very edges of our planet’s atmosphere. 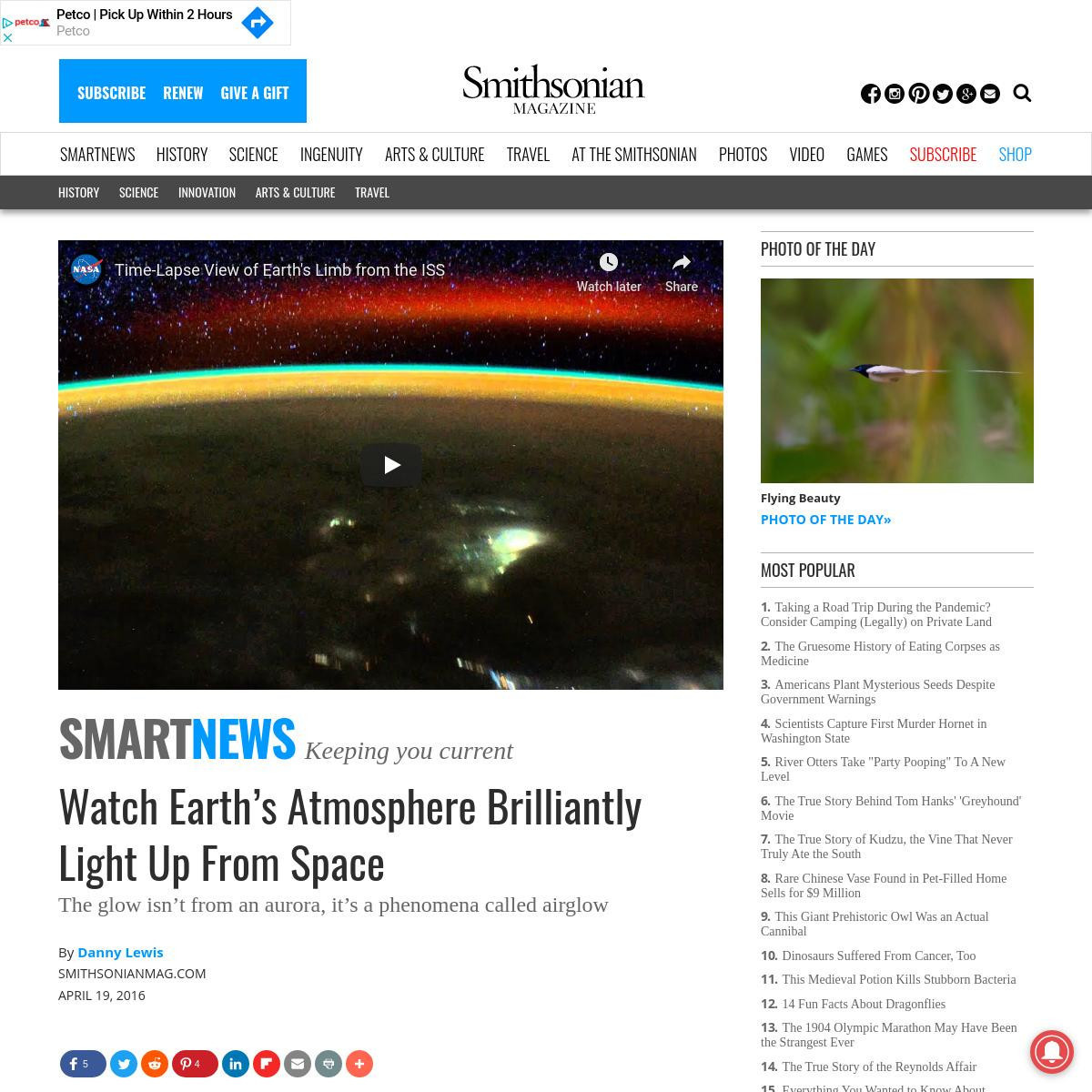