Sue Macy‘s elaborately illustrated 2011 book, Wheels of Change: How Women Rode the Bicycle to Freedom (With a Few Flat Tires Along the Way), describes the surprising role that the bicycle played in freeing women—both physically and spiritually—from the oppressive and conservative constraints of 19th century America. Bicycles at the time were clumsy, heavy things made of iron and wood and sometimes called “boneshakers” until rubber tires softened the ride. But men were getting a kick out of them, and women wanted in on the fun. Their clothing was a problem, as Macy points out:

Imagine a population imprisoned by their very clothing; the stiff corsets, heavy skirts, and voluminous petticoats that made it difficult to take a deep breath, let alone exercise…How suffocated women must have felt. And how liberated they must have been as they pedaled their wheels toward new horizons.

To efficiently ride a bike there was only one thing to do: Take it off. Skin-tight lycra and tube tops were still some years down the road, but women were, at last, freed from the ridiculous layers that had physically anchored them to house, porch and trimmed Victorian lawn for ages. They swung their legs over the frames of their bikes and pedaled off on adventures, often with male companions. Macy tells of one bitter curmudgeon named Charlotte Smith who said in 1896 that “the alarming increase of immorality among young women in the United States” was a product of the bicycle. Smith also said that the bicycle was “the devil’s advance agent morally and physically.”

Other people, Macy tells us, saw the virtues of the bicycle.

“A girl who rides a wheel is lifted out of herself and her surroundings,” declared one Ellen B. Parkhurst. “She is made to breathe purer air, see fresher and more beautiful scenes, and get an amount of exercise she would not get otherwise.”

(Sounds like Parkhurst had the spirit of a bike tourist.)

The bicycle impacted the world in measurable ways in the 1890s. Cigar sales took a nosedive, Macy reports, as the collective preoccupation with cycling replaced smoking in stodgy reading rooms. Use of morphine, popular at the time as a sleep inducer, declined as people discovered how a little vigorous exercise could induce relaxation and sleep. Pastors and priests even observed that church attendance began dropping as more people opted to spend their Sundays jerseyed up, sipping off their CamelBaks and shredding sweet singletrack.

Cycling, unarguably, was fun, and voices of the conservative naysayers were drowned out as the American bicycle industry exploded. For instance, 17 manufacturers and a 40,000-bike output in 1890 increased to 126 manufacturers and the production of nearly a half million bicycles in 1895. Already, in fact, bike builders were customizing designs to accommodate women.

It was official: Ladies were on board. Critical mass had been reached, and there seemed to be no stopping the craze.

Some women engaged in competitions that lasted days as they pedaled hundreds of miles around oval tracks. For other women, just cycling somewhere, anywhere, was enough—and they began touring. In 1894, Annie Londonderry rode 1,300 miles between New Hampshire and Chicago. Later she would travel by boat and bicycle around the world, finishing with a ride from San Francisco to Chicago. Macy doesn’t tell us if lionhearted Londonderry camped out, how much weight she lost, what was the highest pass that she tackled, if she ever ran out of food or if she saw grizzly bears out West, but adventurous spirits, plainly, were taking flight.

Macy’s book ends abruptly and with a sad shocker: The bicycle craze curled up and died, for the automobile had been born. “By the turn of the century,” Macy writes, “the bicycle’s heyday was over and a new mechanical wonder promised to transport men and women faster and farther than ever before.” Great. Cars, traffic and suburbia were coming. But on bicycles, women had gained a huge spurt of momentum in gaining basic rights, and so they stepped off their bikes, straightened their dresses and went off to pursue other liberties. Free at Last: This Sicilian, touring in Greece, may owe her liberty to the women's independence movement of the 1890s, described in Sue Macy's Wheels of Change.

In another book published this year, It’s All About the Bike: The Pursuit of Happiness on Two Wheels, the history of the bicycle goes on into the 20th century. The book is author Robert Penn’s account of his personal quest to find the perfect bicycle. Along the way he describes some of the same history of which Sue Macy writes. For example, Penn adds to our growing accumulation of bike trivia that Annie Londonderry carried a revolver in her saddlebag. What a lady! But mostly, Penn tells the history of the machine and the development of its many components—complex products of engineering that today allow us to scale mountains, freewheel back down, stop on a dime, keep at it for hours without getting a sore rear end, and so on. He talks frames, wheels, saddles, gears, hubs, derailleurs and chains. He looks at fixed-gear bikes, road bikes, mountain bikes and hand-built bikes so dashing that it seems foolish even to ride them. He chitchats with bike builders who are constantly pushing the improvement of every nook, cranny and corner of the bicycle.

Penn recalls for us, too, a great Ernest Hemingway quote that every cycle tourist should know: “It is by riding a bicycle that you learn the contours of a country best, since you have to sweat up the hills and coast down them…you have no such accurate remembrance of country you have driven through.” And I’d always taken Hemingway for the sort who just writes short sentences in Parisian cafes. Seems he would have made a fine touring partner.

In one humorous encounter in a Welsh village, where Penn had just moved in, he describes the locals’ inability to comprehend why a man would choose to ride a bike unless he had to. In a pub one evening, a fellow asks Penn if he had lost his driver’s license. Penn tells the man that he simply loves riding and does so by choice. A year later in the same pub, the same man takes Penn aside once more.

“‘I see yor on the bike still, boy,’ he said. ‘A long time to be banned now, see. You can tell me…did you daw something tehr-ribble in a car? Did you kill a child?’”

We’re reminded that many people still regard the bicycle as a toy and by no means a valid form of transportation. But, as Penn writes, “The cultural status of the bicycle is rising again…In fact, there is a whisper that we might today be at the dawn of a new golden age of the bicycle.”

ne an intense sense of realism with flamboyant brushwork—which gives his work a highly personal quality. When we stand at a distance the image seems “real”: but when we’re close all we see is gestural marks, made by the human hand. At a sort of middle distance there’s a moment when the two modes of seeing precariously coexist, or at which one mode of seeing shifts into the other. The “real” and the “abstract,” the “objective” and the “subjective,” interact with each other in endlessly fascinating ways.

Hal’s other contribution is to fill his paintings with evident psychological intensity, the quality known as “psychological insight.” His figures feel as if we could speak to them.

There are many tricks that Hals used to create this effect, including his dashing brushwork, which gives mobility to the muscles of the face, as if the figures were alive. Another fascinating trick was also used by Rembrandt. Hals recognized that the human face has two halves and the expression on one side differs subtly from the expression on the other. Particularly in his late work, Hals exploited this effect in a dramatic way: the two sides of the face are two slightly different people. The lighted side portrays the sitter’s “public self,” and the shadowed side the “private self”—generally somewhat sadder and more thoughtful, perhaps with an eye that wanders a bit and looks out of focus. Without even being conscious of this difference, we respond to it. Because a portrait by Hals reveals not a single but a divided self, the act of looking at a Hals painting is one of penetrating through the surface presentation of the figure to the inner person.

It’s surely no accident that Hals’s life (1580-1666) overlapped with that of Shakespeare (1564-1616), and the way he evoked a sense of character provides interesting parallels to the characters in Shakespeare’s plays who are generally two or more people in one body, engaged in internal dialogue. In that sense, Hals’s portraits document the emergence of the modern self: they display a new awareness that the “self” is not a single, uniform thing, but the product of conflicting forces and disparate impulses, ruled by a consciousness filled with self-doubt.

I suspect that the robber barons’ fondness for Hals has something to do with this psychological penetration. Success in business depends on an accurate assessment of the person across the bargaining table, and this assessment often depends not only on what is presented on the surface but on facial expressions and gestures that reveal deeper, hidden motives. Is this person telling the truth? Will he double-cross me? Can I trust him? One might add that the rich brown palette of a Hals’ portraits fits nicely in the dark cave-like interiors of the gilded age.

Where to See Frans Hals

After the Metropolitan Museum, the largest collection of Hals in this country is that of the National Gallery in Washington, with an impressive cluster of portraits, most of them assembled by the industrialist Andrew Mellon. But perhaps the best way to get into the Hals spirit is to see his work in the actual home of a robber baron.

Two of these settings come to mind. One is the Frick collection in New York, already mentioned, in a mansion designed by Carriere and Hastings for Henry Clay Frick. The other is at the Taft Museum in Cincinnati, the home of Charles P. Taft, the brother of Supreme Court Chief Justice and U. S. President William Henry Taft. (It has a remarkable group of works not only by Hals but by two other top figures in the art of portraiture, Rembrandt and John Singer Sargent, including the latter’s wonderfully nervous Portrait of Robert Louis Stevenson, showing the author in a wicker chair, nursing a cigarette.) Of the Taft Museum’s portraits by Hals, surely the most remarkable are those of a married couple: A Seated Man Holding a Hat and A Seated Woman Holding a Fan. Each is a masterwork, and there’s a delightful interaction between the two.

There are other Frans Hals experiences worth seeking out in the United States.

I always feel a bit wistful when I look at Hal’s Portrait of a Woman at the St. Louis Art Museum, or the Portrait of a Man in the Nelson-Atkins Museum of Art in Kansas City. They’re a couple, but somehow got divorced, and ended up at opposite ends of the state.

Finally, it’s well worth studying the two examples of Hals’s work at the Cleveland Museum of Art. The larger of the two, Tielman Roosterman (1634), is not only one of the artist’s best large-scale portraits but one of the very best preserved. Its condition is near perfect. The other, portraying an unknown woman, has a surface that’s been abraded and rubbed, like a garment that’s gone too many times to the drycleaners.  If you study these two paintings you’ll see the distinction between a painting in good condition and one in poor condition, and you can apply this knowledge to every old master painting you encounter. 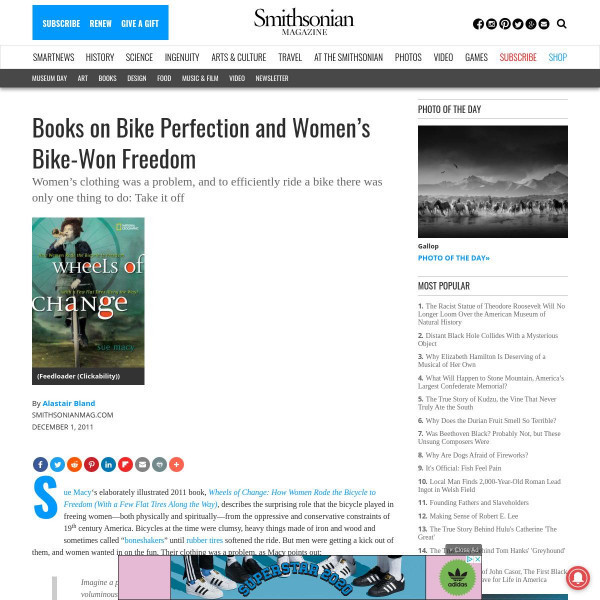