How did zebras get their stripes? There’s no way to look back into evolutionary history and pinpoint the reason for the wild equids' distinctive decorations. Scientists have long suspected that the stripes help zebras hide from large carnivores. But that might not be true, after all.

In a paper recently published in the journal PLOS One, a group of scientists contend that zebra stripes aren’t really for camouflage. The team used digital images of zebras in Tanzania to figure out whether the stripes were effective at hiding the animals from other creatures like lions, hyenas and other zebras. Based on visual capabilities of those animals, they manipulated the images with filters that simulated how the zebras would look and also measured the width and light contrast of the stripes.

The team discovered that zebra stripes are actually pretty hard for their predators to distinguish. Though humans are able to spot zebras at distances as far as 50 meters by day and 30 meters in twilight, predators and other animals weren’t able to see them that far away. On moonless nights, zebras were even harder to see. They found that in well-lit conditions, humans can spot zebra stripes at distances 2.6 times greater than zebras, 4.5 times greater than lions and 7.5 times longer than hyenas.

All non-human species had to get much closer to zebras to see their stripes—distances at which they’d be able to see and smell the zebras up close. The finding suggests that at least at far distances, the stripes don’t act as camouflage. The team also found that predators could see the zebras’ outlines just as well as other prey at close distance. Zebras were bad at seeing one another at wide distances, too, suggesting that there’s no real social advantage to stripes.

The debate about why zebras have stripes has raged ever since Darwin published his first work on evolution over a century ago. Though Darwin maintained that the animals’ stripes were useless, his collaborator Alfred Russel Wallace maintained that they must have some use for camouflage. Since then, scientists have speculated that stripes might mimic tree trunks and confuse predators in wooded areas or let them blend in with their background.

But Amanda Melin, the study’s lead author, now disagrees. In a release about the study, she says that “until now, the question has always been framed through human eyes.”

Zebra stripes are all the rage these days—another study published last week posits that another longstanding theory, that the stripes help the animals deter biting flies, is bogus. “We suggest that the selective agents driving zebra striping are probably multifarious and complex,” the team writes in the paper, which was published in Royal Society Open Science.

If zebra stripes aren’t related to predators, social status or basic survival, why are they there? For now, the question seems destined to remain one of wildlife’s most beautiful mysteries. 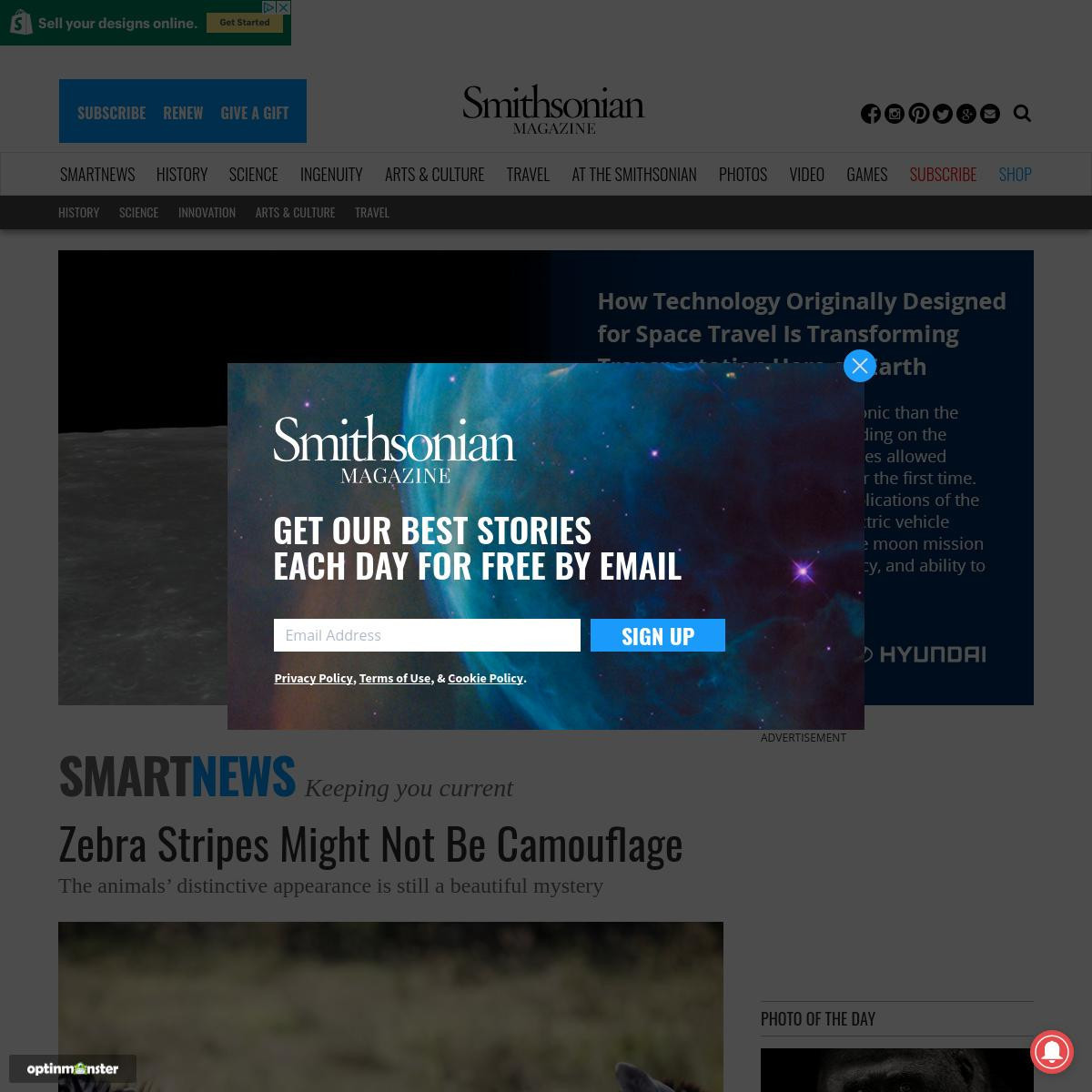