Roard investments, spatial spillovers, and deforestation in the Brazilian Amazon

Understanding the impact of road investments on deforestation is part of a complete evaluation of the expansion of infrastructure for development.We find evidence of spatial spillovers from roads in the Brazilian Amazon: deforestation rises in the census tracts that lack roads but are in the same county as and within 100 km of a tract with a new paved or unpaved road. At greater distances from the new roads the evidence is mixed, including negative coefficients of inconsistent significance between 100 and 300 km, and if anything, higher neighbor deforestation at distances over 300 km. 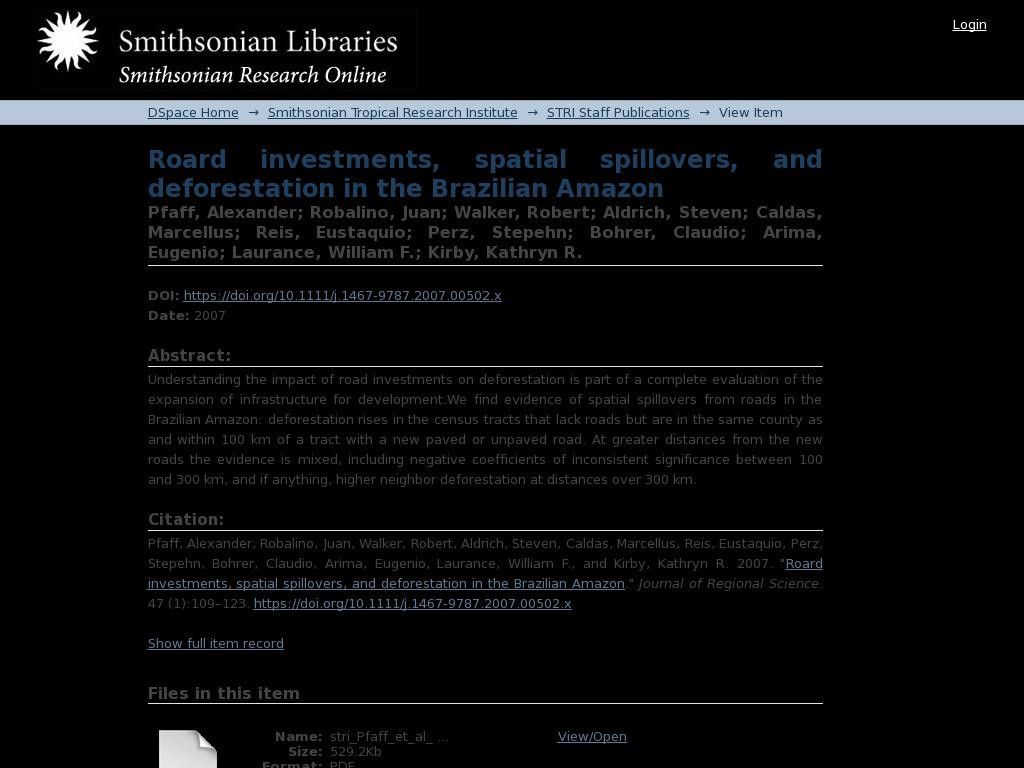