From its infancy, timekeeping has depended on astronomy. The motion of celestial bodies relative to the rotating Earth provided the most precise measure of time until the mid-twentieth century, when quartz and atomic clocks proved more constant. Until that time, mechanical observatory clocks were set and continuously corrected to agree with astronomical observations.

The application of electricity to observatory timepieces in the late 1840s revolutionized the way American astronomers noted the exact movement of celestial events. U.S. Coast Survey teams devised a method to telegraph clock beats, both within an observatory and over long distances, and to record both the beats and the moment of observation simultaneously. British astronomers dubbed it the "American method of astronomical observation" and promptly adopted it themselves.

Transmitting clock beats by telegraph not only provided astronomers with a means of recording the exact moment of astronomical observations but also gave surveyors a means of determining longitude. Because the Earth rotates on its axis every twenty-four hours, longitude and time are equivalent (fifteen degrees of longitude equals one hour).

In 1849 William Cranch Bond, then director of the Harvard College Observatory, devised an important improvement for clocks employed in the "American method." He constructed several versions of break-circuit devices—electrical contracts and insulators attached to the mechanical clock movement—for telegraphing clock beats once a second. The Bond regulator shown here incorporates such a device. Bond's son Richard designed the accompanying drum chronograph, an instrument that touched a pen to a paper-wrapped cylinder to record both the beats of the clock and the instant of a celestial event, signaled when an observer pressed a telegraph key. 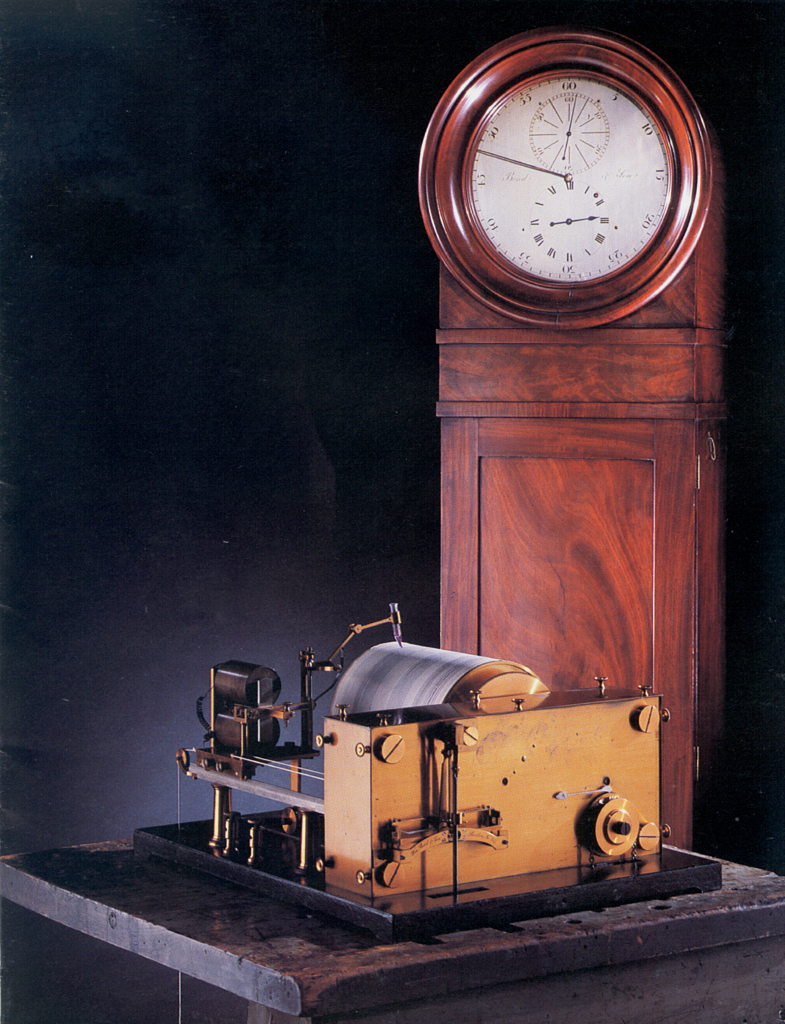