Thanks to the help of online volunteers, the Smithsonian Transcription Center has completed a project to transcribe the second volume of the diary of Charles Francis Hall, one of the earliest northern explorers. You can follow the project on social media and learn more about Hall's adventures in the post below.

After 170 years lying in the icy depths of King William Island's Terror Bay, the shipwreck of the HMS Terror was located in the far northern waters of the Canadian territory. While the discovery of a lost British ship off the Canadian coast may not seem immediately relevant to us, it is directly tied to the National Museum of American History and American history.

In 1845 British explorer Sir John Franklin led a polar expedition with two ships: the HMS Erebus and Terror. The expedition's mission was to search for a northwest passage connecting the Atlantic and Pacific oceans. The Terror was perfect for arctic exploration due to its unusually strong structure, enabling it to navigate through icy waters. Franklin's expedition left Greenhithe, England, on May 19, 1845, only to become trapped in ice off King William Island in September 1846. Dozens of searches were launched to locate the missing crew and their ships, but nothing was ever found. Years later, in 1859, American newspaper printer Charles Francis Hall decided he too would search for Franklin's lost expedition.

During his search for the Franklin expedition, Hall lived amongst the Eskimo, recording their culture and language as well as the local terrain, flora, and fauna of Baffin Island. He documented his findings in numerous diaries and papers that are now a part of the Charles Francis Hall Collection, 1858–1871, located in the museum's Archives Center. Upon his return to the United States, Hall used these notes and diaries to publish his book Arctic Researches and Life Among the Esquimaux. On his third trip to the Arctic searching for the North Pole, Hall became sick aboard ship and died on November 8, 1871. 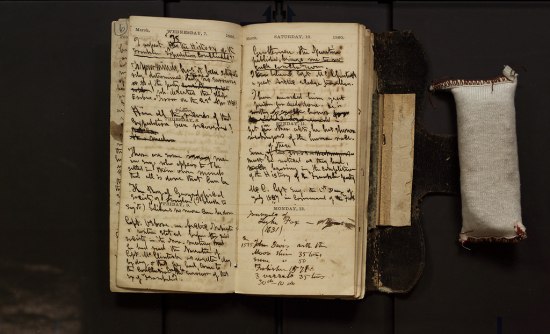 During his three trips to Greenland, Hall never found Franklin, his crew, or the HMS Erebus or Terror. The crew and ships were lost for nearly 170 years, until recently when they were discovered: the Erebus in September 2014 and the Terror in September 2016, almost exactly two years apart. The Terror was located with very few visible signs of damage to its structure despite sitting on the seafloor for nearly two centuries. What made this ship so strong? The answer provides a clue to its role in American history.

The HMS Terror had a remarkably durable structure because it was initially built as a military British "bomber" ship in 1813. It was armed with two mortars, demanding a ship with a super reinforced structure to support the weapons. This ship and its weapons were soon turned against the United States during the War of 1812.

The HMS Terror was one of the British ships that took part in the bombing of Maryland's Fort McHenry in September 1814, the same War of 1812 battle from which The Star-Spangled Banner drew inspiration. The Terror's mortars fired bombs designed to detonate and explode upon impact with their targets. These bombs were also capable of exploding in the air above their targets, throwing iron shrapnel—just as the lyrics in the national anthem describe, "bombs bursting in air." The museum's Star-Spangled Banner exhibition features an example of a mortar round on display. 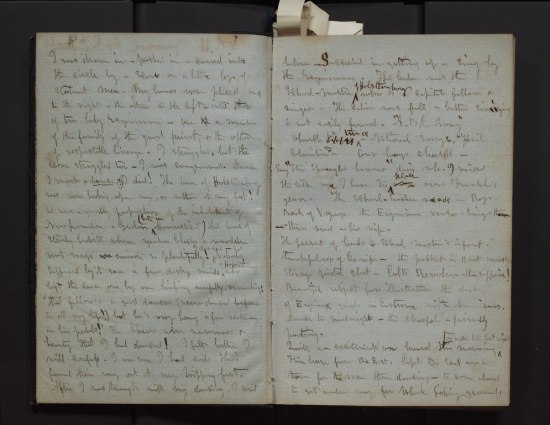 Due to its historical ties to the United States, the HMS Terror is not only a significant historical find for Canada and Britain, but also a significant piece of American history. This discovery adds another piece to the history of the War of 1812, the bombardment of Fort McHenry, our national anthem and the Star-Spangled Banner. 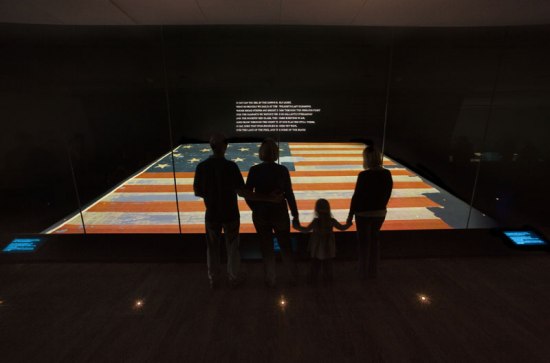 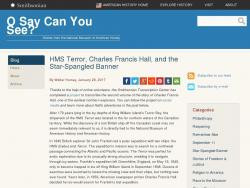