Collecting the history of Hispanic advertising

Over the past two years, the museum's business history curator, Dr. Kathleen Franz, has been collecting a wide range of materials related to the history of Hispanic advertising. We recently had an opportunity to sit down with Franz to learn more about this initiative and see some of the objects and records that have been added to the museum's collections.
Q. You've now spent the better part of two years researching and collecting materials related to the history of Hispanic advertising. What got you interested in this topic? And how has your understanding of the topic changed over the past two years?
A.  In 2013 I started working with the advertising history collections at the National Museum of American History for the American Enterprise exhibition. The intention was to devote a section of the exhibition to the history of advertising as the “friendly face” of business and the people who serve business by speaking to consumers. The museum has one of the nation’s best collections of advertising history, dating to the 19th century. However, the collections were built primarily in the 1980s and early 1990s, and the funding for collecting advertising had waned just as the Latino/a-owned ad firms took off. So, I wanted to fill in the missing stories of Hispanic advertising.
The advertisers and the main trade association AHAA: The Voice of Hispanic Marketing were eager to help us document their history. I learned other things as well, such as the powerful role women creatives have played in building various firms and the industry. Finally, while I thought advertisers worked for their corporate clients, I now have a better understanding of how Hispanic advertisers also worked directly with and for communities of consumers. 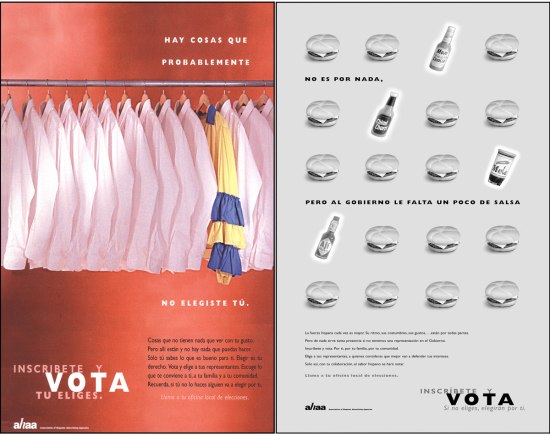 Q. When most of us think of the history of advertising, we think of famous ads, slogans, and campaigns—things that are, almost by definition, pretty short-lived. How have you gone about collecting these short-lived materials? And is there more to the history of advertising than ads?
A. Well, there’s a lot more to the history of advertising than what the consumer sees. We’ve been careful to collect the business of advertising: company mission statements, financial records, the extensive marketing studies that they did to prove that various communities were viable markets, the materials used to pitch clients, etc. One of the most interesting things were pitch materials that translated the Spanish that some large brands were using to sell their products. They proved that directly translating Spanish didn’t work and what was needed were completely new approaches. 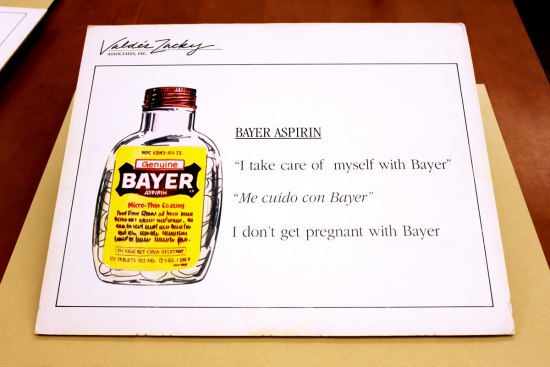 And, yes, many ad campaigns have been short-lived, and perhaps digital advertising is the most ephemeral and the most difficult to collect. We’ve been working closely with agencies such as Lopez Negrete in Houston, Texas, on how to collect digital media. 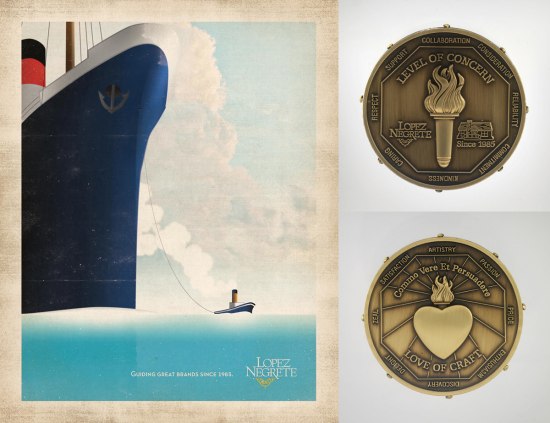 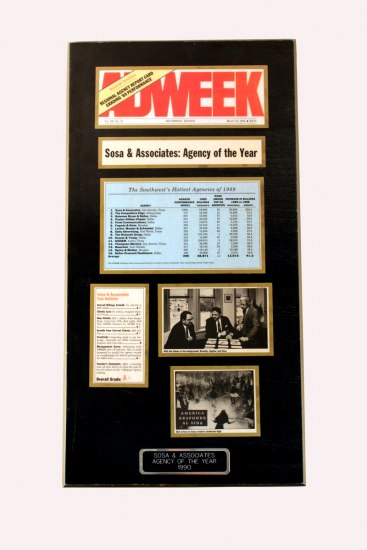 Q. How does the history of Hispanic advertising compare or contrast to the popular depictions of the advertising industry we've grown familiar with through shows like Mad Men?
A.  One obvious difference was language. Latino/a advertisers had to work across cultural and language differences with their clients to help them understand different groups of consumers. They had to overcome and dispel cultural misconceptions and stereotypes. The second thing that jumps out immediately is, again, the number of women in positions of power in Hispanic-owned agencies, even in the 1960s and 1970s. I’m still working on why women held such important positions in Hispanic agencies when they were struggling for recognition in general market firms, but part of the answer is that many of these agencies were started by or co-owned by women. 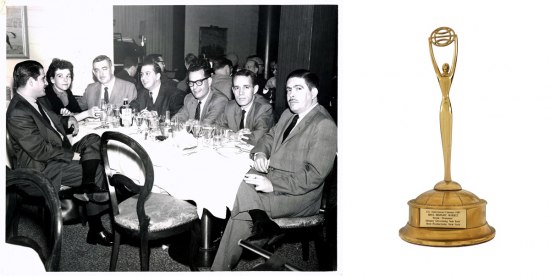 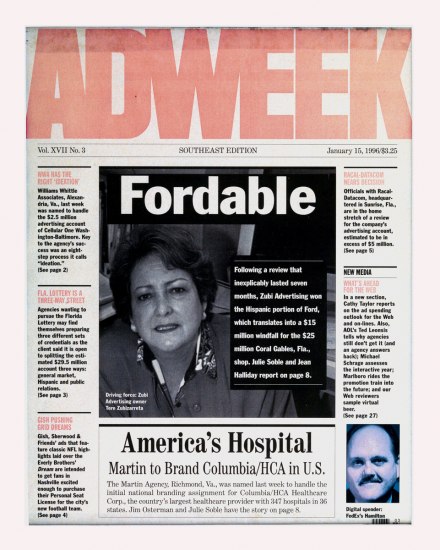 Q. And to follow up with that question, is the history of Hispanic advertising distinct from the history of other niche or minority markets in the U.S.?
A. Yes, because the historical experiences of the agency owners and creatives are different from, say, folks who owned Asian or African American agencies. The business of Hispanic advertising was shaped by Cuban immigration in the 1960s and 1970s and by the particular historical contexts of Mexican and Mexican American advertising in the Southwest. Advertisers often had transnational careers and moved across borders, starting their careers in Mexico and then coming to the U.S. or moving between the two. In addition, Hispanic creatives had to break a glass ceiling in terms of creativity. Budgets were smaller for these agencies, which limited what they could do in a campaign. So, for instance, where a general-market agency might have the funds to hire celebrity talent, pay for on-location filming, or contract with a known director for a commercial, Hispanic agencies often did not have the funding to do that.  Those things can affect the quality of production.  So it was a milestone when Tony Dieste in Dallas won the Cannes Lion, the industry’s most prestigious prize for creativity, in 1996. 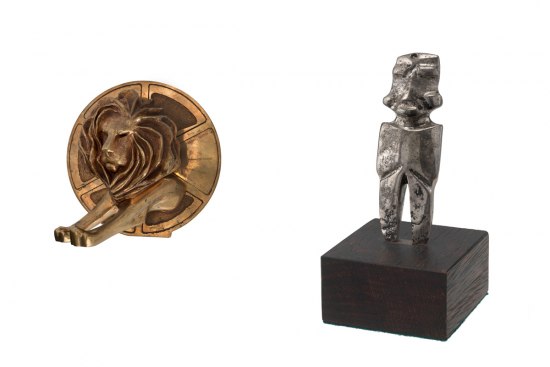 Q. How will the museum use the materials it collects in the future?
A.  The advertising collections get a lot of use, actually, by a range of folks including documentary filmmakers, scholars, as well as the curatorial staff. There are many stories beyond advertising that can be gleaned from the collections. For instance, we can learn about voter registration and immigration naturalization campaigns done by these firms. Items from the collections will find their way into future films, books, and exhibitions on the history of advertising and, hopefully, it will be hard to miss the contributions of this remarkable group of business people. 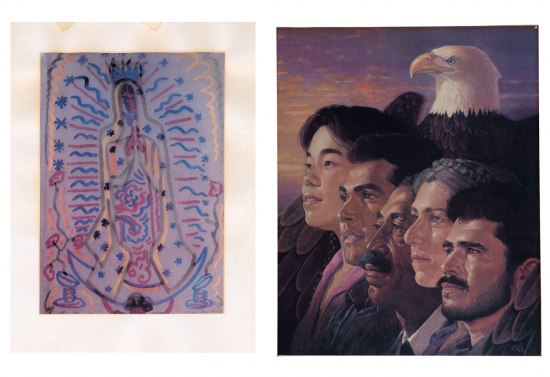 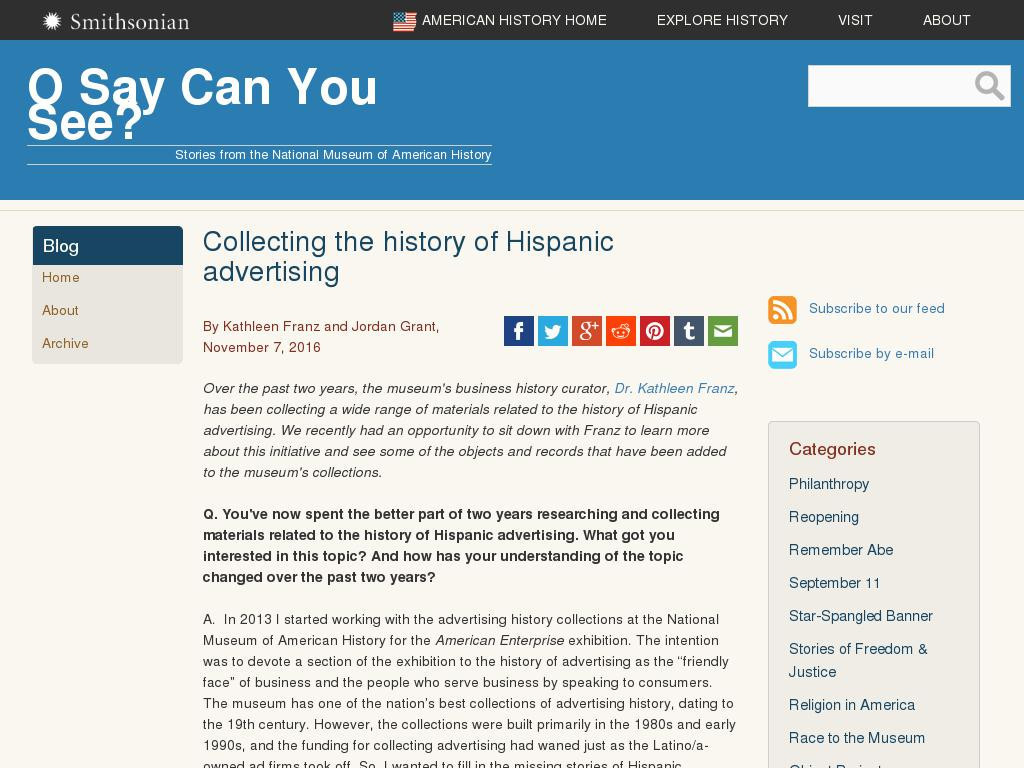