The Vatican Post commemorated the first centenary of the death of Pope Pius IX (1792-1878) with a multicolor series of three values. It issued the stamps on May 9, 1978, the opening day of "Pope Pius IX Philatelic Exhibition," which was held in Rome.

Although the three values have a basic common design, consisting of a floral design incorporating two scrolls with the inscription "Pius IX 1878-1978," each stamp's central design varies. The 130-lire stamp shows the pope's coat of arms. The 170-lire stamp shows the pope's seal, used in the "Bull" defining the Dogma of the Immaculate Conception. The 200-lire stamp features a portrait of the pope from a painting in the Vatican Apostolic Library. "POSTE VATICANE" appears under the floral design at the bottom of each stamp, and the value is located directly above the word "POSTE."

The stamps, designed by P.N. Argittu, are vertical in format, measure 30 x 40 mm, and have a perforation of 13 1/4 x 14. The total printing amounted to 1,150,000 complete sets, distributed in sheets of forty stamps. The State Polygraphic Institute, Rome, printed the stamps in rotary photogravure on white glossy paper. 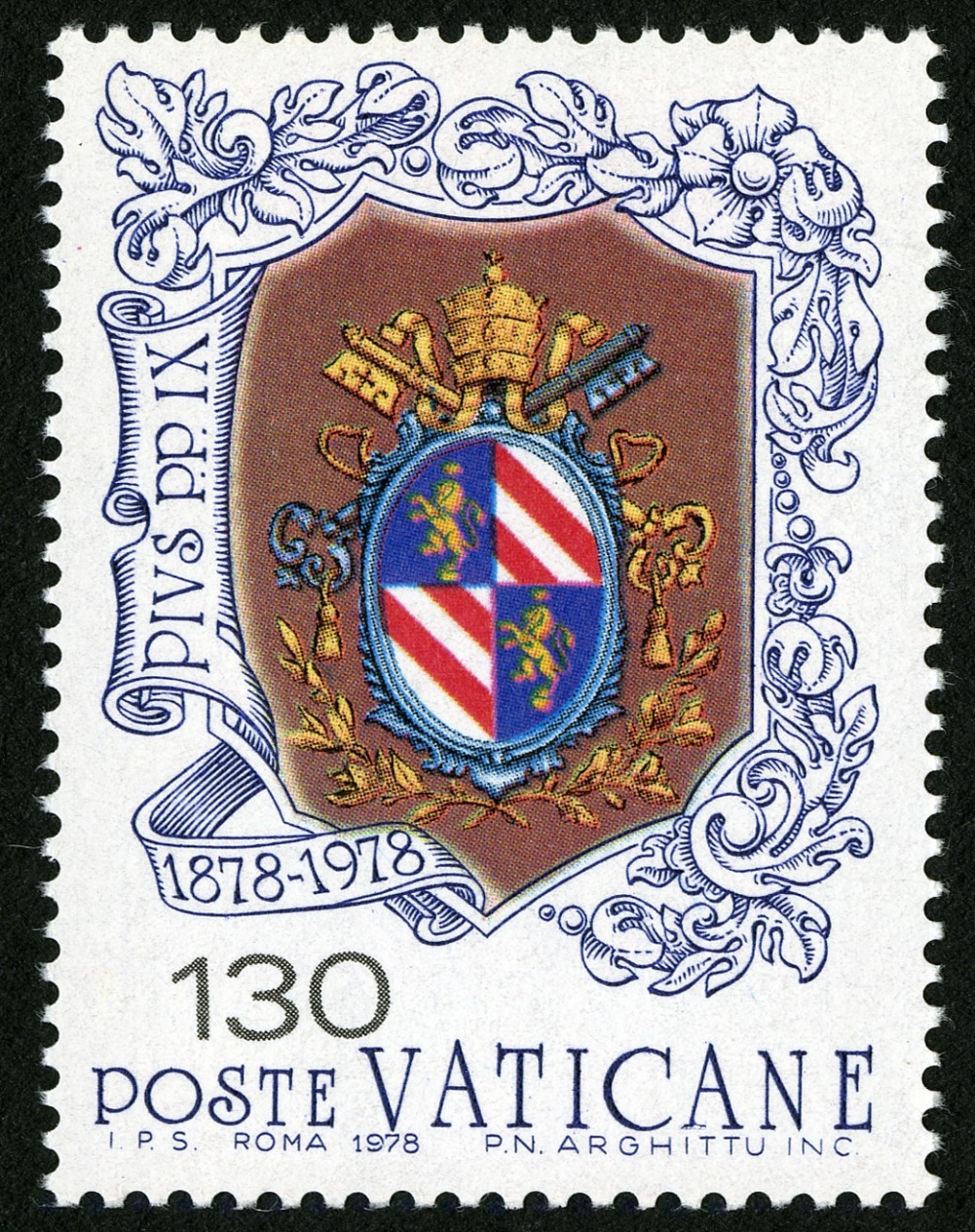