The 3-cent blue Byrd Antarctic Expedition souvenir sheet (Scott number 735) is imperforate, consists of six stamps, and bears plate number 21184. The Post Office Department issued it in 1934. It was produced by flat plate printing in ungummed panes of twenty-five souvenir sheets consisting of six imperforate stamps. These panes were cut into single souvenir sheets for sale at the National Stamp Exhibition in New York City on February 10-19, 1934. Stamps in these panes were of the same design and dark blue color as the sheet stamp originally issued in 1933 for use on mail from Byrd's base, Little America in the Antarctic.

Due to the complaints of stamp collectors, the POD later issued a special printing of uncut panes, commonly called 'Farley's Follies', for sale to the public. The Scott catalog company assigned number 768 to these reprinted souvenir sheets. However, this caused serious problems for stamp collectors who could not determine the difference between Scott catalog numbers 735 and 768.

Barbara A. Hansen wrote in the Bureau Specialist: "Since the original issues automatically had their gutters destroyed when the panes were separated, it was impossible to form gutter blocks and gutter pairs. . .until after the reprints of 1935 were released. This constitutes the only major difference between the two listings." She continued, "It is absurd to call anything. . .768. . .unless it shows a full gutter." 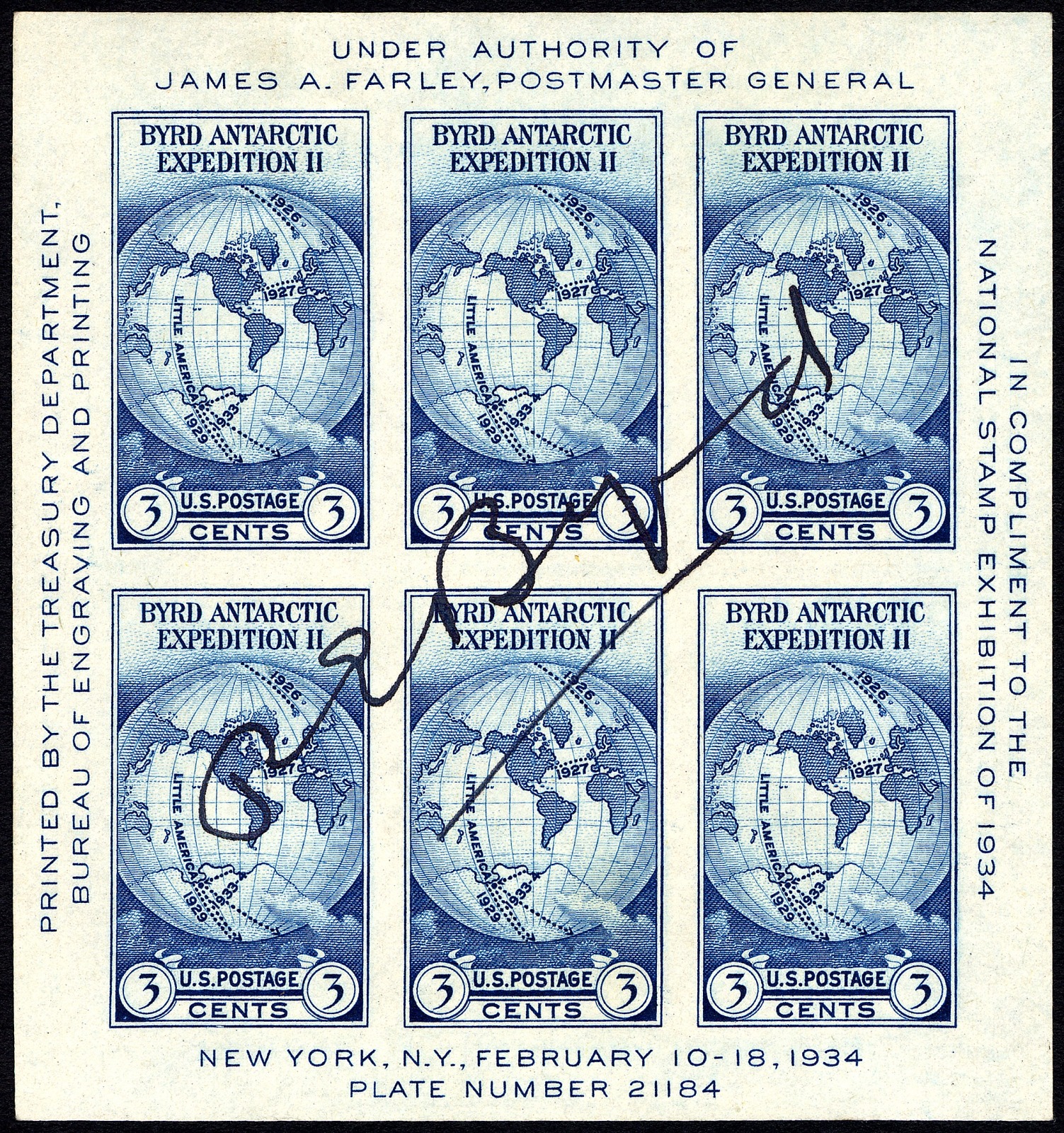