An interview with Sue M. Thurman conducted 1993 April 23-1998 March 11, by Robert F. Brown for the Archives of American Art over 7 sessions, in Thurman's home, Brookline, Massachusetts.
Thurman discusses her childhood in Hopkinsville, Kentucky, a major tobacco center; her father's work in retail sales; her early schooling; and the impact on her of the Methodist church, attending Bethel Women's College, and World War II.
Study of studio art and art history at the University of Kentucky; the influence of teachers Ray Barnhart, Cliff Amyx, and Ted Rannells; founding an art deptartment at Wilmington College (a small Quaker college near Cinncinatti, Ohio); marriage to artist Harold Thurman; moving to NYC in 1951 to study art history at Columbia on an American Council of Learned Societies' scholarship; study of communal tribal arts, in particular the transfer of motifs from one medium to another in the Congo, under Paul Wingert, with consultation from Meyer Schapiro, and research in several anthropological collections in NYC; teaching of design at the Barnard School for Boys in the Bronx; returning to Kentucky to direct the Junior Art Gallery at the Louisville Free Public Library and developing it into a program which stressed display of original art and borrowing items from New York dealers; going to New Orleans in 1957 to direct the Isaac Delgado Museum of Art (now the New Orleans Museum of Art) at the urging of sculptor and museum trustee George Rickey, whom Thurman had met when he installed a sculpture in the Louisville library.
The near chaotic situation she faced at the Isaac Delgado Museum of Art due to its understaffing and the involvement of various factions - politicians, socialites and artists; help from George Rickey; enhancing the museum's local presence and stature through an exhibition, "Early Masters of Modern Art" (1959); getting the building renovated and obtaining a professional curator to assist her.
Leaving New Orleans, in 1961, after sucessfully competing for the directorship of the Institute of Contemporary Art, Boston (at the urging of former director Thomas Messer); finding the ICA to be in serious financial trouble; holding a Potlatch event, in which artists contributed work for purchase, which put ICA on stable financial footing and enabled it to move into new quarters in the shopping district; Thurman's cyclical exhibition program from 1963-1967 which featured contemporary artists, regional work, topical issues relating to design, and international shows. She recalls the response to the Edward Kienholz installations in 1966, and an Andy Warhol exhibition which was marred by vandalism by his entourage and led to ICA's eviction from its leased quarters.
Thurman continues her discussion of her tenure at ICA, including exhibitions focusing on themes and various media; its no-collecting policy; display of art from New England museums and from art collected by the federal government for embassies; her belief that art should be allowed to speak for itself through careful installations and absence of intrusive labels; and exhibitions of unconventional media and of contemporary design. She describes her work undertaken for the Ford Foundation, in 1969, to study the effectiveness of its financial support of art schools.
Thurman discusses the ICA's board of trustees, mentioning Charles Withers as someone she felt was an exemplary trustee and her views to exclude art collectors as trustees. She discusses her membership on MIT's Committee for the Arts; her appointment, as a result of her Ford Foundation work, as vice-president for development at the Cranbrook Academy of Art, for a 3-year term (1970-1973), and the difficulties there of imposing changes and raising funds.
Caring for her terminally-ill mother, 1973-1975; returning to Boston and beginning a new career as a general fund raiser; directing a quilt museum in Lowell, Massachusetts; and her beliefs that what sustained her through the years was altruism, acute powers of observation, and determination. 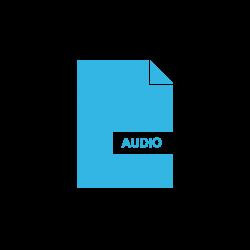