Spaceflight: The Development of Science, Surveillance, and Commerce in Space
Description

To commemorate the centennial of the Proceedings of the IEEE, several authors from diverse areas of expertise examine space exploration from its beginnings in the middle of the last century and look onward to half a century in the future. Beginning by examining the reasons why the two 20th century superpowers believed that space exploration was an important investment, the chronological review of early developments includes discussions on science, commerce, and national security; the evolution of space-related technologies; progress and advancements in launch vehicles, spacecraft, and spacecraft payloads; and improvements in space communications and tracking. With the subjects of robotic solar system exploration and crewed missions to space discussed in some detail, the great advances of the last 60 years establish a foundation for addressing the challenges of future human flight beyond Earth's vicinity #x02014;challenges that are technical, political, social, and economic in nature. The authors take a pragmatic view in making forecasts for the future of spaceflight: they limit their conjecture, for the most part, to the next 50 years. While it is very difficult to make realistic predictions for longer periods, the authors are confident that space exploration continues to grasp the public's imagination and desire to know more about the universe, and that it continues to build on many of the same questions that inspired the space program in the mid-20th century. 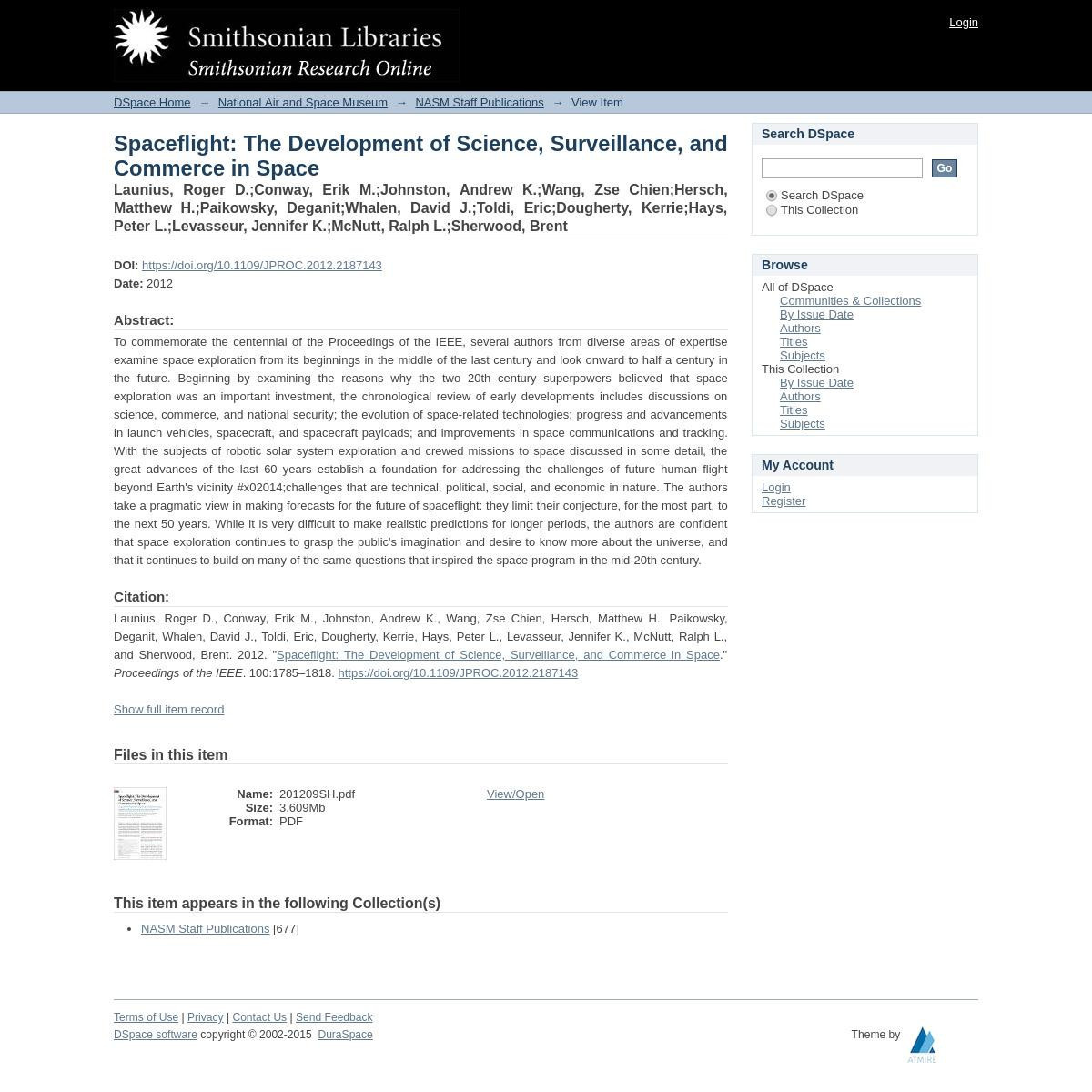