The late Paleozoic earth experienced alternation between glacial and non-glacial climates at multiple temporal scales, accompanied by atmospheric CO2 fluctuations and global warming intervals, often attended by significant vegetational changes in equatorial latitudes of Pangaea. We assess the nature of climate2013vegetation interaction during two time intervals: middle2013late Pennsylvanian transition and Pennsylvanian2013Permian transition, each marked by tropical warming and drying. In case study 1, there is a catastrophic intra-biomic reorganization of dominance and diversity in wetland, evergreen vegetation growing under humid climates. This represents a threshold-type change, possibly a regime shift to an alternative stable state. Case study 2 is an inter-biome dominance change in western and central Pangaea from humid wetland and seasonally dry to semi-arid vegetation. Shifts between these vegetation types had been occurring in Euramerican portions of the equatorial region throughout the late middle and late Pennsylvanian, the drier vegetation reaching persistent dominance by Early Permian. The oscillatory transition between humid and seasonally dry vegetation appears to demonstrate a threshold-like behavior but probably not repeated transitions between alternative stable states. Rather, changes in dominance in lowland equatorial regions were driven by long-term, repetitive climatic oscillations, occurring with increasing intensity, within overall shift to seasonal dryness through time. In neither case study are there clear biotic or abiotic warning signs of looming changes in vegetational composition or geographic distribution, nor is it clear that there are specific, absolute values or rates of environmental change in temperature, rainfall distribution and amount, or atmospheric composition, approach to which might indicate proximity to a terrestrial biotic-change threshold. 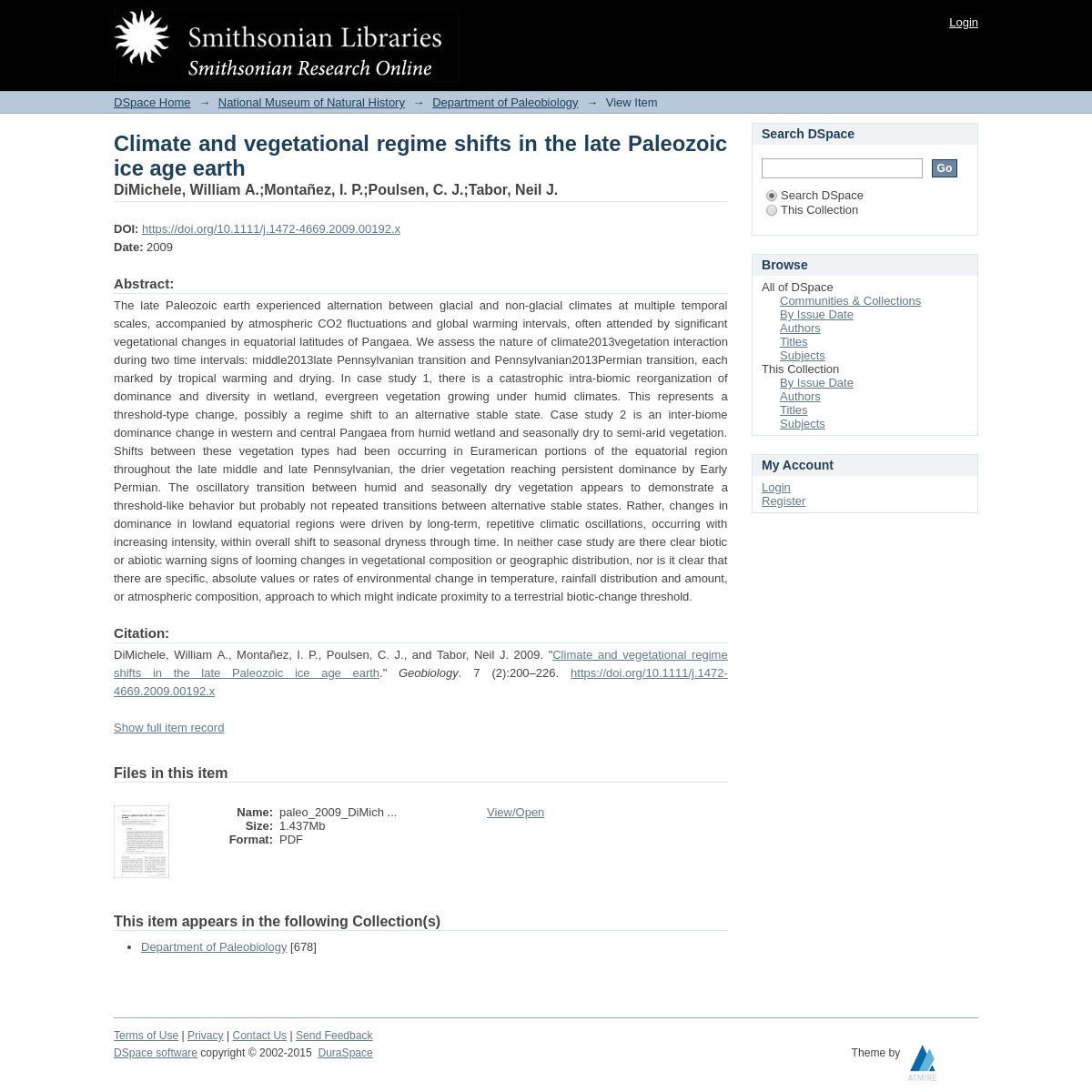 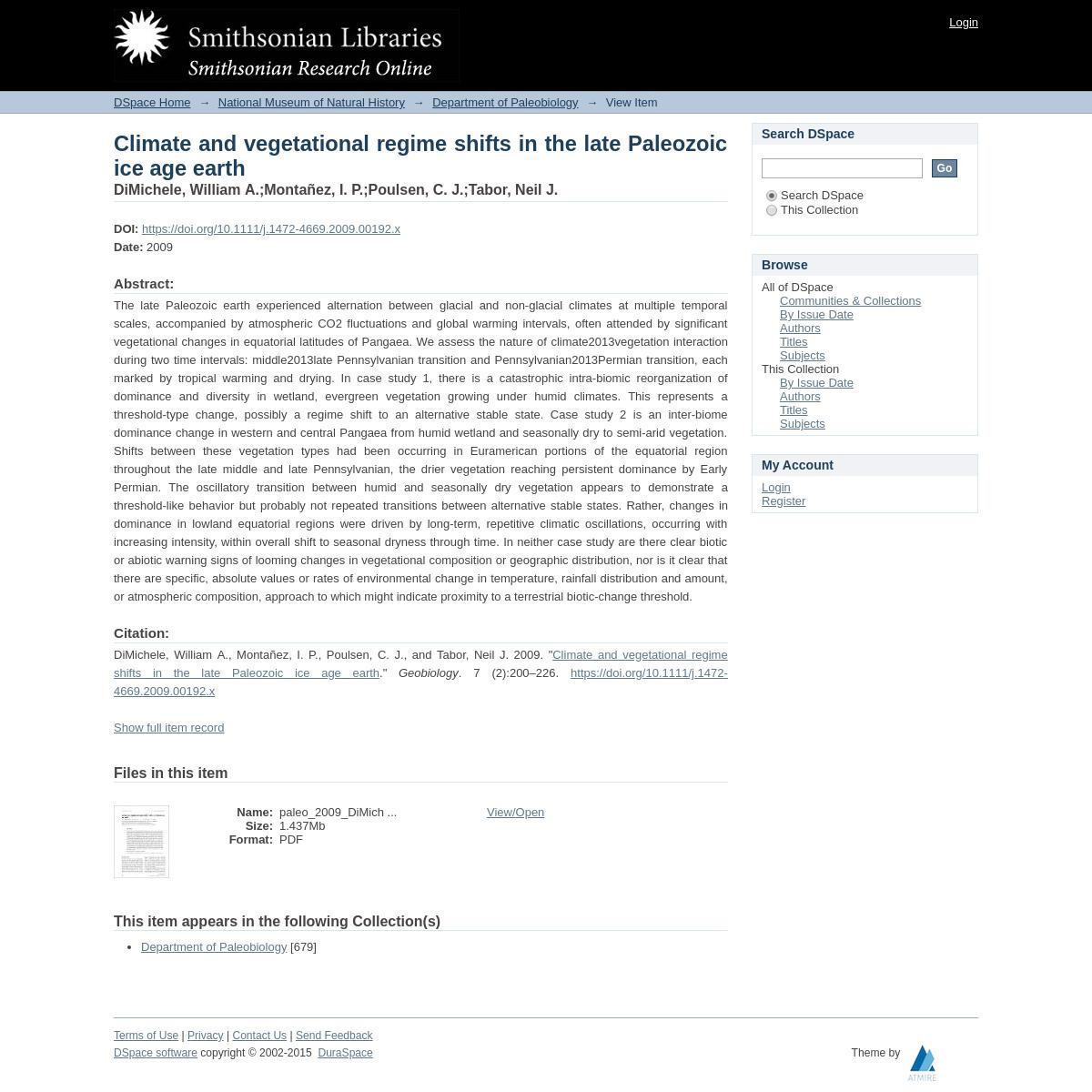