The Emma S. Barrientos Mexican American Cultural Center is dedicated to the preservation, creation, presentation, and promotion of Mexican American cultural arts and heritage. The center is a tremendous resource for the community and visitors to learn and participate in classes and programs that will foster a meaningful understanding and appreciation of not only Mexican American but also Native American, Chicano, and other Latino cultures. The programs and education curriculum include the areas of visual art, theatre, dance, literature, music, multi-media, and the culinary arts.

The idea of establishing a cultural facility for Latino artists and the community emerged in the early 1970s.  Several Hispanic visionaries and artists approached the City of Austin to request support for the development of a Hispanic focused cultural arts facility.

Finally, in 1986, the City Council appointed a task force to determine the feasibility of building a Mexican American Cultural Center.  It was the first of various advisory groups created to provide guidance in the development of the center. Later, the City contracted the services of a major consulting team to conduct a formal and comprehensive location, market, financial feasibility and operations study.  The team’s recommendations supported establishment of a center.

In 1992, the center was part of the citywide bond package put before the voters.  The referendum did not pass.  By 1998, the community had regrouped and with the leadership provided by Hispanic elected officials and other leaders of the community, the 1999 bond package was approved by the voters. The following year, the City authorized a professional services agreement with CasaBella + Del Campo and Maru and Teodoro Gonzalez de Leon for architectural design and construction phase services. A Master Plan for the Mexican American Cultural Center was also developed with input from the community and from various Mexican American arts organizations. The long awaited ground breaking ceremony took place in November of 2005.  Construction of the Mexican American Cultural Center began in January of 2006, and the facility was completed in June of 2007.  The reality of the long-time dream was finalized on September 15, 2007 with a ribbon cutting ceremony attended by thousands from the community. 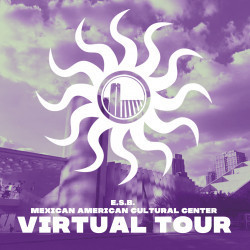 <p>Welcome to the Emma S. Barrientos Mexican American Cultural Center virtual tour!  In this collection you can learn about our history and work in the Austin community including our signature events, educational programming and the Latino Artist Access Program.   You can take a tour of our campus as well as learning more out our digital collections.  Follow our guided tour by opening the resources from left to right or just select the topic you are interested in to begin. </p> <p>#ethnicstudies</p> 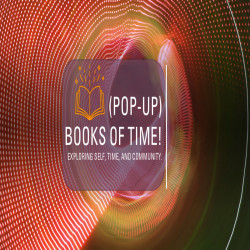 <p>In this collection, students will rethink their own communities and what people, places, and things are important to them and their neighbors.  They will create "Books of Time," with pop-up art pages that consider the past, present, and future.  Students will explore how they might change their spaces to improve the quality of life for those around them.  Explore the lessons in order by moving through the collection from left to right.  </p> <p>#esbmacc  #ethnicstudies</p> 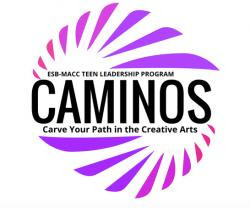 <p>This collection presents works by our Caminos Teen Leadership Program.  Caminos is an immersive; one year long paid internship empowering Austin-area Teens to carve their own path in the creative arts. Students work alongside ESB-MACC professionals on a variety of community oriented activities, projects, and exhibitions.</p> <p>#ethnicstudies</p> 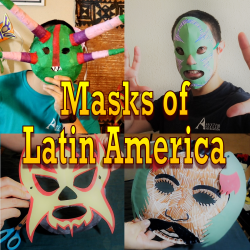 <p>A resource that allows students aged 5-13 to learn about various mask traditions from Latin America through videos, pictures and hands-on activities with lesson plans. Separate guides are included for teachers and parents.</p> <p>Based on and inspired by the mask traditions of Mexican Lucha Libre, Puerto Rico's Vejigantes, and Guatemalan Tecun Uman masks.</p> 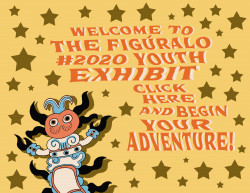 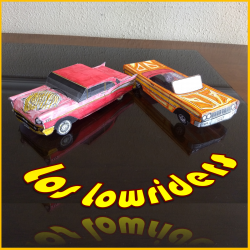 <p>Lowriding culture is a specific type of car modification community originating among Chicanx youth in California, Texas and the South Western United States. This collection contains paper lowrider classes/activities for kids, as well as videos about the history and culture of lowriding, as well as photos of Lowriders that have presented their rolling works of art at events at the Emma S. Barrientos Mexican American Cultural Center here in Austin, Texas.<br></p> 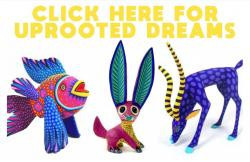 <p><em>Uprooted Dreams (Alebrijes)</em><br></p> <p>On permanent display in the Education Area upstairs at the ESB-MACC is Uprooted Dreams (2012), a site-specific sculptural installation that features over 19 individual, brightly colored woodcarvings, mounted in the public entrance of the Education Area. Artist Margarita Cabrera was selected to create an artwork which would engage the community in its production. "Uprooted Dreams is a work of art designed in the form of workshop production...nineteen members of Austin's immigrant community- guided by Master Artesanos, Ranulfo Sergio Ibañes and Lucia Luria Sosa, experts in the Mexican craft tradition of alebrije-created, carved and painted wooden sculptures. These pieces embodied artistic themes of uprootedness as they spoke to the transformation of people, land, and community. For the artist, artesanos, participants, and audience, the process and product of Uprooted Dreams provides an ongoing platform on which to build respect, equality, solidarity, and dignified ways of making art and creating community."   - Margarita Cabrera</p> <p>#ethnicstudies </p> 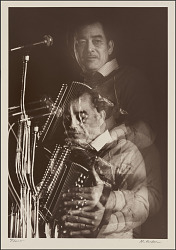 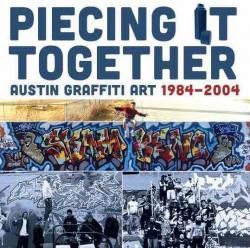 <p></p> <p>"Piecing It Together": Austin Graffiti Art 1984-2004 is an art exhibition focusing on the first three generations of Austin graffiti art, considered the foundation of what many call street art today. The show is organized by each decade which helped shape the backbone of Austin’s vibrant Graffiti Art culture. 1984-1989 is the dawning of Austin's hip-hop culture with high pressure Krylon cans and painting illegally in the streets. These originals were influenced by movies like Style Wars, Beat Street and WildStyle. This first generation understood the four elements of hip hop culture to be a community that embraced graffiti, break dancing, DJing and rapping. 1990-1998 saw a revival of graffiti art with crews forming such as NBK (No Boundaries Krew) which was seminal and a big influence around Texas and beyond. Moving into the 2000’s brought a whole new era of artists with evolving styles and perspective. Low pressure paint cans, a broader color palette, and the internet all allowed more production of and documentation of this previously mercurial art form. Masterpieces could be archived and styles shared with increased access to cameras and computers. Together this group of innovators laid the foundation for the inclusive, diverse, creative graffiti art scene we enjoy today. -Nathan Nordstrom</p> <p>Nathan “SLOKE” Nordstrom is an Austin, Texas native who has been professionally producing graffiti art since the 1990s. Specializing in the use of spray paint, Sloke travels the world exhibiting and curating art shows, and producing murals for companies including: Apple, Facebook, Nike, Google, Red Bull, Tecate, Jose Cuervo, Pepsi, Scholtzsky’s, Nordstrom, Ray Ban, Pandora, Cartoon Network, Trouble Maker Studios, Univision, Time Warner, Vimeo, Fox Network, CNN, Reagan Outdoor Advertising, SXSW, Nikon, Toyota Scion, Ford Motors, F1 Circuit of the Americas, Rackspace, Tango, R.J. Reynolds, University of Texas at Austin, American Heart Association and many others.</p> <p><a href="https://www.addtoany.com/share#url=http%3A%2F%2Fwww.austintexas.gov%2Fevent%2Fpiecing-it-together-austin-graffiti-art-1984-2004&title=Piecing%20it%20Together%3A%20Austin%20Graffiti%20Art%201984-2004" class="a2a_dd addtoany_share" target="_blank"></a></p> <p><span class="organization">The original gallery exhibit was at the Mexican American Cultural Center (ESB-MACC)</span> in Austin, Texas from January 24, 2020 until March 28, 2020. </p> <p></p>