The SEADA seeks to document the diverse experiences of Southeast Asian Americans in the region for over four decades and to create a sustainable, user-friendly resource for community members, scholars, teachers, and students.

For more information about the SEADA, please visit us at www.uml.edu/seada or contact us at seada@uml.edu. 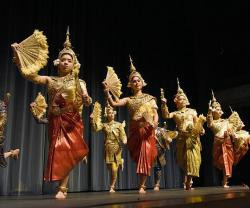 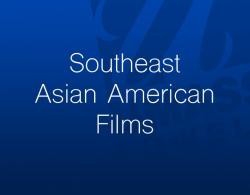 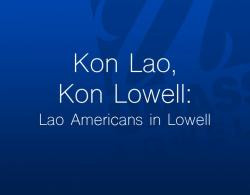 <p>This collection includes photos and life narratives from the <strong>2008 "Kon Lao, Kon Lowell" </strong>exhibit, which was part of Legacies of War Exhibit at Lowell's Patrick Mogan Cultural Center. Members of the local Laotian American community donated their photos and life stories to this exhibit.</p> <p><a href="http://legaciesofwar.org/" target="_blank">Legacies of War</a> seeks to raise awareness about the <strong><em>history</em></strong> of the Vietnam War-era bombing in Laos and advocate for the clearance of unexploded bombs, to provide space for <strong><em>healing </em></strong>the wounds of war, and to create greater <strong><em>hope </em></strong>for a future of peace. The organization uses art, culture, education, community organizing and dialogue to bring people together and create healing and transformation out of the wreckage of war.</p> <p>Their <a href="http://legaciesofwar.org/programs/national-traveling-exhibition/" target="_blank">national traveling exhibition</a> features illustrations drawn in 1971 in Laos by the survivors of the U.S. bombing, archival and contemporary photographs, original recorded interviews and documentary films depicting the lives of those affected by the bombing and their impact on the Laotian diaspora. </p> <p>#TCSLowell <strong>#APA2018</strong><br /></p> <p>Keywords: Laos, Lao America*, Laotian, Hmong, Hmong America*, Southeast Asia*, Southeast Asian America*, Legacies of War, Asian American</p> 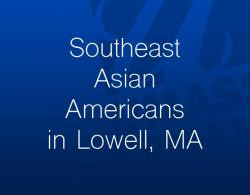 <p>Lowell, Massachusetts is home to the second-largest Cambodian American population in the United States, with significant numbers of Vietnamese, Lao, Hmong, and more recent Burmese refugees (of varying ethnicities). The materials in this collection, compiled by the UMass Lowell Center for Asian American Studies and Southeast Asian Digital Archive, provide an overview of this diverse population.</p> <p>BACKGROUND: The wars in Southeast Asia (SEA), stretching from the last 1950s to the late 1970s, involved Cambodia, Vietnam, and Laos, as well as other countries embroiled in the Cold War, including the United States and China. The conflicts resulted in over 1.2 million Southeast Asian refugees to the U.S. since 1975. </p> <p>In the late 1970s, Lowell, Massachusetts, served as a relocation center and secondary migration hub for SEA refugees. The <a href="https://learninglab.si.edu/collections/southeast-asian-americans-in-lowell-ma/bUrVhWkXRbJX9NAV/edit" target="_blank"></a><a href="https://www.archivesfoundation.org/documents/refugee-act-1980/" target="_blank">1980 U.S. Refugee Act</a>  amended the earlier <a href="https://www.history.com/topics/us-immigration-since-1965" target="_blank">Immigration and Nationality Act</a> and the <a href="http://library.uwb.edu/Static/USimmigration/1970s_indochina.html" target="_blank">Migration and Refugee Assistance Act</a>. It raised the annual ceiling for refugees from 17,400 to 50,000, created a process for reviewing and adjusting the refugee ceiling to meet emergencies, and required annual consultation between Congress and the President. </p> <p>According to the US Census Bureau, Lowell's population of 106,519 residents is over 20% Asian American, with approximately 14,470 Cambodian Americans, ~2,057 Vietnamese American, and ~1,500 Lao Americans. (The Census also records 2,472 South Asian Americans and 322 Filipino Americans in Lowell). Community estimates are that approximately 300 Burmese refugees (including Karen, Karenni, Kachin, and other ethnic groups) reside in Lowell.</p> <p>But community leaders actually believe that greater numbers live in this city; some immigrants and refugees do not report their numbers due to fears of deportation or fears of governmental officials. So the estimates of the Asian American population in Lowell range from 25,000-35,000.</p> <p>Nearby Lynn, MA, is home to the third-largest Cambodian American population in the US, while Boston, MA, is home to a significant number of Vietnamese Americans, particularly in the Dorchester neighborhood. Providence, RI, is home to a large Lao Amerian population.</p> <p>For a 2012 overview of Asian American communities in Massachusetts, please visit "<a href="https://scholarworks.umb.edu/cgi/viewcontent.cgi?referer=https://www.google.com/&amp;httpsredir=1&amp;article=1030&amp;context=iaas_pubs" target="_blank" style="background-color:rgb(63,63,63);">Asian Americans in Massachusetts: A Census Profile</a>." <br /></p> <p>Keywords: Asia* America*, Cambodia* America*, Lao* America*, Laotian, Vietnam* America*, Burm* America*, Chin* America*, Bhutan* America*, Bhutanese, Southeast Asia*, politic*, cultur*, oral histor*, newspaper*, Khmer Post</p> <p><strong>#APA2018 #TCSLowell </strong><br /></p> 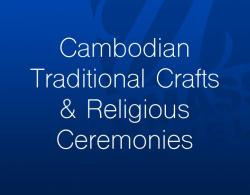 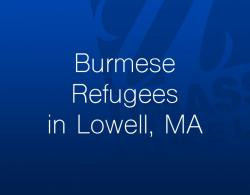