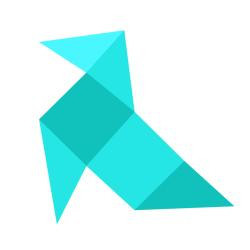 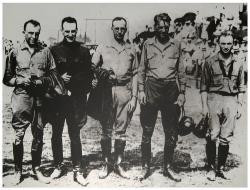 <p>From May 15 - August 9, 1918, the Army provided the pilots and aircraft for the Post Office Department's airmail service. The Army originally planned to operate the service for one year, using it to train pilots who would then take their skills overseas to the war. Postal demands that pilots fly, regardless of weather, was not what the Army had wanted, and after three months, both parties agreed that the Post Office would take over full control of the airmail service.</p><p>The Washington airfield was moved from Potomac Park, a poorly placed airfield good only for its location near the city's post office, to College Park, MD, where an airfield had been in place since 1911. The Post Office hired four pilots at the start of the service, Max Miller, Eddie Gardner, Maurice Newton and Robert Shank. Former Army Captain Benjamin Lipsner was hired by the Post Office to be Superintendent of the Airmail Service. Otto Praeger, 2nd Assistant Postmaster General, was in charge of the operations.<br /></p> 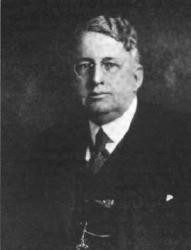 <p>Postal officials were determined to create regular airmail service between New York and Chicago. Eddie Gardner had made a death-defying trip from Chicago to New York to prove that it was possible to fly the mail between the two cities in one day. But that had been a stunt, not an organized system to support flights six days a week between the two cities. Now Praeger wanted to set up regular flights along that 750-mile route at a time when the planes he was using had a range of 280 miles.<br /></p> <p>Praeger had had the army's help in setting up the route between Washington, Philadelphia and New York, and while the Post Office was now successfully maintaining that system, it was a far cry from the work needed to get airmail from New York to Chicago on a regular basis. Congress continued to question the necessity of an airmail service. Praeger decided he would win them over by expanding the service and announced the New York - Chicago airmail route would open on December 15, 1918. By the end of the month Praeger would realize he had bitten off more than he could chew.</p> <p><br /></p> <p><br /></p> <p>Tags: Praeger, Miller, New York, Chicago, Bellefonte, Cleveland, Bryan, Curtiss, deHavilland, Burleson, Lipsner, Connor, Jordan, Edgerton, Biffle, E. Hamilton Lee, Leon Smith, strike,  De Hart, Doty, Eversole, Lamb, airmail<br /></p> 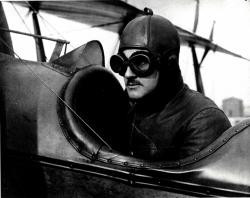 <p>Shortly after the Post Office gained full control of the airmail service and the route from Washington to New York via Philadelphia, officials began planning their next steps. Second Assistant Otto Praeger announced their intention to create an airmail connection between the nation's two top financial centers, New York and Chicago.Linking New York and Chicago, the nation's major financial centers, would help prove the service's worth to Congress, which held the Post Office Department's purse-strings.But first they had to figure out the best route between the cities.</p> <p>Praeger and Lipsner, Superintendent of the Airmail Service, chose two of their pilots, Max Miller and Eddie Gardner, for the task of finding the best way over the Allegheny Mountains and to Chicago. The pair left New York on the same day, but in different aircraft. Their goal - make it all the way to Chicago in a single day. Anything less would put airmail on the same timetable as trains, and not worth the money in Congress' opinion. </p><p><br /></p> 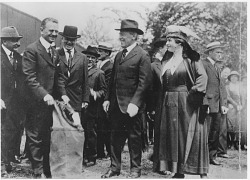 <p>The nation's first regularly scheduled airmail service began on May 15, 1918. Planes carried mail between Washington, DC, Philadelphia and New York City. The Post Office Department worked with the U.S. Army to run the service, using army pilots and planes for the first three months of operations. In August 1918 the Post Office took complete control of the service and ran it until 1927. Routes grew to include service between New York and Chicago, then a transcontinental route between New York and San Francisco.  The Department added beacon towers and lights on aircraft and landing fields to permit night flights. <br /></p> <p><br />By 1927 when the Post Office had turned all of the airmail service over to private contractors, a system was in place that set the stage for the successful growth of the nation's commercial aviation system.<br /></p> <p><br /></p> <p><br /></p><p><br /></p> <p>airmail, aviation, Jenny, JN-4H, Bustleton, Woodrow Wilson, Burleson, Praeger, Reuben Fleet, Boyle, Edgerton, Webb<br /></p>