Did you mean: waters cole n 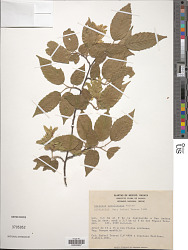 Smithsonian Libraries
Human land cover can degrade estuaries directly through habitat loss and fragmentation or indirectly through nutrient inputs that reduce water quality. Strong precipitation events are occurring more frequently, causing greater hydrological connectivity between watersheds and estuaries. Nutrient enrichment and dissolved oxygen depletion that occur following these events are known to limit populations of benthic macroinvertebrates and commercially harvested species, but the consequences for top consumers such as birds remain largely unknown. We used non-metric multidimensional scaling (MDS) and structural equation modeling (SEM) to understand how land cover and annual variation in rainfall interact to shape waterbird community composition in Chesapeake Bay, USA. The MDS ordination indicated that urban subestuaries shifted from a mixed generalist-specialist community in 2002, a year of severe drought, to generalist-dominated community in 2003, of year of high rainfall. The SEM revealed that this change was concurrent with a sixfold increase in nitrate-N concentration in subestuaries. In the drought year of 2002, waterbird community composition depended only on the direct effect of urban development in watersheds. In the wet year of 2003, community composition depended both on this direct effect and on indirect effects associated with high nitrate-N inputs to northern parts of the Bay, particularly in urban subestuaries. Our findings suggest that increased runoff during periods of high rainfall can depress water quality enough to alter the composition of estuarine waterbird communities, and that this effect is compounded in subestuaries dominated by urban development. Estuarine restoration programs often chart progress by monitoring stressors and indicators, but rarely assess multivariate relationships among them. Estuarine management planning could be improved by tracking the structure of relationships among land cover, water quality, and waterbirds. Unraveling these complex relationships may help managers identify and mitigate ecological thresholds that occur with increasing human land cover.

Paul Simon Has 50 Ways to Charm an Audience

This week at the Smithsonian’s National Museum of American History, a packed crowd of admirers welcomed the musician, singer, songwriter and philanthropist Paul Simon, who was on hand to receive the museum’s coveted Great Americans Medal. The award is given annually to individuals whose life’s work embody American ideas and ideals.

“As an institution that honors, collects and interprets American history, his work particularly excites us,” said the museum’s director Anthea M. Hartig, at the ceremony Wednesday evening. “Just as his music is timeless, it is simultaneously deeply rooted in very specific moments of the 20th and early 21st century. He helps us touch politics, culture, our national mood, our love and our lives.”

The Great Americans award was first given in 2016. Simon is the sixth to receive the 1.85-ouce gold medal, modeled after a $20 Double Eagle coin first struck in the early 1900s. He follows in the footsteps of Madeleine Albright, Gen. Colin Powell, Tom Brokaw, Cal Ripken, Jr., and Billie Jean King.

Simon has been much heralded and lauded over his six-decade-career, in part because of his ability to connect with diverse audiences with a storytelling and wit that has a universal appeal.

He has made music and films, staged a Broadway play, and given back through his various humanitarian efforts, including co-founding the Children’s Health Fund in 1987. The Fund buys and staffs mobile medical units that serve low-income communities. CHF also provided primary care to Gulf Coast communities that struggled in the wake of Hurricanes Katrina and Rita.

Simon has also given to environmental causes, inspired in part by having a family, he said in an interview with the chair of the Smithsonian’s Board of Regents, David M. Rubenstein, at the ceremony. “I have children, and that makes me feel ashamed and bad that we’ll be leaving this damaged planet to that generation and their children,” he told fans who had queued up early to get into the evening event. Simon didn’t disappoint them either; for over an hour, he recounted stories from his long career with a droll sense of humor that delighted the audience.

Citizen of the Planet

Simon donated the net proceeds from his 2017 concert tour to the Half-Earth Project, a biodiversity initiative funded by the E.O. Wilson Foundation. At the ceremony, Simon said he’d seen Wilson give a talk a dozen years ago and was intrigued, and then met with him again a few years ago and read Wilson’s book, Half-Earth: Our Planet’s Fight for Life. The book, which lays out a plan to save the planet from climate change, has been an inspiration, he says. He has pledged that all profits from any future concerts will go to various environmental organizations.

Even though Simon retired from touring in 2018, he gave several shows in 2019 in Maui and San Francisco and donated the proceeds to local causes.

“It’s not even generous,” says Simon. “It’s simply a responsibility. What’s generous is what nature has provided for us for hundreds of thousands of years,” he says, adding that donating his profits “is just what I can do.”

Touring for a cause—and when he feels like playing—is a fitting coda to what has been a long, long career for Simon.

A Heart in New York

Growing up in Queens, New York, Simon fell in with a neighbor, Art Garfunkel, at age 11, and the two began writing and recording when they were both 13. They did not know how to read or write music, so Simon’s father, a professional musician, would create the manuscripts. Then, he’d send them to the Library of Congress to have them copyrighted, says Simon.

In 2007, when the Library of Congress gave Simon the first annual Gershwin Prize for Popular Song, the staff showed some of those original manuscripts to him, he told Rubenstein.

Simon and Garfunkel had their first hit in 1957 when they were 16 and recording as “Tom & Jerry.” That name was given to them by their record label at the time, because, “in those days, which was the late 50s, it was out of the question that anybody would use their names if they were an ethnic name,” says Simon.

In 1966, the duo, now known as Simon and Garfunkel, had a number one hit with “Sound of Silence.” Simon had no idea that it would become so popular. “I did think it was the best of the songs that I had written at that point,” he says, adding that it seemed to have come out of some sort of “flow or zone” that he was in at the time. “You become a conduit and the music or whatever your creative process is, it comes through you and it’s yours but it’s almost like you didn’t write it,” he says. At the time, he was 22. “I just thought humph, that’s pretty good for what I’m doing at the moment,” he says.

In 1968, Simon won his first—of a dozen—Grammy Awards, along with Garfunkel, for the song “Mrs. Robinson,” from the film The Graduate.

Reflecting on the gargantuan success of the song, “Bridge Over Troubled Water,” Simon again sounded like a man who had high expectations of himself. He did not think it would be successful, he said, and instead he thought at the time that, “it was better than what I usually write.” But, he says, “As years passed, I began to recognize that that was an unusual and inspirational kind of occurrence that this should come spontaneously, and you don’t know why. There’s something mystical about it. The song Graceland had that quality.”

Rubenstein asked Simon about the controversy that swirled around Simon when he was recording the Graceland album in South Africa. At the time, Simon was accused of exploiting the musicians he recorded with and with violating a United Nations cultural boycott of South Africa, instituted in 1980, due to its oppressive apartheid policies. Simon bristled in the face of his critics, but at the ceremony, he gave a long discourse on the politics of the African National Congress, and the rivalries between the Zulu and Xhosa tribes aiming to seek dominance in apartheid’s wake.

Simon also indicated that he’d been closely advised at the time by Hugh Masekela, a trumpeter in exile from South Africa. Masekela told him, “The truth is, the artist should be in control,” says Simon, adding that he agreed—that governments should never tell artists how to create. Simon was vindicated in 1987 when the UN removed him from the list of artists who had broken the boycott.

Simon also showed his playful side during the interview. Rubenstein asked him if the Julio in the song “Me and Julio Down by the Schoolyard” was a real person. Simon said no, he was an amalgamation of people. Then Rubenstein asked if Simon had a crime in mind when he wrote the song—which seems to describe an unlawful occurrence. Simon responded, “I never tell anybody,” adding to the considerable amusement of the audience: “Someone would have to have millions of dollars. . . .” Rubenstein is, in fact, as co-founder and co-chief executive chair of the financial company the Carlyle Group, in possession of several billion dollars and generously supported the event.

In February 2018, Simon announced his retirement from touring, not long after his longtime bandmate and friend, Cameroonian guitarist Vincent N’guini, died.

“His loss is not the only reason I’ve decided to stop touring, but it is a contributing factor,” said Simon, in a statement he issued at the time. “I’ve often wondered what it would feel like to reach the point where I’d consider bringing my performing career to a natural end. Now I know: it feels a little unsettling, a touch exhilarating, and something of a relief,” he wrote.

At the award ceremony, he elaborated. When he finished his 2016 album Stranger to Stranger, he said, “It’s almost like a switch went off and I said I’m done.” His feeling was that he didn’t think he could do any better, and it was taking about three years to complete each album. So he said to himself, “I don’t see why I should spend three years doing another album that’s about as good as this when I could be seeing islands in the South Pacific or I could go to India, I haven’t been there.”

And, at 77, recognizing his mortality, he says, “It’s not like I had an infinite amount of time in front of me.”

He let writing go for a while but recently, a dream told him that he should be working on a piece of music, a particular extended piece of music. He’s been noodling around with his guitar. “But I haven’t put the words to it yet,” he says. But he will. “I know that this particular piece is going to be about the words.”