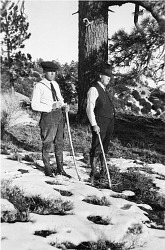 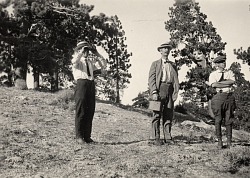 Descriptions of new Cretaceous and Tertiary fossils from the Santa Cruz Mountains, California 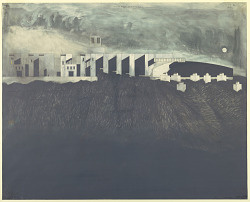 Description of a new brittle star from the Upper Miocene of the Santa Cruz Mountains, California 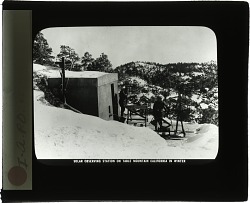 Smithsonian Institution Archives
Solar observation instrument stands outside the entrance to the observing tunnel used for the daily measurement of the sun's radiation at the solar observing station at the Smithsonian Astrophysical Observatory, Table Mountain, California. 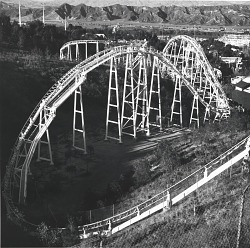 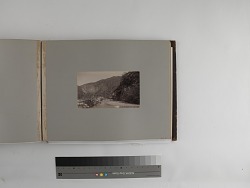 National Museum of American History
Rudolf Eickemeyer, Jr. (1862–1932) used a wide variety of printing processes, printing out some negatives in more than one medium. In his lectures, he pointed out that this approach to photography was important because in the hands of a photographer who “lives and understands the infinitely varied moods of nature, photography can be made to express and interpret them.” In correspondence with Dr. Olmstead at the Smithsonian, as the presentation of his gifts and bequest to the museum was being arranged, Eickemeyer wrote: “The collection illustrates the use of every important process and will, I believe, be of real educational value.”

The first of the Eickemeyer photographic collection came to the National Museum’s Department of Arts and Industries (the “Castle”), Division of Graphic Arts in 1922 at the close of a large exhibition of Eickemeyer’s work at the Anderson Gallery in New York. It was a gift from the photographer of five framed prints from the New York show that he considered representative of his work.

In 1929, Eickemeyer gave the Smithsonian 83 framed prints (including copies of the prints that he had previously given the museum), 15 portfolios, his medals and awards, and several miscellaneous photographic paraphernalia. In 1930, he made a will bequeathing most of his remaining prints, negatives, photographic equipment and other objects relating to his 30-year career as a photographer to the Smithsonian Institution.

Upon Eickemeyer’s death in 1932, an accession consisting primarily of photographic equipment from his studio came to the Smithsonian. Included in the bequest were 2 cameras, several lenses, scales, timers, printing frames, plate holders, dry mounters and a lecture case with slide projector and hand-colored lantern slides. Also included were 43 albums, journals and portfolios and assorted negatives and contact prints, many marked “discards.” There are 58 albums, notebooks and portfolios in the collection. Eickemeyer requested in his will that his gifts and bequests be called The Rudolf Eickemeyer, Jr. Collection. 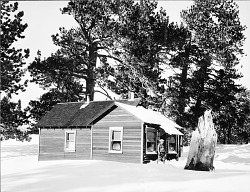 The exterior of the Laboratory building at Table Mountain, California observatory of the Smithsonian Astrophysical Observatory, c. 1925-1945. The ground is covered in snow and there is a man standing in front of the building. Table Mountain was closed in 1961. 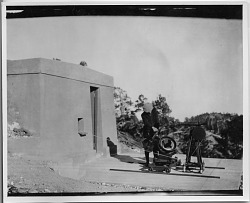 Solar observation instrument stands outside the entrance to the observing tunnel used for the daily measurement of the sun's radiation at the solar observing station at the Smithsonian Astrophysical Observatory, Table Mountain, California. 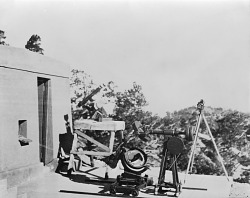 Smithsonian Archives - History Div
Solar observation Instruments outside the entrance to the instrument tunnel at the solar observing station of the Smithsonian Astrophysical Observatory at Table Mountain, California. 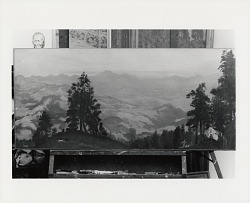 On meteoric irons from Alpine, Brewster County, Texas, and Signal Mountain, Lower California, and a pallasite from Cold Bay, Alaska 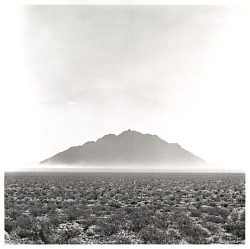 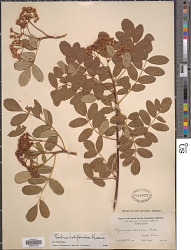 As fog drifts over the coast of California, it may carry a noxious substance that is endangering one of the region’s keystone species. A new study in Scientific Reports has found elevated levels of mercury in pumas that roam through the Santa Cruz Mountains—and researchers suspect that marine fog is responsible for wafting the neurotoxin into the terrestrial food chain.

Mercury is a naturally occurring element that is released into the environment through both natural processes and human activities, like mining and coal-fired power plants. Once mercury is in the atmosphere, it can rain down into the ocean, where anaerobic bacteria convert it into methylmercury—“the most toxic form of mercury,” according to the University of California, Santa Cruz. At high enough concentrations, methylmercury can cause neurological and reproductive damage, among other negative effects.

Some of the methylmercury in the ocean rises to the surface of the water, where it is carried inland by fog. "Fog is a stabilizing medium for methylmercury," explains Peter Weiss-Penzias, an environmental toxicologist at UC Santa Cruz and lead author of the new study. "Fog drifts inland and rains down in microdroplets, collecting on vegetation and dripping to the ground, where the slow process of bioaccumulation begins."

Mercury levels in fog are not high enough to pose a danger to humans. But land-dwelling organisms are at risk because as mercury moves up the food chain—from plants, to plant-eating animals, to carnivores—its concentrations can increase by 1,000 times.

For the new study, researchers sought to determine how an apex predator along the coast of California—a region that is likely to be swallowed up by marine fog—is being impacted by mercury in the atmosphere. The team focused on the Santa Cruz Mountains because this geographic area “form[s] an effective barrier to the inland penetration of marine fog,” as the study authors explain.

The researchers analyzed hair and whisker samples from 94 pumas that dwell along the coast and 18 pumas that occupy inland areas. The coastal mountain lions had higher concentrations of mercury in their biological samples, with an average of 1,500 parts per billion (ppb), compared to around 500 ppb in the inland puma samples. Two of the pumas displayed “sub-lethal” mercury levels that may have a negative impact on reproduction. One animal was contaminated with mercury levels known to be toxic to other species, like mink and otters. “It was found dead,” Weiss-Penzias tells Alani Letang of KSBW.

To trace the trickle-up effect of mercury in the environment, the researchers also looked at levels of the neurotoxin in both lichen and deer samples; deer eat lichen, and pumas eat deer, as Letang explains. Once again, concentrations were higher in samples from ocean facing sites, compared to those from inland sites. The presence of elevated mercury levels in the lichen was particularly telling because, as Weiss-Penzias explains, the organism does not have any roots—meaning that the contamination had to be coming from the atmosphere, rather than the ground.

As Alejandra Reyes-Velarde of the Los Angeles Times points out, the risk of fog-borne mercury poisoning is just one of several threats to pumas in California. Since 2002, five of the great cats have died after ingesting rat poison, which can be dangerous to pumas even if it does not kill them. Biologists suspect the toxic substance is making the animals vulnerable to mange, a potentially fatal skin disease. Roads and freeways fragment the animals’ habitat, leading to fatal vehicle collisions and creating barriers that force the cats to in-breed, reducing their genetic diversity.

“These mercury levels might compound the impacts of trying to make it in an environment like the Santa Cruz Mountains, where there is already so much human influence, but we don’t really know,” says Chris Wilmers, study co-author and director of the Puma Project. “Levels will be higher 100 years from now, when the Earth’s mercury budget is higher because of all the coal we’re pumping into the atmosphere.”

As apex predators, pumas play an important role in their ecosystem, helping control populations of large ungulates, like deer, as well as small predators. Any threats to the cats’ well-being also risk disrupting the delicate balance of their environment.

"We need to protect the top predators in the environment," says Weiss-Penzias. "They perform ecosystem services. When you change one thing, it has cascading effects through the system." 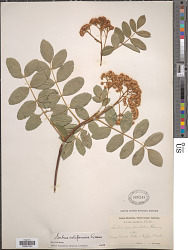 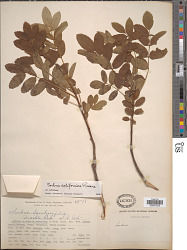 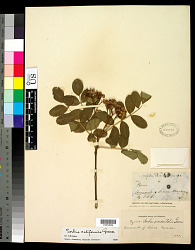 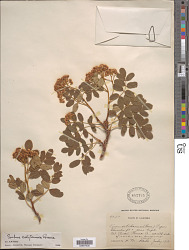 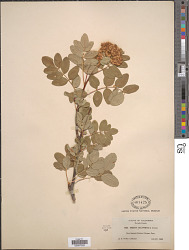 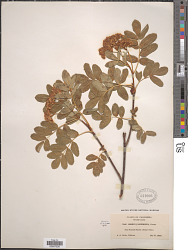