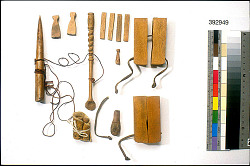 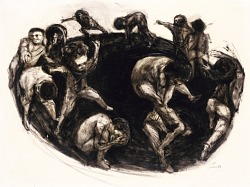 Prints of watercolors collected by Mary A. Shufeldt at Ch'oryang (near Pusan) in 1886. They were published in Stewart Culin's Korean games with notes on the corresponding games of China and Japane, University of Pennsylvania, 1895. The prints were transferred from the artifactual collection to the archives by Chang-su Houchins in April 1983. 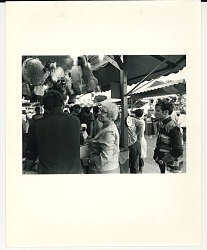 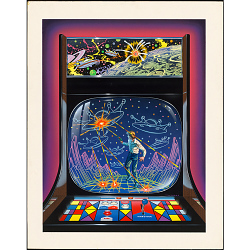 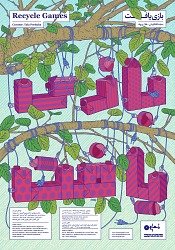 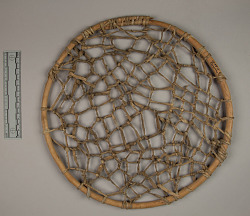 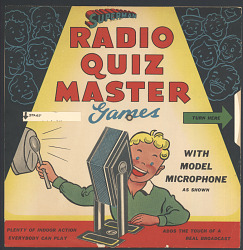 SI Center for Learning and Digital Access
Lesson plan experimenting with the distance of light sources to see how it affects the shapes of shadows. Students experiment with distances, record the results in a data table, and discover the relationship between distance, light source, and dimension of the shadow. 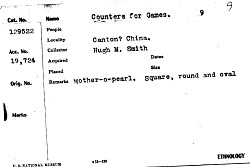 NMNH - Anthropology Dept.
FROM CARD: IT COULD BE THROWN INTO A ROLLING HOOP, #E281170. ... PROVENIENCE NOTE: THE CARD CATALOG AND LEDGER SHOW "STANDING ROCK AGENCY, SOUTH DAKOTA." SINCE THE 1870'S, THIS AGENCY HAS BEEN AT FORT YATES, NORTH DAKOTA. DENSMORE WORKED AT FORT YATES TWICE IN 1912, BUT ALSO THAT YEAR AND IN 1913 AT BULLHEAD AND MCLAUGHLIN, SOUTH DAKOTA. SEE BAE BULLETIN 61. 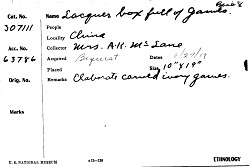 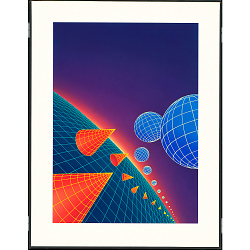 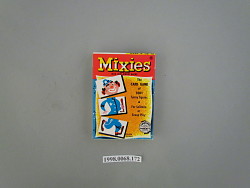 Smithsonian American Art Museum
The Art of Video Games explores the 40-year evolution of video games as an artistic medium, with a focus on striking visual effects, the creative use of new technologies, and the most influential artists and designers. This website offered participants a chance to vote for 80 games from a pool of 240 proposed choices in various categories, divided by era, game type and platform. Voting took place between February 14, 2011 and April 17, 2011. The exhibition was on display at the museum from March 16, 2012 through September 30, 2012 and is currently on a ten-venue tour: http://www.americanart.si.edu/exhibitions/archive/2012/games/#tour 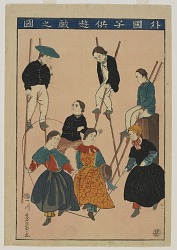 Since it's Monday and none of us really wants to settle in and work yet, I thought I'd share some of my favorite science-themed (and science-ish) computer games with you:

The Eyeballing Game: How well do you perceive shapes? Can you find the center of a circle or complete a parallelogram? The better you are, the lower your score.

Killer Flu: In this game, from the U.K. Clinical Virology Network, you work to spread the flu virus from the countryside to the city, and from town to town. The goal is to infect as many people as possible. It's a nice demonstration of some of the factors that promote the spread of the flu virus (transportation, schools, offices).

The Great Flu: The goal here is the opposite of that in Killer Flu. A new flu virus has emerged. You'll need to manage health services worldwide to control the spread of the virus and prevent a pandemic.

Galaxy Zoo 2: It's not exactly a game, but it's highly addictive. By classifying real pictures of real galaxies (something done better by humans than computers), you're helping scientists learn about the universe. Launched in 2007, the project has already had a few discoveries, including a strange blue object called the Voorwerp.

Foldit: This is the only game that you'll need to download, but it's worth the effort, both for your own enjoyment and for science. The researchers behind Foldit are trying to figure out if humans fold proteins any better than computers. I haven't made it out of the training section yet, so for me the answer is probably "no," but the "game" has me hooked, nonetheless.

And I can't end this without mentioning PhysicsGames.net, which had dozens of addictive little games, like Assembler:

SI Center for Learning and Digital Access
Teacher-created lesson in which students work collaboratively to design a game with clearly written instructions. The game requires players to round three- and four-digit numbers to the nearest ten, hundred, and thousand.

A couple of years ago, video game designer Kellee Santiago and film critic Roger Ebert got into an online debate over whether video games qualify as art. Ebert, a naysayer when it comes to the subject, watched a TED talk that Santiago gave at the University of Southern California in March 2009. In it, Santiago declared that video games are art, and Ebert dug his heels in further, poking what he saw as holes in the designer’s argument. In her defense, Santiago noted Ebert’s inexperience with gaming and wrote, “It’s good for dinner party discussion and entertaining as an intellectual exercise, but it’s just not a serious debate anymore.”

Santiago, the co-founder and president of thatgamecompany, a Los Angeles-based studio that develops experimental games, even challenged Ebert to give Flower, one of her games, a try. Santiago sent Ebert a PlayStation 3 and a copy of the game, but there has been no word on whether he has played it. Flower, released in 2009, is featured in “The Art of Video Games,” a highly anticipated exhibition about gaming’s 40-year history, which opens at the Smithsonian American Art Museum on March 16.

Here, Santiago, provides her picks for five groundbreaking video games that show the evolution of the art form.

Infocom, a now defunct software company founded by MIT staff and students in 1979, was the mastermind behind Zork. The computer game came on a floppy disk and involved a player venturing into an underground world in pursuit of treasures. There were no graphics or sounds, just green text on a black background that provided narrative. The player would type in commands, such as “go west” or “open door,” to navigate the situation. “Turn on lamp” was an important one. Hungry monsters called “grues” lurked in the dark—but they retreated from light.

Zork was included in Call of Duty: Black Ops (2010) as an “Easter egg,” or hidden feature. From the main menu, the avatar, cuffed to a chair, can break free and locate an old computer running on DOS. Typing the word “Zork” brings you to the much-loved game.

From Santiago: Although there are probably a number of "top" multiuser dungeon, interactive fiction games that my esteemed colleagues in the games industry would list here, Zork was the one I grew up with. To me, it sums up the first age of digital games and what they could provide. Completely text-based, the graphics lay in the infinite imaginations of the players, making the world appear vast and magnificent. There was a real sense of place, of possibility, and the experience of playing it on a computer was completely unique.

Who can forget Super Mario Bros.? Nintendo’s spinoff to its 1983 game Mario Bros. stars Mario, a plumber, and his brother, Luigi, in a quest to save Princess Toadstool from the evil Bowser, a spiky-looking turtle. The game helped to popularize the side-scrolling format, in which characters were seen in profile traveling from the left side of the screen to the right. Collecting coins and mushrooms help Mario and Luigi progress through multiple worlds. Super Mario Bros. reigned supreme as the best-selling video game until Wii Sports ousted it from that position in 2009.

From Santiago: This is the first game where I remember thinking, "Oh my goodness. You can control cartoons on the TV?!?" Looking back, it seems almost ridiculous, but the team at Nintendo extracted so much personality out of those pixels. Like early cartoonists before them, they showed that we didn't need to wait for the invention of complex technologies to make emotionally compelling characters and memorable scenarios.

Released on Xbox and later Microsoft Windows, Halo 2 transports players to the 26th century and an alternate universe, where a superhuman soldier, Master Chief, is fighting against the Covenant, an army of aliens. This sequel to Halo: Combat Evolved (2001) is a first-person shooter game that allows for multiple players as well as online competition through Xbox Live.

From Santiago: The environments in Halo 2 were absolutely stunning, and the fact that you could share the experience of them online was unbelievable! It was another "We've come so far!" moment for me in gaming. The music, the visuals, the character designs—they were all taken to a whole new level.

Game designer David Cage has called his Indigo Prophecy an “interactive drama.” The game, available on multiple platforms, has a cinematic quality to it. Yet, the story line plays out like a “choose your own adventure” book, in that it adjusts based on choices, often moral, that the player makes.

The plot begins with Lucas Kane, the protagonist, killing a man at a diner in New York City. As subsequent murders occur, the player, who can control Kane and other characters, is charged with solving the crimes.

From Santiago: This 3-D, second-generation console game really pushed the envelope of interactive storytelling and engagement in games. It threw away practically everything everyone had gotten used to when it came to using the console controllers and interface design and showed that we had only scraped the surface of possible experiences in games.

A more obscure game, the Night Journey is the result of a collaboration between video installation artist Bill Viola and the University of Southern California Game Innovation Lab. Players navigate through a shadowy, black-and-white landscape, inspired by Viola’s 1994 piece called “Pneuma.”

The game is meant to be a “trip along a path of enlightenment.” If there is a so-called winner, it is probably the player who patiently navigates through the setting. If a player moves through too quickly, the surroundings blur. But, if he or she explores leisurely, color is brought to the scenery.

From Santiago: You walk slowly through a black-and-white environment and are given the opportunity to sit and meditate at various points in the world. The meditations turn into surreal imagery, and the more you meditate, the longer the night can last. It is such a personal work, and so beautiful.

With the kickoff of the 2016 Summer Olympics in Rio de Janeiro imminent, the time was right to pull out this groovy 1972 portrait from […]