An epitome of the natural history of the insects of New Holland, New Zealand, New Guinea, Otaheite, and other islands in the Indian, Southern, and Pacific oceans : including the figures and descriptions of one hundred and fifty-three species of the more splendid, beautiful, and interesting insects, hitherto discovered in those countries, and which for the most part have not appeared in the works of any preceding author. The figures are correctly delineated from specimens of the insects; and with the descriptions are arranged according to the Linnæan system, with reference to the writings of Fabricius and other entomologists / by E. Donovan

Smithsonian Libraries
Issued as one of three volumes that together make up pt. 1 of Donovan's General illustration of entomology.

A dedicatory leaf for Sir Joseph Banks is bound in following the series t.p.

"At the commencement of this work one volume was professedly undertaken to afford the English naturalist a more competent idea of the entomology of China than had been hitherto produced .... This was succeeded by a second volume, which related exclusively to the insects of India, and the islands in the contiguous seas .... The present volume, which we regard as the third of the intended series, is appropriated solely to the entomology of New Holland, New Zealand, Otaheite, and other adjacent islands, comprising with the two preceding a general epitome of the insects of Asia ..."--Advertisement, p. [iii] (2nd group).

Aruba - Landmarks and Points of Interest

Oranjestad is Aruba's capital city and, as such, contains the bulk of the island's urban activity. Plaza Daniel Leo is the city's heart. Here, among the multicolored Dutch colonial buildings, visitors shop, visitors dine, shop and mix with locals. Cruise ships dock here regularly, spilling hundreds of tourists onto the main waterfront boulevard. Wilhelmena Park features a marble sculpture of its namesake, the Netherlands' queen mother, along with tropical gardens.

Oranjestad is home to most of Aruba's museums, which trace the island's cultural and industrial development from the earliest Indian settlements to present day. The Archaeological Museum of Aruba houses a collection of ancient artifacts, tools and art. The Aruba Historical Museum, housed in the island's oldest structure, Fort Zoutman, offers a view into the daily lives of the island's first settlers. Aruba's first coins are on display at the Numismatic Museum, along with historic coins from all over the world. The Aruba Aloe Museum and Factory explores the plant's importance to the island's economic development and the way in which it is harvested and processed.

Stretching north from Oranjestad up the west coast of the island, are the highly developed Eagle Beach and Palm Beach areas. These strips are home to most of the island's low- and high-rise resorts, lined up neatly one after the other, and lead to the northernmost tip of the island, where tourists flock to see the California Lighthouse. One of Aruba's most recognizable sights, the lighthouse was built in 1914 after the steamship California wrecked off the island's shores. The lighthouse is not far from Tierra del Sol, an 18-hole professional golf course designed by Robert Trent Jones II.

The Old Dutch Windmill, a favorite of Aruban postcard makers, is an authentic relic from the early 1800s, when it actually operated in Holland. It was then moved to the Netherlands, from where it eventually made its final journey to Aruba in 1960. It opened in the mid-1970s as a restaurant.

Aruba's second-largest city, San Nicolas, sits on the opposite end of the island, on the southeastern tip. This city's development was closely related to the nearby oil refinery, which, during World War II, supplied a great deal of fuel to the Allies. The city was, in its heyday, known for its nightlife, and the famous 1940s Charlie's Bar still exists today.

Roman Catholicism is the main religion of Aruba, and there are two historic churches worth visiting. The bright yellow Chapel of Alta Vista is reached by a long, winding road lined by cross markers representing the stations of the cross. Built in 1750 and reconstructed in 1953, the tiny chapel affords sweeping views of the surrounding sea from its perch on the northeastern tip of the island. Closer to downtown Oranjestad, the Santa Ana Church was built in 1776 and is noted for its hand-carved, neo-Gothic oak altar.

Offshore, there are several accessible shipwrecks, particularly along the southeastern coast of the island, which are popular dive destinations. And, of course, the Caribbean water's surface is a popular playground for water-sports enthusiasts of all stripes. 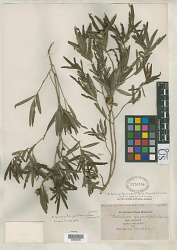 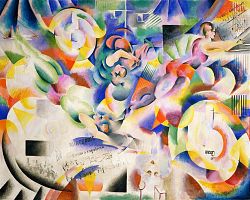 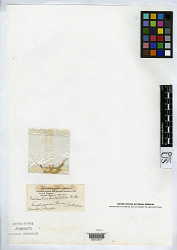 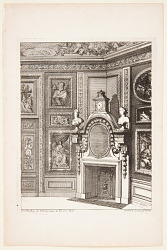 Cooper Hewitt, Smithsonian Design Museum
Design for a mantlepiece in the corner of a room. The mantlepiece is ornate with a large cartouche and busts on either side. Along the walls are framed paintings. 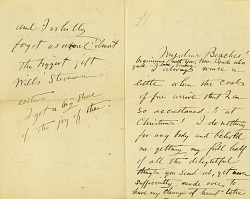 Healy was an American academic painter during the 19th century who painted mostly portraits, including a rather well-known one of Abraham Lincoln seated, which hangs in the National Portrait Gallery in Washington, D.C. He studied in Paris, and worked in Paris, Rome, and Boston. Healy was prolific, painting as many as 50 portraits in a single year, including a series of American presidents, and group pictures depicting congressmen and other famous political figures. The picture depicts Senator Daniel Webster's (MA) reply in Senate to Senator Robert Hayne (SC) in 1830. They debated the issue of states' rights and nullification, and Webster defended a strong national government, famously declaring, "The motto should not be 'Liberty first, and Union afterwards,' but 'Liberty and Union, now and forever, one and inseparable!'"

Hon. George C. Washington was born in Virginia in 1789 and died in Georgetown, D.C. in 1854. He attended Phillips Academy in Andover, Massachusetts, served in the Maryland legislature, and served several terms representing Montgomery County in Congress.

Eastman Johnson was an American painter who co-founded the Metropolitan Museum of Art. Johnson painted many influential Americans of his day, and his style was influenced by the Dutch masters, earning him the title of "The American Rembrandt."He was born in Maine in 1824, but moved to Washington, D.C., where he completed many of his portraits. Johnson lived among Native American tribes and opened a studio in New York.

George Willoughby Maynard was an American painter who started his career by completing murals in Boston's Trinity Church. He later did many murals in the Library of Congress.

Ambrose McEvoy painted figures, landscapes, and portraits in the late 19th and early 20th centuries. He was a founder-member of the National Portrait Society in England, and painted a number of portraits of soldiers and sailors, which are now in the Imperial War Museum.

Edward StanleyMercer was an English artist who studied at the Slade School of Art, along with time in Holland, Spain, and Italy. He exhibited at the Royal Academy, and was a member of both the Royal Society of Portrait Painters and the Royal Institute of Oil Painters.

In the letter, Ambrose McEvoy mentions that he has "written to Harold Speed," who was an English painter of oil and watercolor landscapes and portraits. Speed (1872-1957) studied art at the Royal Academy Schools and was elected a member of the Royal Society of Portrait Painters. Speed exhibited at the Royal Academy.

James Henry Moser was born in Ontario, Canada, who worked as an illustrator and landscape painter in oil and watercolor. In Washington, D.C., he was awarded the first Corcoran Prize by the Washington Watercolor Club. He was an art critic for the Washington Times, Post, and Herald, and did freelance illustrations for Harper's, among other publications. Mrs. Benjamin Harrison, the First Lady, purchased one of Moser's pieces, "A Sunny Morning at Salisbury Beach," to hang in the White House living room. He died in 1913 after having suffered a stroke earlier that year.

Gift of Susan A. Hobbs.

This folder is an amalgamation of letters written and recieved by prominent figures in 19th and 20th century American art. Included in the folder are letters from George P. Healy, Eastman Johnson, George W. Maynard, Ambrose McEvoy, and James Henry Moser. 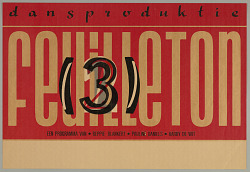 Cooper Hewitt, Smithsonian Design Museum
Poster with red ground; in black, above: dansproduktie / [in tall letters taking up most of the poster’s surface, in tan]: feuiLLeTon [superimposed in black and white:] (3) [superimposed over a 1 and a 2] / [in black:] EEN PROGRAMMA VAN . BEPPIE BLANKERT . PAULIEN DANIELS . HARRY DE WIT. 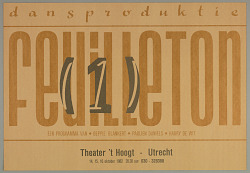 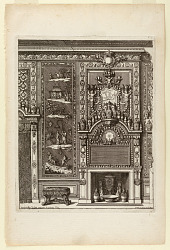 Cooper Hewitt, Smithsonian Design Museum
A design for a mantlepiece and wall panel by Marot. The mantlepiece is highly ornate. The wall panel pictures figures in nature scenes. 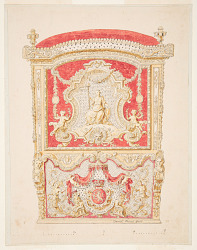 Design for a State Coach or a Sedan Chair

Cooper Hewitt, Smithsonian Design Museum
Side panel decoration of coach or chair showing the allegorical figure of Peace seated in an elaborate enframement. Below, the arms of Holland. 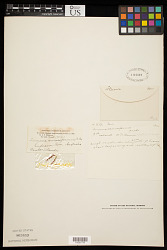 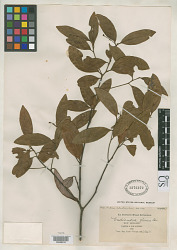 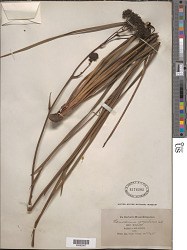 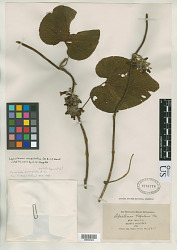 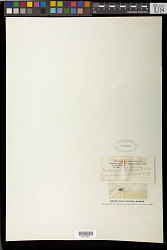 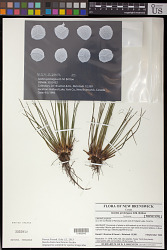 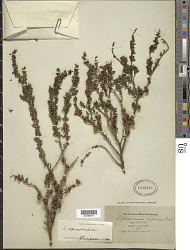 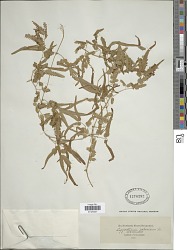 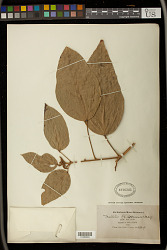 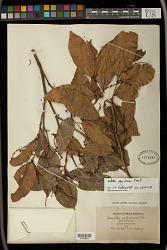 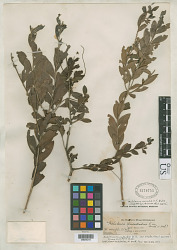