Visitors, volunteers, and staff who make the Smithsonian Folklife Festival an annual event in their lives often collect Festival T-shirts. Here are photos of  T-shirts from the past. Most of the ones shown are from the collection of Arlene and Pete Reiniger, both staff at the Smithsonian Center for Folklife and Cultural Heritage.

In the more than sixty years since first collecting dolls and Katy Keene comics (complete with cut-out costumes!) as a child, Helen Zell, smitten with what she called "the collection gene gone wild," hasn't stopped. In more recent years, the Chicago born-and-based Zell and her husband Sam have amassed an important collection of twentieth century artwork as well as early ethnographic pieces. 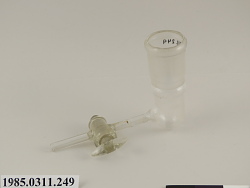 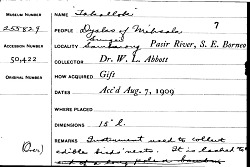 Commercial Collectors and the Plight of Paleontology

Smithsonian Channel
Find out how this freckled redhead captured the heart of baby boomers across the country. From: ALL DOLLED UP: Howdy Doody & Shirley Temple http://bit.ly/1k5GBuJ

Paragraphs from a collectors' note-book 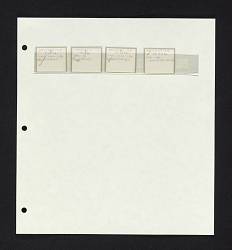 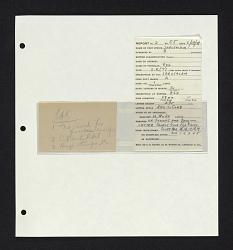 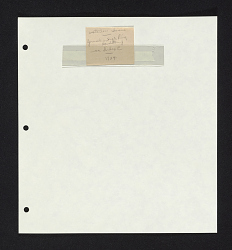 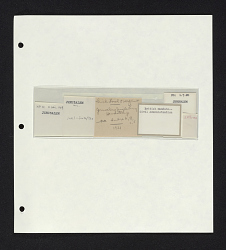 Many bibliophiles shudder at the thought of tossing a book in the trash. But tons and tons of books are discarded globally each year, either pulped by publishers, shredded by libraries or tossed out when people empty old houses. Sanitation workers in Ankara, Turkey, however, decided to give some of those abandoned tomes a new life by collecting books off the garbage heap. The result, reports Spencer Feingold and Hande Atay Alam at CNN, is a more than 6,000-book library that now serves their community.

The project began when garbage collectors in Ankara’s Çankaya district began collecting books for fellow workers and their families to borrow. But the collection kept growing and soon there was interest from other people in checking out the growing list of nonfiction and fiction titles. “We started to discuss the idea of creating a library from these books. And when everyone supported it, this project happened,” the mayor of Çankaya, Alper Tasdelen, tells CNN.

Agence-France Presse reports that the sanitation worker's collection of books is housed in a former brick factory, whose long corridors proved well-suited for a library. The building itself also serves as a community social hub, and includes a barber shop, a cafeteria, a lounge with chess boards and administrative offices (some of which are furnished with furniture and office equipment that's also been rescued from the trash).

The library's books have been divided into 17 categories, including romance, economics and children’s fiction, and the collection is still growing. Not only do the workers continue to collect books while on their shifts, but by last count they still have 1,500 books that they need to catalogue and shelve. Additionally, people are now sending them books through the mail.

In the future, the AFP reports, the sanitation workers have plans to create a bookmobile with their materials to send to local schools. 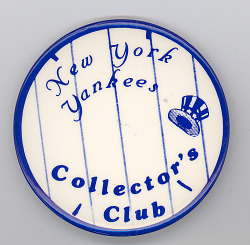 Smithsonian Libraries
The Smithsonian Libraries invites you to the first in a series of talks related to our newest exhibition, Magnificent Obsessions: Why We Collect: Celebrating Women Book Collectors: The Early Years of END_OF_DOCUMENT_TOKEN_TO_BE_REPLACED

Smithsonian Libraries
At head of title: The Walpole society.

"Compiled with the idea of bringing together in convenient form the words used in the cabinetmaker's art."--Pref.

Collectors Roundtable: The Pleasures of Building a Print Collection

Debrah Dunner, curatorial assistant at our Renwick Gallery, interviewed basket collectors Martha Ware and Steve Cole about A Measure of the Earth: The Cole-Ware Collection of American Baskets at the Renwick Gallery. The show is up for six more days, through December 8, 2013.

Freer Gallery of Art and Arthur M. Sackler Gallery
Pope Memorial Lecture Chinese ceramics specialist James J. Lally compares the aesthetic philosophies and acquisition practices of two great American collectors: J. P. Morgan, the so-called king of Wall Street, and Charles Lang Freer, founder of the Freer Gallery of Art. The lecture complements the exhibitions The Peacock Room Comes to America and Chinamania: Whistler and the Victorian Craze for Blue-and-White. Morgan and Freer were close contemporaries, and despite very different origins, their biographies present many parallels. A century ago both were successful businessmen and voracious art collectors, and both acquired large holdings of Chinese ceramics—yet, their methods and resulting collections diverged in the extreme. While exploring a particular moment in the history of American collectors of Asian art, this lecture suggests how the stories of Morgan and Freer relate to collectors of Chinese ceramics today. The Freer Gallery of Art and The Arthur M. Sackler Gallery
1-24 of 3,843,235 Resources