As much as James Bond is defined by his outlandish gadgets, one of the most important tools for real-life spies is actually much less flashy: maps. Whether used to gather information or plan an attack, good maps are an integral part of the tradecraft of espionage. Now, to celebrate 75 years of serious cartography, the Central Intelligence Agency has declassified and put decades of once-secret maps online.

These days, the C.I.A. and other intelligence agencies rely more on digital mapping technologies and satellite images to make its maps, but for decades it relied on geographers and cartographers for planning and executing operations around the world. Because these maps could literally mean the difference between life and death for spies and soldiers alike, making them as accurate as possible was paramount, Greg Miller reports for National Geographic.

“During [the 1940s], in support of the military’s efforts in World War II...cartographers pioneered many map production and thematic design techniques, including the construction of 3D map models,” the C.I.A. writes in a statement.

At the time, cartographers and mapmakers had to rely on existing maps, carefully replicating information about enemy terrain in pen on large translucent sheets of acetate. The final maps were made by stacking these sheets on top of one another according to what information was needed, then photographed and reproduced at a smaller size, Miller reports. All of this was done under the watchful eye of the then-26-year-old Arthur H. Robinson, the Cartography Center’s founder.

Though World War II-era intelligence services like the Office of the Coordinator of Information and the Office of Strategic Services eventually morphed into the C.I.A. as we know it today, the Cartography Center was a constant element of the United States’ influence abroad. Looking through the collection of declassified maps is like looking into a series of windows through which government officials and intelligence agents viewed the world for decades, Allison Meier reports for Hyperallergic. From the early focus on Nazi Germany and the Japanese Empire, the maps show shifting attention towards the Soviet Union, Vietnam and the Middle East, to name just a few examples.

As interesting as these maps are to look at, it’s sobering to remember that they played a major role in shaping global politics of the 20th century. These were the documents that U.S. government officials relied on for decades, whether it was predicting global trade in the 1950s or preparing for the Invasion of the Bay of Pigs in Cuba in the 1960s. Intelligence briefings may more often be done digitally these days, but whatever medium a map is made in, knowing where you are going remains critical to understanding—and influencing—world affairs. 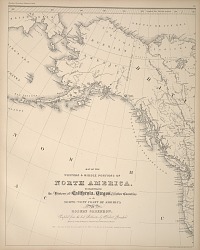 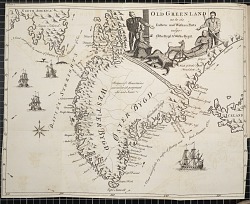 Old Greenland as to its Eastern and Western parts from A description of Greenland. 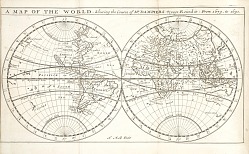 A Map of the World from A new voyage round the world.

Smithsonian Libraries
A Map of the World from William Dampier's A New Voyage Round the World. 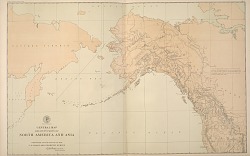 Smithsonian Libraries
Prepared at the office of the U.S. Coast and Geodetic Survey, 1903. 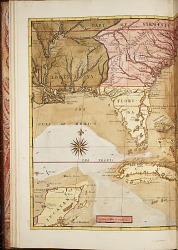 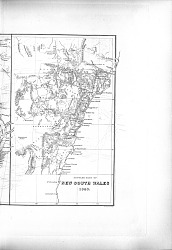 Australia and New South Wales from Narrative of the United States Exploring Expedition. 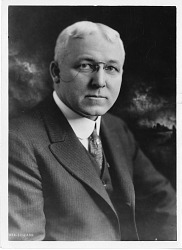 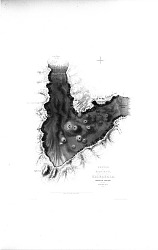 Crater on East Maui, called by the natives Haleakala or House of the Sun from Narrative of the United States exploring expedition.

Smithsonian Libraries
The map shows the crater of Haleakala, a shield volcano on the island of Maui, one of the Hawaiian Islands. 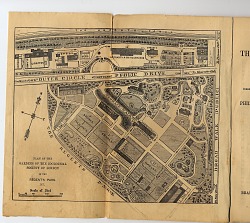 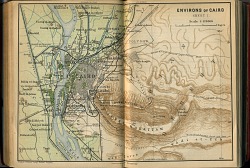 Environs of Cairo from Egypt: Handbook for Travellers. 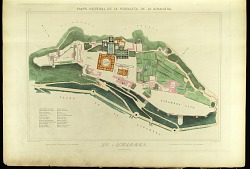 Smithsonian Libraries
This map shows the plan for the Alhambra made after its rediscovery in the 19th century. 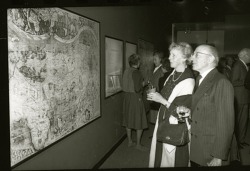 Smithsonian Archives - History Div
At "The Naming of America," an exhibit at the National Museum of American History, visitors view the world map of Martin Waldseemuller,thought to be the first map on which the name "America" was used.

"The Power of Maps" Exhibit Brochure

Smithsonian Archives - History Div
Exhibit brochure for "The Power of Maps." The exhibition opened at the International Gallery in 1993 and ran through January 23, 1994. It exhibited more than 200 maps from a variety of time periods and cultures. It was created by the Cooper-Hewitt, National Design Museum and is the first time a exhibit by the museum is shown on The Mall in Washington, D.C. 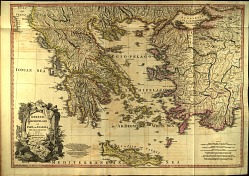 Greece, Archipelago and Part of Anadoli from The antiqvities of Athens.

Smithsonian Libraries
A map of Greece, Archipelago and Part of Anadoli from The Antiquities of Athens by James Stuart. 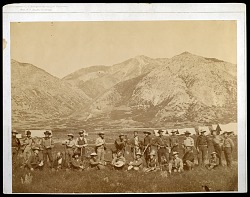 This image was taken as part of the Hayden Survey of western Wyoming and Colorado, which later led to the formation of the U.S. Geological Surveys of the Territories within the Department of the Interior. William Henry Jackson, then a budding photographer, took thousands of photographs for the Hayden Survey, most notably the first images of the headwaters of the Yellowstone River. Pictured are Charles R. Campbell, Frank H. Bradley, William Henry Holmes, John Merle Coulter, William Henry Jackson, and Albert Charles Peale, and others. The group is camped in front of mountains. 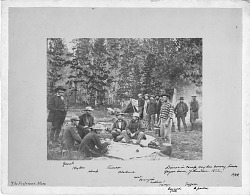 This image of Yellowstone National Park's Lower Geyser Basin was taken as part of the Hayden Survey of western Wyoming and Colorado, which later led to the formation of the U.S. Geological Surveys of the Territories within the Department of the Interior. William Henry Jackson, then a budding photographer, took thousands of photographs for the Hayden Survey, most notably the first images of the headwaters of the Yellowstone River. Pictured are Henry Gannett, Ferdinand V. Hayden, S. F. Hamp, James Stevenson, William Blackmore, W.A. West, E. Campbell Carrington, Joseph Savage, John Raymond, and William R. Taggert. Some of these men are sitting around the food while others are standing.

SI Center for Learning and Digital Access
Teacher-created lesson in which young students delve into the history of their community by interviewing someone who attended their school in the past. They then design maps showing how the school might have been arranged in the past. 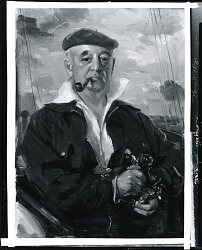 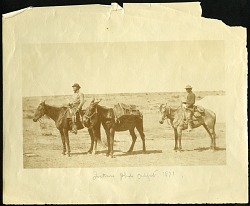 This image was taken as part of the Hayden Survey of western Wyoming and Colorado, which later led to the formation of the U.S. Geological Surveys of the Territories within the Department of the Interior. William Henry Jackson, then a budding photographer, took thousands of photographs for the Hayden Survey, most notably the first images of the headwaters of the Yellowstone River. Pictured is William Henry Jackson's photographic outfit. 2 men with 3 horses and mules. 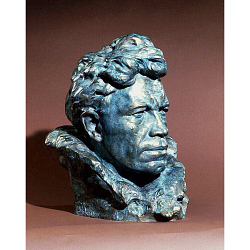 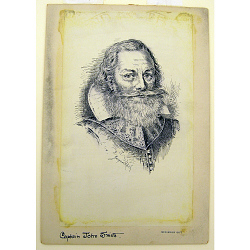 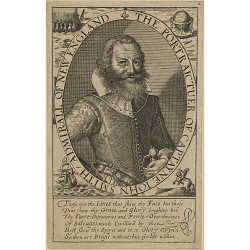 John Smith led the group that in 1607 founded Jamestown, North America’s first British settlement. With the backing of a group of British investors known as the Virginia Company of London, Smith served as the first governor of this colonial outpost. Most famous for having been supposedly rescued by Pocahontas when threatened by Native inhabitants, Smith made a larger contribution to the settlement of North America in his exploration of the region. While he traveled to map the Chesapeake Bay, the colony, its inhabitants crippled by disease, struggled to survive. By 1610 it was largely abandoned. Smith had been severely burned when his gunpowder bag exploded a year earlier, and he decided to depart for England. He returned in 1614 to explore New England but spent the remainder of his life in England, where he wrote extensively about the New World, focusing especially on its economic potential.
1-24 of 78 Resources