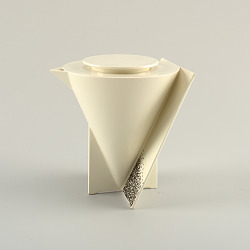 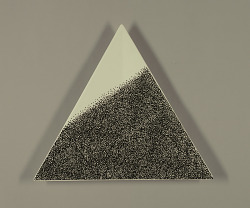 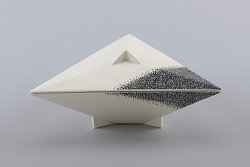 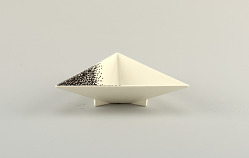 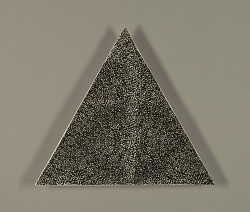 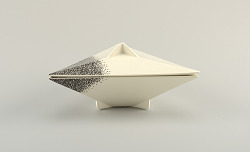 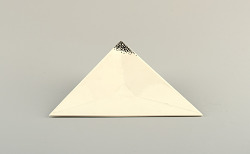 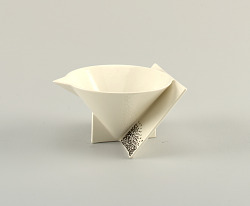 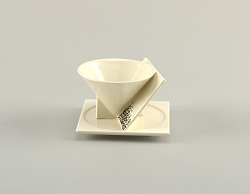 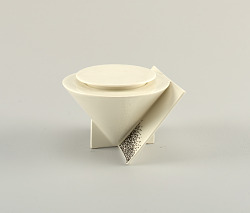 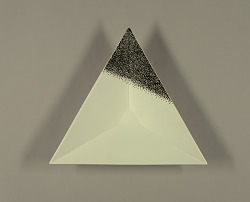 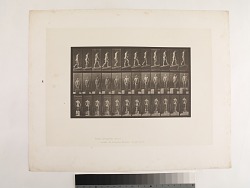 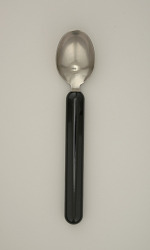 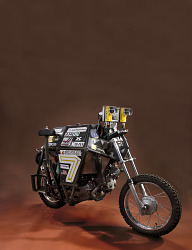 National Museum of American History
“Ghostrider” is a robot motorcycle that drives itself, with no human intervention once it is underway. The motorcycle was the only two-wheeled entrant in the autonomous vehicle races of 2004 and 2005 sponsored by Defense Advanced Research Projects Agency (DARPA). The goal of the races was to stimulate invention for a future fleet of driverless military ground vehicles. Congress funded the competitions to support its directive that one-third of U.S. military ground vehicles be unmanned by 2015.

The robot is based on a Yamaha 90cc-engine racing motorcycle, a small vehicle designed for teenagers. For the 2004 race, the motorcycle was modified to carry two arms to right the vehicle after a fall; video cameras; computers; a GPS receiver; inertial measurement units (IMUs) to measure the angle of the vehicle; and motors to actuate the throttle, clutch and steering. For the 2005 race, cameras and GPS receiver were upgraded. “Ghostrider” covered with sponsor decals and race number: 7.

The group developing “Ghostrider,” originated at University of California, Berkeley, and called itself the Blue Team. Team members included leader Anthony Levandowski, who specialized in developing the robot’s software for obstacle avoidance; Charles Smart, in charge of programming the GPS and stability; Andrew Schultz, in charge of programming the electrical engines; Bryon Majusiale, team mechanic and frame fabrication; and Howard Chau, mechanical design . 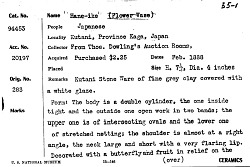 NMNH - Anthropology Dept.
From Card: "Kutani stone ware of fine grey clay covered with a white glaze. Form: the body is a double cylinder; the inside one tight and the outside one openwork in two bands. The upper one is of intersecting lines ovals and the lower one of stretched netting. The shoulder is almost at a right angle, the neck large and short with a very flaringlip. Decorated with butterfly and fruit in relief on the shoulder, and flowers, foliage, and conventional designs in red, green, and brown over the glaze. Old and rare (see Audsley and Bowes "Keramic [sic] art of Japan"). No mark" 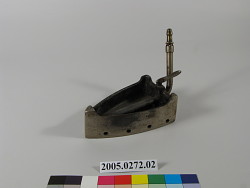 National Museum of American History
Triangular or single-point gas iron base fitted with a fuel pipe running inside the length of the body, its nozzle end fixed at an angle at back. Four ventilation holes along bottom of both sides. Base fits inside cover 2005.0272.01 and secures to it by the small hole inside the toe, which corresponds to a rounded projection on the cover, and by the twist-lock handle at back which slips into a narrow slot in the cover. Flat and smooth underside. No marks. 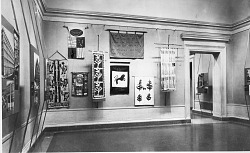 Smithsonian Archives - History Div
"Religious Banners," created by students of Immaculate Heart College, Los Angeles, to add a colorful note to the Centennial Exhibition of the American Institute of Architects held at the National Collection of Fine Arts, now the National Museum of American Art, in the Natural History Building in the summer of 1957. The banners revive a tradition which flourished in the religious processions of medieval Europe. They were subsequently circulated by the Smithsonian Institution Traveling Exhibition Service (SITES). 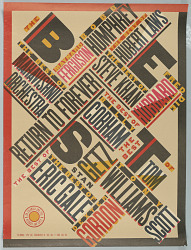 "The Best of Jazz" poster for New York Public Theater

Cooper Hewitt, Smithsonian Design Museum
In purple, red, and yellow words placed at angles across poster, on cream ground. In large block purple letters: THE B E S T. Throughout, in red letters: THE BEST OF… Framed in red and purple border.

'Exploding' Ant Ruptures Its Own Body to Defend Its Nest

As tiny critters surrounded by big threats, ants have evolved a number of unique ways to protect themselves: they bite, they sting, they fling themselves to safety. But amid the treetops of Borneo, one species of ant resorts to a particularly dramatic method of warding off predators: it tears its body apart to release a toxic secretion, killing itself in the process.

According to Allyson Chiu of the Washington Post, a team of researcher has described the species, which they aptly dubbed Colobopsis explodens, for the first time in the journal ZooKeys. The body of C. explodens is filled with glandular sacs containing a toxic, yellow secretion. If an enemy proves too persistent, these little insects will angle their backsides close to the predator and contract their muscles so tightly that their skin bursts open and release the goo, which has a “spice-like, curry-like” scent, Alice Laciny, a doctoral student at the Natural History Museum in Vienna and lead author of the study, tells Chiu.

Not all C. explodens possess this trait. Only the minor workers are able to rupture their body wall. It is the ultimate act of self-sacrifice; they give up their lives in order to keep threats away from the nest.

“Imagine a single ant is like a cell in a human body,” Laciny tells Chiu. “The exploding workers work as immune cells. They sacrifice their lives to hold off danger.”

C. explodens belongs to the species group Colobopsis cylindrica, which encompases the wide umbrella of exploding ant species. Self-destructive tendencies among some ants were first observed in 1916, but the new report marks the first time since 1935 that a new species has been described, according to a summary by the publishers of the journal.

Because these strange and remarkable creatures have not been well studied, an interdisciplinary team from Austria, Thailand and Brunei came together in 2014 to classify different species of exploding ants. Researchers have identified at least 15 distinct species, "most of which," they write in the paper, "are probably new to science." C. explodens is the first one they have formally described. Previously, C. explodens was simply known as “Yellow Goo,” after the color of its toxic secretion.

As Hannah Ellis-Peterson points out in the Guardian, the ants’ suicidal altruism, formally known as autothysis, is not unheard of among insect species that live in large colonies and work closely together to ensure the success of group. Certain termites, for instance, can rupture their bodies to release a substance that blocks off access to the tunnels where they live. But in the new report, the study authors note that even among exploding ants, C. explodens is “extremely prone to self-sacrifice when threatened.”