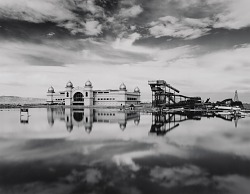 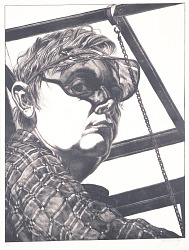 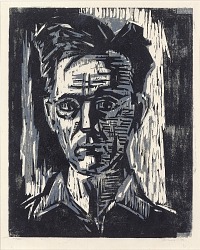 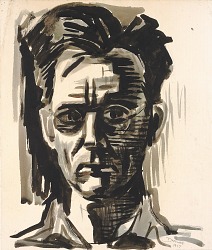 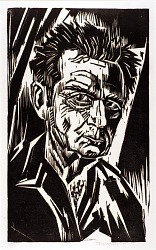 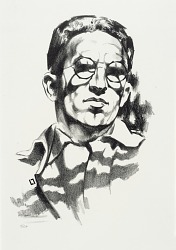 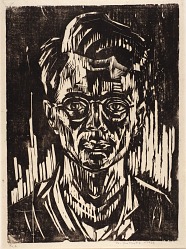 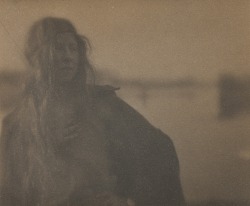 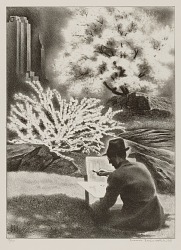 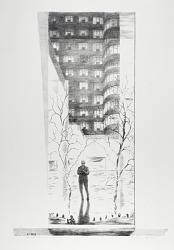 Self-Reflection at the Museum of Modern Art 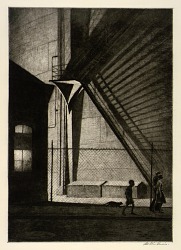 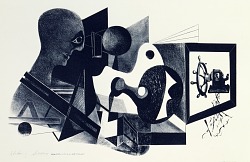 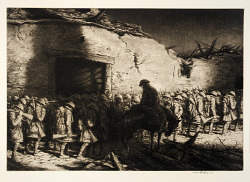 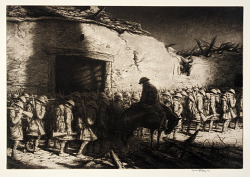 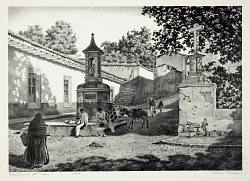 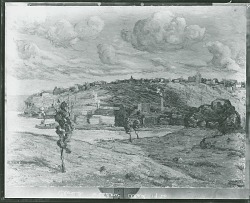 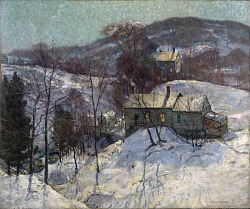 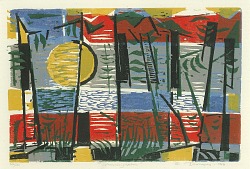 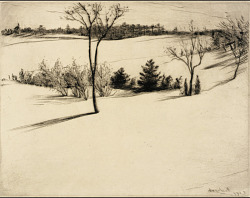 The front desk at Yosemite National Park’s Wawona Hotel – the largest Victorian hotel in a national park – is flanked with white columns, making it look a bit like the veranda of a Southern mansion. But the woman working the daybreak shift at the desk in late April had anything but sunny climes on her mind. She frowned as she wrote the daily weather report on a board that visitors would consult throughout the day as they made their plans.

Two workmen who had come inside to get coffee groaned loudly.

“Forty percent chance of snow over 8,000 feet,” she continued.

“Let’s just hope it stays up there,” one of the men said.

I was sipping an early cup of coffee on one of the Wawona lobby’s wicker chairs, savoring the early-morning quiet. My sister and I had had a fancy cocktail there the night before, enjoying the pianist singing Depression-era songs our mother once taught us and cocking our heads at the swirl of accents and languages from other travelers. But this morning, the piano was closed and draped with a cloth, the twin stone fireplaces were cold, and I was starting to worry that the weather report might thwart our Yosemite agenda.

I finally approached the woman at the front desk. “Do you think we’ll be able to see any frazil ice today?”

She quickly checked her list of temperatures and prognostications and shook her head. “It has to dip down to around 28 degrees at night for frazil ice to form.”

But my sister had assured me that it had been a cold spring, and I hoped—even if new frazil ice wasn’t forming this morning – that some might remain from previous cold days. That’s why we had come – that, and the fact that I was sure I was the only native Californian who hadn’t visited the glacier-carved wonder of Yosemite. Brass room key in hand, I went back to our cottage, woke my sister, and we began the drive through Yosemite Valley to Yosemite Falls.

Frazil ice is a phenomenon limited to spring, when the snow in Yosemite’s upper elevations melts and swells the volume of the park’s many waterfalls. The creeks below begin to surge with new vigor, but the air is still so cold that mist from the waterfalls freezes into crystals, which fall into the streams. They don’t melt and can’t solidify into solid sheets of ice in the fast-moving water, so they remain suspended in the water, forming a slurry. When this happens, the creeks behave like white, frothy lava flows, as clumps of frazil ice create temporary dams, forcing the creeks off course and even, sometimes, to run backward for a while.

Signs of spring abounded as we crossed the valley floor. The branches of the deciduous trees were still stark and nearly naked against the sky, but closer inspection showed tiny chartreuse leaves ready to unfurl along the branches. The meadows were covered in feathery green. Some snow still lay along the road among the shadowed evergreens, like a thick layer cakes documenting the winter’s storms, as well as on the mountain tops. Waterfalls burst from the peaks in great white plumes. Only a few other cars were on a road that would be clotted with traffic in summer.

By the time we reached the park service office, the clouds were spitting rain. We met up with naturalist Bob Roney, who had agreed to help us find some frazil ice. He set off at a brisk pace toward Yosemite Falls despite the rain. We passed a grizzled old apple orchard where the bears tore down the branches last fall, trying to get the apples. We passed the spot where 19th century naturalist John Muir lived and worked at a sawmill. We passed a tiny pine tree jutting from a crack in a huge boulder.

“That was there the first summer I started working here,” Roney said. “It hasn’t gotten any bigger.

Roney has been a park ranger at Yosemite since 1968, and he told us he’d seen his share of frazil ice. Soon he stopped at a footbridge over Yosemite Creek. “Imagine a daiquiri 12 feet high,” he said. “The first time I saw the frazil ice, it got so high it lifted this bridge off its moorings. It can be dangerous, because people think it’s snow and step into it and drop right into the creek.”

“Think there’s any left?” I asked.

“That might be some over there,” he said, pointing to a fat white line against a fallen log in the creek. “Or it might be foam. I think it’s foam.”

But even though we couldn’t satisfy our curiosity about the frazil ice on this trip, even though my sister and I were soaked, the walk was splendid. Yosemite Falls – divided into the Upper and Lower falls and together, the highest waterfall in North America – was thundering powerfully just ahead. As we got closer, we had to shout to be heard – with all the spring melt overhead, the water made so much noise crashing down the mountain that it was as if a jet were flying in tight circles just over our heads.

“By August, there will just be a trickle,” Roney said. “Right now, you could fill up a swimming pool four times in a minute with the water that’s coming down.”

We peered into the mist to see if there was a rainbow, but the clouds were too thick to let the sun through. Regardless, Roney told us that spring was not only the best time to see rainbows but also to see a rare phenomena called “moonbows” or “lunar bows.” Spring not only produces sufficient spray, but the full moon in April, May and June is at the perfect angle to Yosemite Falls to create these apparitions. “You get an opalescent arc in the spray,” Roney said. “Beautiful but more delicately colored than a daytime rainbow because our eyes don’t pick up the intensity of the color in dim light.”

Then he bent his head so that the pools of water rolled off his plastic-covered ranger hat.

It seemed our luck was bad for seeing the special sights of springtime Yosemite, aside from the emerging green and the booming waterfalls. Then we went on a bus tour through the Yosemite valley. We arrived at an elevated viewing area and, as if decreed by a higher power, the clouds parted, displaying many of Yosemite’s iconic landmarks in a single view: El Capitan on the left, Yosemite Falls towards the center, Half Dome in the distance and Bridalveil Falls to the right.

The bus driver, a climber who’s been working at Yosemite for 14 years, pointed. “Look at the bottom of Bridalveil Falls,” he said. “When the sun hits it, you’ll see a rainbow in the mist.”

And sure enough, the sun lit up the valley and shone on the falls. Suddenly, there were colors in the mist. Not a rainbow, exactly, but a roiling turbulence of greens and reds and yellows, like colorful ruffles at the hem of a long white dress. We gasped along with everyone else on the bus, our thirst for spring spectacle quenched. 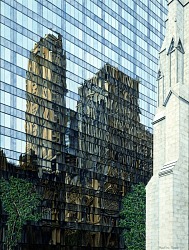 Statue of Liberty, Des Moines, Iowa, from the portfolio Statues of Liberty