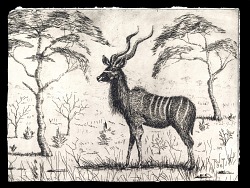 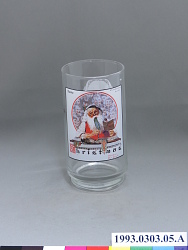 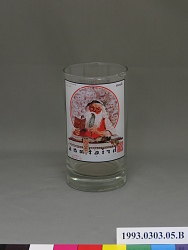 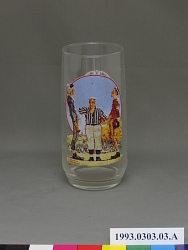 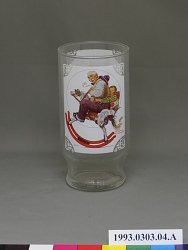 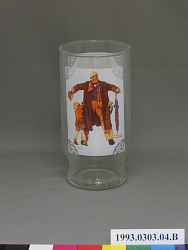 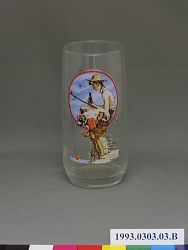 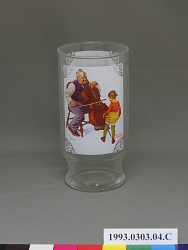 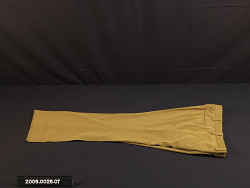 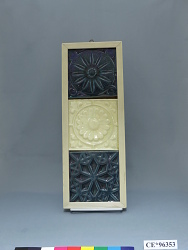 National Museum of American History
China painting swept across America in the late nineteenth century as one of the most prevalent decorative pottery techniques, especially among young women. Considered a respectable form of work and creative outlet for women, china painting incorporated the element of hand craft that helped elevate standards of design during a period of mass production and industrialism. The technique of china painting could be done conveniently at home or in large pottery settings. Also known as “mineral painting,” after its materials, a china painter used enamels, low firing colors produced from various mineral-oxides, as a “painting” medium on pre-fired porcelain white porcelain, also known as blanks. These blank porcelain pieces were often imported from European countries, France and Germany in particular, and came in a variety of dinner ware forms and vases. The china painting technique of decorating porcelain was popularized in America by the highly influential Englishman, Edward Lycett. Trained as a potter in the English tradition at Spode pottery in Staffordshire, England, Lycett moved to America in 1861, where he almost immediately gained prestigious commissions for the White House and Tiffany & Co. His devotion to experimenting with materials and teaching pottery techniques across the country established Edward Lycett as the “pioneer of china painting in America” during his own lifetime. Ultimately, the creativity fostered by the china painting movement and the influence of Edward Lycett launched the American ceramic industry towards new and exciting avenues of decorative pottery.

The Faience Manufacturing Company (1891-1892) was an early commercial art pottery established in Greenpoint, New York. The factory’s main production consisted of applied and decorative ornament on pottery in order to elevate the standards of factory-produced pottery to the status of art. Initially, the factory produced cream colored earthenware in the style of the fashionable French faience and Limoges pottery, most likely exhibited at the 1876 Philadelphia Centennial. Faience or white tin-glazed earthenware used in France inspired the name of the company. The peak of the company’s creative and artistic output occurred in 1884 when the English potter, Edward Lycett, joined Faience Manufactory as its Artistic Director. Immigrating to New York City in 1861, Lycett very quickly received important commissions, such as the 1865 White House painted porcelain service for President Lincoln and for Tiffany & Company, where he produced the first vitrified china in America with pure gilt decoration. Travelling across the country, Lycett taught the decorative technique of china painting at major ceramic centers in America such as Cincinnati and East Liverpool where soon-to-be influential women to the art pottery movement, Maria Longworth Nicols and Mary Louise McLaughlin, began their careers as china painters. Within his own time, Lycett was dubbed “the pioneer of china painting in America” by ceramic historians. His contributions to Faience Manufacturing Company are also notable, as he introduced to the company the aesthetic taste of exoticism and a new porcelain body, although the name of “Faience” never changed. Produced in the style of the English factory, Royal Worcester, the porcelain produced under Edward Lycett’s reign at Faience Manufacturing Company became characterized for their Near Eastern forms, eccentric handles, and elaborate jewel-like ornament.

During his retirement in Atlanta, Georgia, Lycett spent time in his son’s studio –William Lycett—experimenting with new and “lost” glaze techniques. The iridescent blues, browns, and greens found on the tiles are claimed to be reproductions of the Persian lusters from antiquity. Lusters, or iridescence, were a growing interest with artist-potters during the late nineteenth and early twentieth-centuries. The process Lycett used on his surfaces was the in-glaze lusters, which involved mixing metallic oxides in the liquid glaze batch and produces an iridescent surface. The firing process is very difficult and needed to be completed at very high temperatures and a regulated atmosphere in the kiln. Although Lycett was not the first to re-discover the technique of luster glazes, he regarded his work highly. This group of framed carved tiles depicting stylized flowers exhibit Lycett’s use of iridescent glazes, imitated after the ancient Persian lusters. Interestingly, Lycett also attests to their use saying, "These tiles appear better if placed away from the light and at the proper angle of reflection opposite to the light." 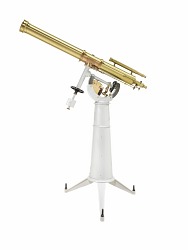 telescope base and mount

National Museum of American History
This 5-inch equatorial refractor (numbered 860) is one of eight identical telescopes (numbered 856-863) that Alvan Clark & Sons made for the United States Transit of Venus Commission for the 1874 transit of Venus across the face of the Suns. It was also used to observe another transit of Venus in 1882. In 1886, the equipment used for these observations was given to the U.S. Naval Observatory, which loaned it out to astronomers. Samuel Pierpont Langley (1834-1906), Director of the Allegheny Observatory, borrowed this telescope to observe the total eclipse of the sun from Pike's Peak, Colorado in 1878. Later, while serving as the Secretary of the Smithsonian Institution, he borrowed it again to observe a total solar eclipse from Wadesboro, North Carolina in 1900. Note that this catalog number refers to the telescope base and mount. Ref: Deborah J. Warner and Robert B. Ariail, Alvan Clark & Sons: Artists in Optics (Richmond, 1995). Samuel P. Langley, "Report of Professor S. P. Langley," Astronomical and Meteorological Observations, made during the year 1876, U.S. Naval Observatory, Part II (Washington, 1880), p. 203-210. Samuel P. Langley, The 1900 Solar Eclipse Expedition of the Astrophysical Observatory of the Smithsonian Institution (Washington, 1904). 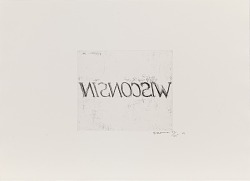 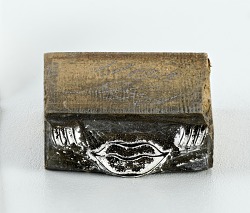 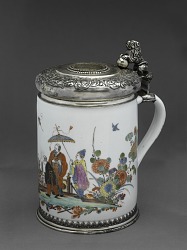 This tankard is from the Smithsonian’s Hans Syz Collection of Meissen Porcelain. Dr. Syz (1894-1991) began his collection in the early years of World War II, when he purchased eighteenth-century Meissen table wares from the Art Exchange run by the New York dealer Adolf Beckhardt (1889-1962). Dr. Syz, a Swiss immigrant to the United States, collected Meissen porcelain while engaged in a professional career in psychiatry and the research of human behavior. He believed that cultural artifacts have an important role to play in enhancing our awareness and understanding of human creativity and its communication among peoples. His collection grew to represent this conviction.

The invention of Meissen porcelain, declared over three hundred years ago early in 1709, was a collective achievement that represents an early modern precursor to industrial chemistry and materials science. The porcelains we see in our museum collections, made in the small town of Meissen in the German States, were the result of an intense period of empirical research. Generally associated with artistic achievement of a high order, Meissen porcelain was also a technological achievement in the development of inorganic, non-metallic materials.

Meissen’s chinoiserie style began in the1720s with the arrival from Vienna of Johann Gregor Höroldt (1696-1775) who brought with him superior skills in enamel painting on porcelain. His highly significant contribution to Meissen was to develop a palette of very fine bright enamel colors that had so far eluded the team of metallurgists at the manufactory, and that were new to onglaze enamel colors on faience and porcelain in general.

This tankard belongs to Meissen chinoiseries attributed to the enamel painter Adam Friedrich von Löwenfinck (1714-1754) who developed a style distinctly different to that of Johann Gregor Höroldt. He entered the manufactory at the age of 13, the oldest of three boys apprenticed to the painting division at Meissen and whose father was an underglaze blue painter. Talented though he was Löwenfinck ran into trouble at Meissen following a serious dispute with another manufactory employee resulting in legal action taken against him by the Meissen authorities. He fled Saxony for this reason as well as his desire to escape the irksome conditions under Johann Gregor Horoldt and low pay at Meissen. After his flight Löwenfinck worked as a painter on faience in Bayreuth but fearing extradition to Saxony he fled again to Ansbach and worked subsequently at Fulda, Höchst, and Strasbourg-Hagenau. His distinctive style was, and still is, much admired.

The subject painted on the tankard shows a richly dressed man directing preparations for a tea ceremony, while in the foreground a man pacifies a large dog. Indian flowers (indianische Blumen) that frame the scene are a Meissen elaboration of the Kakiemon and Imari style chrysanthemums and peonies on Japanese porcelains in the Saxon Elector’s collections in Dresden. Löwenfinck developed a graphic illustrative style that took inspiration from a variety of western and East Asian sources; to include, for example, the decorative style of Chinese Jingdezhen porcelain of the Yongzheng period (1723-1735), Japanese Kakiemon porcelains, European engravings that formed the chinoiserie style based on seventeenth-century illustrated books descriptive of China, and in particular the eighteenth-century work of Petrus Schenk Junior, and engravings after the Dutch genres of harbor and landscape painting. The servant standing on the extreme right holding a parasol is based on a figure in a print by Petrus Schenk junior, and the same scene appears on a stand for a writing set, but probably not painted by Adam Friedrich von Löwenfinck; for comparison see the article by A.L. den Blaauwen, “Keramik mit Chinoiserien nach Stichen von Petrus von Schenk junior”, in Keramos: Zeitschrift der Gesellschaft der Keramikfreunde , 31, Januar 1966, S. 1-13, Abb. 9, Faltblatt 21.

The mountings are of silver, and on the thumb piece a lion’s front paws rest on a globe. The center of the cover holds a Danish gift coin dated 1704 with the head of King Frederick IV, and this piece was possibly a gift for a favored member of the Danish royal household or an envoy at the Dresden court.

Tankards are generally found only in beer-drinking countries, and in early-modern Europe the urban middle-class beer drinker had stoneware and tin-glazed tankards mounted with tin or pewter with rich variations in regional styles. Pewter and glass tankards were also common. Goldsmiths produced luxury vessels for the ruling elite and wealthy merchant classes, and the Meissen porcelain tankards mounted with silver and silver gilt represent this type of object. 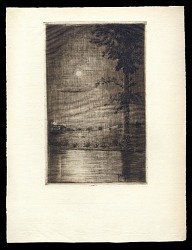 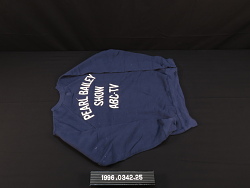 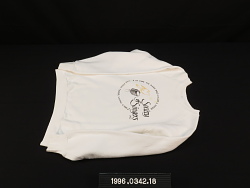 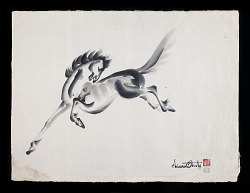 National Museum of American History
A black and white sumi-e painting of a horse in motion. The image depicts a horse leaping through the air, tossing its head to the right to look behind. The horse’s mane and tail are raised in motion, and its right foreleg reaches out to point towards the bottom left corner of the page. Chiura Obata (1885-1975) created this while in a Japanese American prison camp during World War II and his signature and red gagō-in (artist seal) stamp appear in the lower right corner. Small Japanese characters written in pen run vertically in the bottom left hand corner.

Born Zoroku Obata in Okayama-ken, Japan in 1885, Obata moved to California in 1903 and was one of the earliest Japanese artists to live and work in the United States. Obata was the first artist of Japanese descent to be a faculty member at UC Berkeley, where he started teaching in 1932. In 1942 he and his family were removed from Berkeley and imprisoned at the Tanforan temporary detention center and Topaz Japanese American incarceration camp under Executive Order 9066. At Tanforan, Obata started an art school with George Matsusaburo Hibi which he continued upon transfer to Topaz, teaching hundreds of students and creating a large body of artwork depicting everyday life in the camps and surrounding landscapes. Obata became a naturalized citizen in 1954, a year after retiring as Professor Emeritus from UC Berkeley. He spent the rest of his life traveling widely, lecturing and demonstrating Japanese brush painting. Obata is most well-known for his signature style of painting which blends Japanese and Western techniques and his large-scale landscapes. He also created an award-winning series of color woodblock prints at the Takamizawa Print Works in Japan inspired by his 1927 trip to Yosemite National Park and the Sierra Nevada. Chiura Obata died on October 6, 1975 at age 89. 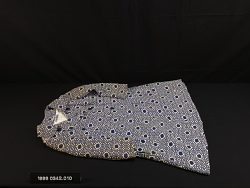 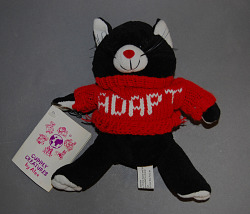 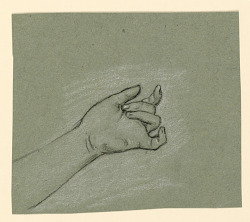 study of wrist and left hand 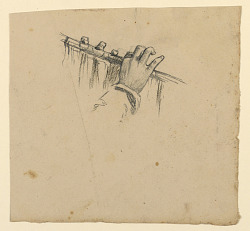 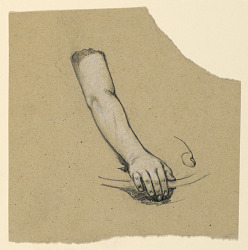 study of hand to mid bicep

study of a male costumed figure

Cooper Hewitt, Smithsonian Design Museum
Horizontal rectangle. Full-length figure of a boy in costume, lying prone, facing right in profile. He is blowing a horn or flute.
97-120 of 187,873 Resources