Beauty/Truth/Revealing/and Concealing: Adding complexity to a literary analysis (Wrap up lesson with "A Doll's House," by Henrik Ibsen) #SAAMTeach

While this lesson revolves around Henrik Ibsen's "A Doll's House," it can be used in conjunction with any work of literature featuring strong characters - the type who generate potentially negative reactions among students, such as: "I hate him... There's nothing good about ______....he's the villain... she's the hero, etc." The lesson is designed to push students out of their comfort zone, give themselves permission to speculate and entertain a variety of viewpoints, and as a means to step away from the literature they just read, then step back in with perhaps a more open-minded approach.

This is a discussion-heavy lesson, requiring some patience on the part of the teacher not to jump in and fill in the gaps. But after completing it the first, second, and then third time, I could definitely sense the students were now more apt to be "risk takers" and more "open minded" with their interpretations and insight.

Step by step instructions follow in the "Notes to Other Users" section. #SAAMTeach

Selection of my favorite butterflies and moths (from the more than 180,000 described). The Smithsonian National Musem of Natural History's Lepidoptera Collection has 4 million specimens, occupying 30,000 drawers and 3,000 alcohol jars. The collection has the most complete representation of both larvae (123,000 specimens) and adults in the Western Hemisphere! Learn more.

Beauty in the Ancient World

This collection has been made to depict the ideals of beauty that were birthed in the Ancient World. The differing time periods illustrate similar and different beauty ideals that are still present today. Body types, makeup, fashion, etc will be showcased to demonstrate how the influence of the culture and time defined beauty. #AHMC2019

Women in Egyptian art are often depicted with slim, high waists, and narrow hips. Dark black hair, possibly even with a bluish tinge, and golden or “bright” skin for women were considered ideal.Women also wore long, braided wigs. Men and women in Egypt routinely shaved their hair and wore wigs instead.Men and women also both wore makeup, namely heavy black eyeliner that doubled as protection from the sun.

While many women today would pluck a thick “unibrow,” women in Ancient Greece liked the look, and many used dark pigment to draw one in.They also bleached their hair in vinegar, which often caused hair loss, so wigs were popular.Long hair was also considered beautiful, as only upper-class women were allowed to grow their hair long. Body positive mentalities were also present as women are depicted with "fuller figures" and considered beautiful.

Beauty and Truth: The Dust Bowl

“Some may feel that in these paintings . . . I may have chosen an unpleasant subject, but after all the [drought] is most unpleasant. To record its beautiful moments without its tragedy would be false indeed. At one and the same time the [drought] is beautiful in its effects and terrifying in its results. The former shows peace on the surface but the latter reveals tragedy underneath. Tragedy as I have used it is simply visual psychology, which is beautiful in a terrifying way.” -Alexandre Hogue 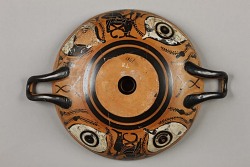 The collection is an activity for students in which they interpret and assess a quote ( "Beauty is truth, truth beauty, that is all/ Ye know on earth, and all ye need to know."-John Keats, Ode on a Grecian Urn) based on evidence from the pictures (and sometimes relevant information in the text with the resource) in the collection. There is no right answer and it is very much up to interpretation.
Goal: Students will be able to assess a claim and present their argument using evidence from visual media.

Note: Collection contains artistic nudity that may not be appropriate for all students. Teachers may wish to edit or remove certain resources. 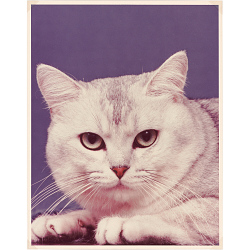 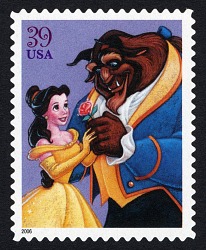 -How are perceptions of beauty and creativity established?

-How do ideals of beauty and aesthetics influence daily life?

This collection was created by Vicky Masson.

This collection represents some of my personal favorites from the project to digitize more than 8,000 living specimens of the Orchidaceae family, in the Smithsonian Gardens Orchid Collection.

There are thousands (at the time of publishing) orchid specimens available here in the Learning Lab. Find your own favorites using this search.

Beautiful Day in the Neighborhood

Meet the butcher, baker, pizza-dough maker, and all of the friendly people who make our neighborhoods terrific places to live every day. Recycled crafting and interactive songs make this community day the perfect blend of learning and just plain fun.

This collection represents some of my personal favorites from the digitization project at the United States National Herbarium, at the National Museum of Natural History. This project's goal is to digitize the 4.5 million specimens held in the collection.

There are hundred of thousands (at the time of publishing) botany specimens available here in the Learning Lab. Find your own favorites using this search.

Technical descriptions of the project can be found in a series of articles from the Smithsonian's Digitization Program Office: 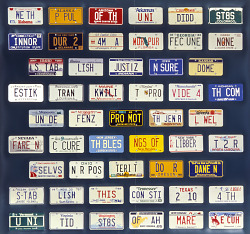 Be The Curator with SAAM and NPG Collections

Resources from the P21 Exemplar Teacher Workshop held at SAAM and NPG February 28, 2017.

This is a collection of primary sources that all pertain to Baum Gruppe. They were a Jewish resistance group based in Berlin, Germany that was active mainly in the late 1930s and early 1940s. The group was led by Herbert and Marianne Baum, who inspired the name. Many of the groups members had affiliation with Communism and Zionism, and their group was fairly diverse, but they were united in their search for community and determination to stand against the oppressive Nazi regime. The majority of their members were sadly executed or killed in concentration camps as a direct result of their resistance, but primary sources like these help preserve their legacy of resistance throughout the Holocaust and remind us of its importance. 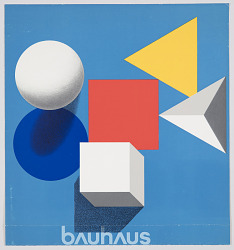 A collection of my favorite Bauhaus designs. 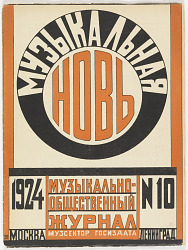 Battles of the Revolutionary War

The Revolutionary War was one of the most signature and important events of eighteenth century U.S. History.  It was this landmark war that established America as its own independent country, while simultaneously building upon a legacy that it citizens and historians will continue to cherish for years to come. The gruesome fighting and battles made up the greatest amount of these memorable moments of this time, so it is important to mentally collect information about them whenever we can.

For every solider, there was a wife.  For every Patriot, there was a child.  For every life lost, there was a family that had to struggle to decide how to proceed.  Being that the Revolutionary War was one built over time, and involved the attempt at independence of a country, raised the stakes of each confrontation much higher than anything previously seen in history at this point.  Regardless of whichever particular situation played out, however, life would indeed go on.

I would like to highlight the glorified stories from Revolutionary War, as well as some of the lesser known ones.  Included in the collections are artifacts such as weapons used, forms of currency created in response to the Revolutionary war, and Satirical art forms referencing the battles.

Battles Of The Revolutionary War

Learning Target: I will trace the development of the most significant events of the American Revolution, including the following: declaring independence, fighting the Battles of Lexington, Concord, Saratoga, and Yorktown.

I will investigate the struggles that were endured during the winter at Valley Forge and the signing of the Treaty of Paris of 1783.

Battles of the Revolutionary War

The Revolutionary War was one of the most signature and important events of eighteenth century U.S. History.  It was this landmark war that established America as its own independent country, while simultaneously building upon a legacy that it citizens and historians will continue to cherish for years to come. The gruesome fighting and battles made up the greatest amount of these memorable moments of this time, so it is important to mentally collect information about them whenever we can.

I would like to highlight the glorified stories from the Revolutionary War, as well as some of the lesser known ones.  Within this work, I will discuss how the Revolutionary War involved a premature nation that countries outside of the conflict, as well as the ones directly involved, initially saw as heavily one-sided, and describe how commonly trivial items can actually relay a complex story surrounding the atmosphere of the war’s timeline. Included in the chronological collection first, are weapons used during the battles including; a Dutch musket used in the French and Indian War, which indirectly led to the American Revolution, and a “Colichemarde”, or small sword, used by both sides of the war that showed a lack of properly allocated weaponry.  The picture of a common British foot solider wearing such high-class and sophisticated gear showed that even the lowest British soldiers had fine equipment, and is a testament to the previously high gap in economic power that the British had over the colonies, as well as other countries, before the French and Indian War economically drained them.  This power imbalance was well known, for satirists of the time often depicted the war, and in the next picture insinuated the willingness for many to tremble under the universally backed British by jokingly describing their power to the world.  Directly after a drawing depicting the fire-line at the Battle of Concord, is a map showing the British maneuvers in the 1776 capturing of Fort Lee, emphasizing the military strategy that British General Cornwallis possessed.  A medal honoring a solider for efforts in the Battle of Germantown, 1777, directly precedes a picture of a battle just 3 years later, the Battle of Camden.  A note out of Hillsborough North Carolina from the Governor at the time, Abner Nash, highlights the significance of Cornwallis’ occupation of the area in 1781.  This all leads to the final Battle for Yorktown, the most significant turning point of the war, leading to the surrender of the same General Cornwallis.  The “Georgivs Triumpho” copper as the final collection piece highlights the immediate attempts after the war at cashing in on the newly established United States’ lack of currency.  Each object relates to my topic due to the fact that they all, either directly or indirectly; relate to one of the battles specifically, relate to the Revolutionary War as a whole, or is a result/consequence of the battles having taken place the way they did.

Battles of the Revolution

What can you deduce from these representations of battles from the American Revolution?

This collection highlights important information and pictures of battles of the Revolutionary War.  The materials are not in timeline order.  They are simply for research purposes for the students.

These are all photos of the aftermath of the Battle of Gettysburg. 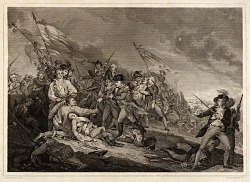 Using the information on the documents included, students will work to complete the story outline and then as a class put on a reenactment of the Battle of Bunker Hill.

The students will use the following artifacts to study the events of the Battle of Bunker Hill. 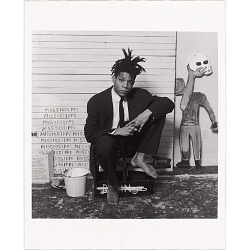 Basquiat Programs for Libraries and Makerspaces

This is introductory information for Jean-Michel Basquiat's "Horn Players" from 1983.

This collection was created in conjunction with the National Portrait Gallery's 2017 Learning to Look Summer Teacher Institute.