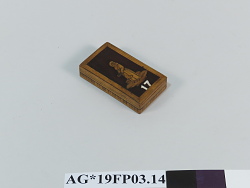 A collection of everyday items that could be used as a defense. 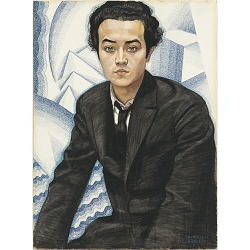 Visual art is a language that is socially and culturally constructed.  Socially constructed learning values diverse perspectives, engages with local and global experts, and employs inquiry, discovery and exploration to move students toward global citizenship.  Because the visual arts leverage the power of dialogue and debate to sharpen critical thinking, starting with the arts is a logical place to help students develop cultural intelligence.

Other purposes of these collections are to explore tangible and intangible cultural heritage; as well as jumpstart brave conversations about race, identity and immigration in the U.S. with teachers, tutors of English Language Learners and others who are interested in becoming cultural leaders in our public schools.

As Gordon H. Chang and Mark Dean Johnson state in the introduction of the exhibition catalog, "Asian/American/Modern Art: Shifting Currents, 1900-1970" (2008):

"Forty years ago there were no Asian Americans.  There were Chinese, Japanese, Koreans, Filipinos, and others of Asian ancestry in the United States, but no 'Asian Americans,' as that term was coined only in 1968.  This population was commonly seen as foreign, alien, not of America.  Their lives and experiences were not generally accepted as part of the fabric of the country, even though Asians had begun settling here steadily in the mid-nineteenth century.

Then, in the late 1960s, as part of the upsurge in the self-assertion of marginalized communities,  'Asian America' emerged to challenge the stigma of perpetual foreignness.  'Asian American' was a claim of belonging, of rootedness, of pride and identity, and of history and community; it was also a recognition of distinctive cultural achievement"  (Chang, Johnson, 2008). 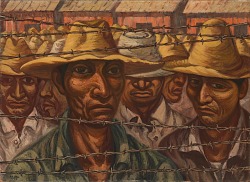 This teaching collection helps students to look closely and think critically by examining Domigo Ulloa's painting, Braceros, and historical documentation related to the bracero program, a series of short-term labor contracts from 1942-1964 in which an estimated two million Mexican men came to the US to work on farms and roads. The collection prompts students to consider the program from a variety of perspectives, including individual, collective, social, economic, and political.

For use in Social Studies, Spanish, English, and American History classes

This collection supports Unit 1: Intersectionality of Economics, Politics, and Policy, of the Austin ISD Ethnic Studies Part B course.

This Learning Lab Collection introduces three themes from the Hokusai:  Mad about Painting exhibition and provides works of art, classroom activities, and discussion questions associated with each theme.  Works of art selected for this Learning Lab highlight the first of two installations of the Hokusai exhibition, on view November 2019-April 2020.  The activities and discussions can be completed before or after your visit to the Hokusai:  Mad about Painting exhibition on view in the Freer Gallery of Art.  If you are unable to visit the exhibition, this Learning Lab allows you to virtually connect with the works of art and exhibition content on view for the first rotation of the galleries.  A second Learning Lab (Part Two) will be introduced in March for the second gallery installation.

Japanese Art and Culture
Grades K-12
Tour size limit: 45 students
Tour availability:  December 2, 2019 – November 13, 2020
One adult chaperone is required per each group of 10 students.
What can works of art tell us about cultural values?  How is the concept of “place” significant in Japanese art?  Transport yourself into misty mountains, rushing streams, and peaceful abodes when you explore the Japanese art of Katsushika Hokusai (1760-1849) in the special exhibition Hokusai: Mad about Painting.  Learn about the symbols and stories that make the works of art culturally significant for the people of Japan.

The Japanese artist Katsushika Hokusai (1760–1849) is widely recognized for a single image—Great Wave Off the Coast of Kanagawa, an icon of global art—yet he produced thousands of works throughout his long life. Charles Lang Freer recognized the artist’s vast abilities before many other collectors, and he assembled the world’s largest collection of paintings, sketches, and drawings by Hokusai. In commemoration of the centennial of Freer’s death in 1919, and in celebration of the Summer Olympics in Tokyo in 2020, the Freer Gallery presents a yearlong exploration of the prolific career of Katsushika Hokusai. Works large and small are on view, from six-panel folding screens and hanging scrolls to paintings and drawings. Also included are rare hanshita-e, drawings for woodblock prints that were adhered to the wood and frequently destroyed in the process of carving the block prior to printing. Among the many featured works are Hokusai’s manga, his often-humorous renderings of everyday life in Japan. Together, these works reveal an artistic genius who thought he might finally achieve true mastery in painting—if he lived to the age of 110. 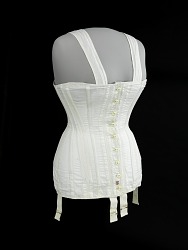 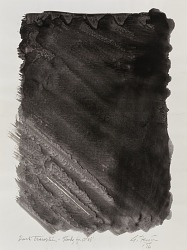 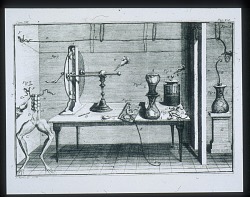 This is an example collection for a project on Time Travel.   For this collection, I'm using artifacts from Mary Shelley's Frankenstein, so that I do not inspire my students to borrow my content.  I want them to see this collection as an inspiration, not as a direct analogue. 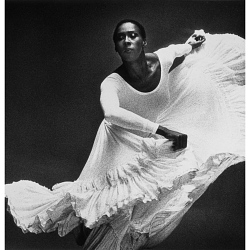 Language is the very first tool that we use to understand the ideas that we are trying to share. But what about the monuments, art, and songs that we have created to share our ideas with one another? This exploration will focus on how American culture founded on the mixing of ethnicities and experiences used the skills and talents of its members to reveal its faults and celebrate its wonder and imagination. This collection focuses on the identities and expressions of 1st Nations People, African American, and White American cultures. There are so many other cultures that have contributed to this nations story, this is just one exploration of many that we should embark on to tell our stories of who we are as a people and a nation. This exploration will give students a way to examine the history of those around them, but also their place within this most extravagant quilt of this country.

Please follow the lesson plan laid out at the beginning of the collection to see the best way to use it. #goglobal

Time Machine by H.G. Wells: Virtual Reality in the Future

In the Eye of the Beholder: Looking at Women’s Portrayal in Portraiture During the Suffrage Movement

This collection uses portraits from the National Portrait Gallery's exhibition, Votes for Women: A Portrait of Persistence. These resources are intended to facilitate classroom discussion about how women were portrayed through art during the suffragist movement. Participants are encouraged to think about who creates portraits, what motivations may exist in their creation, how the portraits were used within the movement, and their potential impact, intended or not, on the suffragists' cause.

Exploring Social Justice with “One Life: Marian Anderson” and “In Mid-Sentence.” 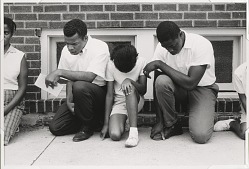 Protest Then and Now

This collection includes images of different types of protests from the women's suffrage movement to contemporary issues. #ethnicstudies 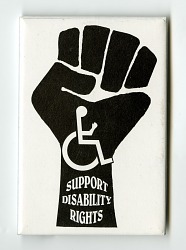 The Intersection of Race and Disability 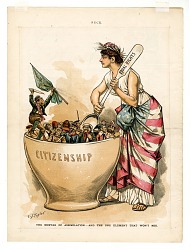 Primary source set asks students to examine whose voice is valued in U.S.A.

From 1619 to the American Civil Rights Movement to Today

This collection brings together the New York Times Podcast 1619 (Episode 1, "The Fight for a True Democracy") and Smithsonian resources to support my 7th graders as we begin our unit on the American Civil Rights Movement. Later in the unit, the students will read March, a graphic novel based on the experience of Congressman John Lewis during the Civil Rights Movement. In order for the students to understand why the Civil Rights Movement was necessary, they must first understand the history that led to it. This collection does not, by any means, provide a complete or comprehensive history. The podcast provides an historical overview and will serve as a jumping off point for further research. The visual artwork, poetry, articles, and films included at the end serve to provide additional perspectives and opportunities for exploration. The students will develop their own research questions inspired by the thinking they've done throughout this collection and may use the additional resources provided to begin their independent research. A PowerPoint lesson on developing research questions is included.

The collection is organized into six lessons. The first five follow the same structure: students will explore a piece of visual art using Ten Times Two and Unveiling Stories, using the handout to record their ideas. Students will then listen to a portion of the podcast and use Think, Puzzle, Explore to document their thinking and record questions for further research. After listening to the podcast, they will return to their Unveiling Stories handout and add any new thinking. The sixth lesson brings the students from history to the present and asks them to consider the 2014 artwork New Age of Slavery by Patrick Campbell using Ten Times Two and Unveiling Stories. They will also listen to an NPR report on Black Lives Matter. Following the same format as previous lessons, they will document their thinking and questions about what they've heard using the Think, Puzzle, Explore handout and then return to their Unveiling Stories handout to add new ideas.

Please note that the podcast link (including daily listening timestamps), the Unveiling Stories handout, and the Think, Puzzle, Explore handout are all linked at the start of this collection, but will be used each day (see daily lesson plans). 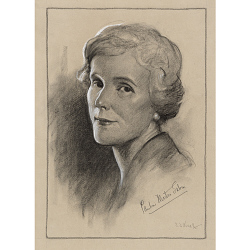 Exploring significant events, people, and movements of the 1920s and 1930s through artifacts from that time period. 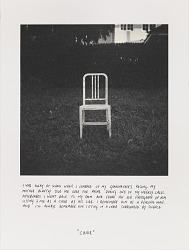 Can objects have meaning? What is symbolically meaningful in your life?  Through photography and text, use aesthetic choices to make your meaning visually strong.

The first image is from the Smithsonian collection. The other images are from students at Horace Greeley High School in Chappaqua, NY.

Inter/sected, was a photo exhibit on display at the City of Austin's Asian American Resource Center July 5 to September 22, 2019, that celebrated the intersected identities of Queer Asian Pacific Americans. The AARC worked with local Austin photographer Ben Aqua. Ben has titled their photo series “Slaysians,” portraits of LGBTQ+ Asians/Pacific Islanders on their Instagram account at @b3naqua. Ben's pronouns are they/them/theirs.

Teachers and students may use this collection to discuss intersectionality, Asian American identities, gender spectrum/non binary, culture and resistance to assimilation, and expressions through art.  Articles, photographs, and supplemental film, podcast and archive resources are included for further analysis on queer Asian American experiences in the US.

CAMINOS is an immersive; one year long paid internship empowering Austin-area Teens to carve their own path in the creative arts. Students work alongside ESB-MACC professionals on a variety of community oriented activities, projects, and exhibitions.

Beauty/Truth/Revealing/and Concealing: Adding complexity to a literary analysis (Wrap up lesson with "A Doll's House," by Henrik Ibsen) #SAAMTeach

While this lesson revolves around Henrik Ibsen's "A Doll's House," it can be used in conjunction with any work of literature featuring strong characters - the type who generate potentially negative reactions among students, such as: "I hate him... There's nothing good about ______....he's the villain... she's the hero, etc." The lesson is designed to push students out of their comfort zone, give themselves permission to speculate and entertain a variety of viewpoints, and as a means to step away from the literature they just read, then step back in with perhaps a more open-minded approach.

This is a discussion-heavy lesson, requiring some patience on the part of the teacher not to jump in and fill in the gaps. But after completing it the first, second, and then third time, I could definitely sense the students were now more apt to be "risk takers" and more "open minded" with their interpretations and insight.

Step by step instructions follow in the "Notes to Other Users" section. #SAAMTeach